How To Lead Through Bad Times 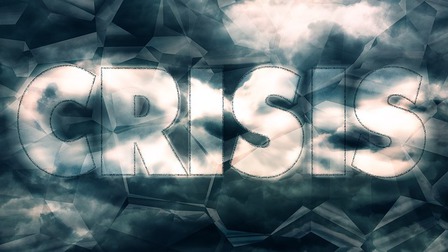 How To Lead Through Bad Times

More than any other time when things are bad we turn to our leaders. A workplace can be stressful in normal circumstances but when obstacles seem to be too big for the team to overcome and the future is uncertain stress levels rise and this impacts the productivity of the team. It could be a change process, a downturn in sales or a sudden departure of key staff. Whatever the reason, when we are uncertain we need direction and we seek that direction from our leaders. While these times of high pressure can be difficult for staff they can be even more challenging for our leaders who have to provide the much needed direction, so how can a leader effectively lead during bad times?

Good leaders control how they feel.

The key to understanding how to lead in bad times is to understand human behaviour both from the individual and team perspective. The first step for the leader is the realisation that they are in complete control of how they feel. The situation around them will certainly influence them but it's them and no one else who determines how they react to a situation. A stressful situation is only stressful if allowed to be stressed. Situations could instead be see on as a wonderful opportunity, to create a mindset which is more likely to get the desired result.

Remember the ABC of leadership

When people are worried they need certainty a reassurance that there's a plan and belief that the plan will work both of these require the leader to remember their ABC. The ABC of leadership stands for Always Be Confident. If you are doubts as a leader that's fine and it's even natural but you can't show those doubts to your team, they want you to be confident so that's what you need to be remember that in times of stress everyone's instinct are heightened so every concern or doubt is magnified so as a leader you need to show absolute confidence in the future and if you are not confident then fake it until you make it.

The common mistake that happens during bad times is when people get caught up in an endless debate of who's to blame, who's fault it is for the situation that they are in. When this happens, there is no progress and teams will never move forward. I've had the honour to lead on several occasions and I've always made it clear that if any mistake occurs, I never under any circumstances want to hear people talk about who's to blame. All I want to hear about is solutions, and after the problem is fixed and things are back to business as usual it's time to review what went wrong. who did what and what we need to do to avoid mistakes in the future but in the moment when a mistake has been made, the team needs to focus on the present because the solution needed today doesn't exist in the past.

People are instinctively designed to fear the unknown so as part of our self defence mechanism our brain does what it can to eliminate the unknown even if they have to make something up to do so. In the workplace during the bad times this means that if there are gaps in information people will fill that information gap with rumours or assumptions both of which can be very damaging to the long term prospects for the team. The leaders need to supply as much information as possible during this time as long as it doesn't take time away from fixing the issue. Remember if there are questions unanswered people are more likely to imagine a bad outcome rather than a good outcome so answer as many questions as possible and don't be afraid to tell people you don't know as long as you can tell people when you will know.

Have an action plan

To go from where you are today to where you want to be in the future you need an action plan to bridge the gap between the two. There are many different types of action plans but all the successful ones contain the same basic components. They answer the what, how, when and who. Each action point has details of what is going to be achieved, how it's going to be achieved, when it's going to be done by and who is ultimately responsible for making sure it will happen. The last or is often overlooked but bad times require people to stand up and take responsibility and be willing to be held accountable for their actions.

Good times exist because of the bad times

The last thing for every leader to remember is that there is good within every bad. If your team is struggling through a change process or through a period of poor sales you need to find the lessons that exist within every failure because times change and when times are better the lessons you learnt during the bad times will make the good times last longer.