How To Create A World Class Team 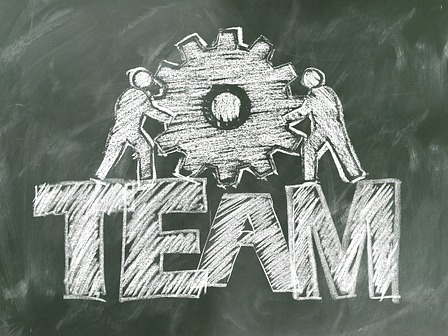 How To Build A World Class Team

In the sports world, it's the All Blacks, the most successful sports team in history. In the business world it's Netflix, the streaming entertainment company who went from the brink of bankruptcy to becoming a $60 billion global giant. Wherever you look there is always one team that stands above the others, the team that is world-class. It's these type of teams that every leader aspires to replicate within their own team, yet many fail to achieve this lofty goal. My job as a Leadership Coach is to show leaders how to create such high performing teams within their own industry and the first thing I tell them is that the key is not to copy what these world class teams do but instead copy why they do what they do.

I recall a story of All Blacks Coach, Wayne Smith, talking to some English coaches, when they were asking him about the methods and techniques that the All Blacks used and they were surprised that Wayne Smith was more than happy to answer their questions. After a while and after making many notes, one of the English coaches paused and queried why Wayne Smith was so comfortable sharing this information and wouldn't the All Blacks be upset with what he was doing, to which Wayne Smith laughed and replied that the All Blacks weren't interested in what he knew today they were only interested in what he would know tomorrow. If you copy a world class team you will only become a copy of the team they were. When you want to succeed in business or in any industry you must understand what they will be tomorrow. In order to do that you need to know the theory of building world class teams.

When creating a world class team imagine you are building a house. What do you need to build and in what order. You would need to put good foundations in place and once that is done the next step is the structure of the house, the pillars and finally the roof, without which none of the other work is useful. The  same approach applies when building a world class team.

The Foundation: Values and culture

The first step towards building a world class team is to establish the values and culture. This is the core beliefs of the team. Who they are and what do they stand for. I often see teams look at values and cultures and view this as an opportunity to set down the rules of how people should conduct themselves in front of others. While this is mostly correct it's not completely what it should be about. Instead it should be about what you want people to do while others are not watching. Ask yourself what do you want your team to be known for and within this answer you will find the foundations of your team, your values and culture and these will guide the team and be apparent in every future decision they make.

This is the step that many teams get horribly wrong despite their best efforts. Once you have your values and culture in place you then you have to recruit people who truly believe in what you believe in. If  you don't which many teams don't then eventually the exam will become undone or at the very least you will find the growth of your team stalls. This is highly apparent when the team grows quickly due to success, everything starts well yet as they get bigger the values are reinterpreted and alters and before the leader is aware the team loses its direction. This is something that Netflix navigated exceptionally well as they achieved massive growth year after year, they placed their values and culture as the integral part of the business and only recruited and retained people who genuinely shared those values.

The Four Pillars of Motivation

Good leaders have the ability to motivate people which is fine but if you want to become a great leader then instead of motivating people you need to learn how to create environments that allow people to motivate themselves because if you don't the motivation will only last as long as you are present and if you leave or walk away so does the motivation. It's the environment that matters and for that you need the four pillars of motivation.

In order to operate at a high level people need to feel safe and secure, they need to be comfortable to express themselves and to know that those around them trust and believe in them. Do their colleagues and leader care about them, not because of their role and work but because of who they are as a person. Good leaders focus on what it takes for their team to want to succeed yet great leaders focus at removing the fear of failure.

If you have ever spent any time with anyone in the elite armed forces, such as the marines in the United Kingdom or the Navy seals in the United States you soon realise that their key motivation for going into battle and risking their lives is not because they are adrenaline junkies or even that they truly believe in the cause it's because of the man next to them. They risk their lives for their team mates because they know they will do the same for them. World class teams have world class relationships.

There are many rewards for a rugby player who becomes an All Black.  There are the obvious monetary rewards, the ability to become famous, the recognition in the street and the glory of collecting trophies, yet the one thing that every All Black mentions as their main task is the leave the jersey in a better place than it was when they were given it. They always remember they are just custodians of the jersey. To build a motivated workforce ensure that people are striving to achieve something that is greater than themselves. Achieve this and you will create motivation that is more powerful than money or personal glory.

When employees start in a company they tend to be naturally motivated and typically, studies have shown that with each subsequent year their motivation level drops. This is because growing, learning new things, pushing your limits is a major factor of motivation and once you stop learning or stop progressing within a team then your motivation leaves you. When you research a team like the All Blacks you realise their aim is surprisingly not to beat the next team but instead their aim is to beat their own best performance because they know if they achieve that, the score will take care of itself.

You can build the best foundation and structure possible in a building yet if you don't have a roof then you are still going to get wet when it rains. To build a world class team you need a roof and that roof is clarity. The Leader’s role on a day to day basis in any high performing team can be described in one word which is clarity. The leader needs to ensure that everyone understands each other and everyone has the same definition of success both for the team and for themselves. Personally ask yourself how does each team member know when they are doing well and when they are underperforming and if they are underperforming has the leader provided the clarity so that they know exactly what to do to become better.

There's a reason why world class teams stand above the others. The path to greatness is difficult but no matter what industry your team is in, no mater your size or your financial resources you can  lead your team to the top. I know for certain this is possible because I've personally helped many teams on this journey. It's  a long journey but it starts right here with understanding the theory of building world class teams.