How To Create A Vision For Your Team by Mark Wager 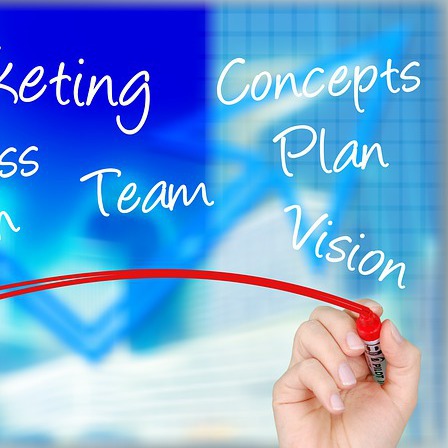 How To Create A Vision For Your Team

The most successful teams are the teams with a compelling vision of what success looks like. In these cases the leader is able to articulate in a statement their vision. Their vision is an inspirational description of what the team would like to achieve and a defined direction as to how to achieve that goal.

There are many stories out there about teams who have used a clear vision to inspire their team to great success. In sport the Fiji Sevens inspired the world by winning Fijis first ever gold medal. In business Apple changed how we live our lives by going from the brink of bankruptcy to releasing the iPhone and iPads and by doing so has become one of the most powerful companies in the world. Stories about how a team's vision has inspired them to great success can be found in every industry but the importance of a team having a vision is not just anecdotal, there are many studies that have shown just how important a leader with a vision can be.

Why have a vision

John P Kotter and James L Heskett wrote a book called Corporate Culture and Performance. In the book they conducted a comprehensive study on companies that had a very strong core ideology and a vision which was communicated over and over again to their team and they compared the achievements of these companies to ones that didn't have such a strong vision and the differences were remarkable .

Visionary companies had on average:

Having a vision for your team isn't just the right thing to do it's also the most profitable thing to do but how can a leader create a vision?

Ask yourself why does your team exist?

Not all visions are created equal. Just having a vision isn't enough to guarantee success. There has to be some core ingredients, the first of which is that they answer the question of why the team exists. Its important not to confuse the "why" with the outcome. It's not what the team produces that will inspire them to greatness but the reason why they are doing it. There's a company called Quest Nutrition that has an outcome of making healthy nutrition bars for people to eat. Now their vision could easily be to sell a certain number of bars over the next few years but instead they asked why, why they existed and why are they making health bars. So their vision for the team instead became to end metabolic disease by creating a range of healthy food products. Quest is one of the fastest growing companies in the world with over 57,000% growth in its first three years of operating. The power of the vision starts with answering your "why"

The next component of a successful vision is to have high performance standards. The team needs to be able to push themselves in order achieve success. If you set the goal too low it becomes easy to achieve and no one gets inspired by doing something easy, it has to be hard, it has to be challenging and the outcome has to be at the very beginning doubtful. Studies have shown that the perfect goal is between 3%-7% beyond the teams current ability, not current results but ability. The best way to think about it is to ask yourself what are the chances that we can achieve this goal, if the odds are over 50% then the goal is too low. Be brave and set your goal higher. The more challenging the goal the more inspirational it will become for your team.

In my experience the most common reason why a team's vision fails is not because the goal is too high but underestimating how much it's going to take to reach that goal. A journey to success is like every journey, you can only get to where you want to if you know where you are starting that journey from. Then and only then will you be fully aware of how much work the journey to success requires. People often overestimate just how good they and their team is, it's a common problem and one that can only be solved by being completely honest about your current performance. When Sir Clive Woodward took over the English Rugby team, he had a vision of winning the World Cup and knew that the team had to have players who could operate under extreme levels of pressure but he didn't know what this looked like so he took his team to spend time with the Royal Marines, a group of people who are considered the best in their field. This helped Sir Clive Woodward identify who could and couldn't operate under pressure and put a plan in place to work with them. Four years later they won the World Cup. Not everyone has this type of resource but every leader has the ability to make their team find out what has worked for them and what hasn't, what are they confident about and what makes them nervous and discover their ideas. The more knowledge you have the better you know where your journey to success starts from.

Develop a strategy for action

There are many teams that have a vision but very few are able to realise that vision. It's because it's far easier to plan than it is to act. All visions require a strategy of action, going back to the journey analogy this is the map to get you from where the team is to where they need to be. The key question to ask yourself in order to develop this strategy is "what do we need to do everyday in order to make the vision real?" Every long journey consists of a series of small steps so the leader needs to know what their teams small steps are. It will be different for every team and every vision but once the team sees the significance in their work especially in the small tasks that may seem mundane then you will learn what the best leaders already know and that is to achieve greatness the leader doesn't focus on motivating people instead the leader focuses on creating an environment that allows people to motivate themselves.

It's difficult for a leader to establish a vision that will inspire their team to greatness but greatness never comes easy. Imagine the vision as a journey and like every journey there has to be a reason why the leader is making the journey, a reason that is convincing enough to get others to take the journey with the leader, then identify where the journey is starting form and how to make that journey, the direction the team needs to go and the performance standards required to do so. If the leader can do this then the vision will become the reality.

"Leadership is the capacity to translate vision into reality" - Warren G.Bennis" 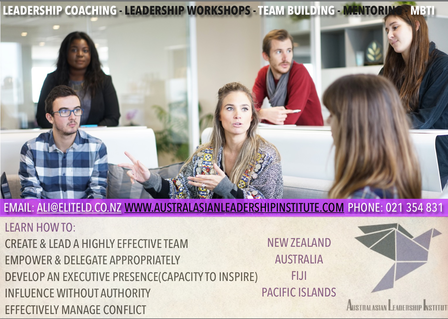