How To Ask For A Pay Rise 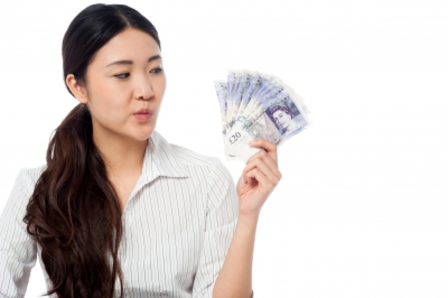 How To Ask For A Pay Rise

I received a email recently which a lot of you will relate to. The email was from someone who had been in the same job for a while, enjoyed the role but during the past few years her workload has increased yet her salary remained the same. She wanted to stay in the role but felt undervalued and wanted to approach her boss for a pay rise but wanted some guidance on how to do this. This article covers my response.

I've been in managerial roles for over twenty five years in different countries and industries and I've been in many situations when people have asked me for pay rises and on some occasions, I've asked for a pay rise myself. I've seen patterns arise from requests that have worked as compared to ones that have failed. Firstly, I need to point out that every situation between an employer and employee is unique and there's no technique that will guarantee success. However, having been on both sides, what I can tell you what behaviour works and what doesn't quite work.

The majority of people fail when asking for a pay rise because they fundamentally present the wrong argument. The most common request is "I feel undervalued, I've been here a long time or I work hard so I deserve a pay rise." The argument is portrayed as a value based position suggesting that a wrong has occurred that has to be fixed. This places the employer is a position that they are accused of not valuing their employee and places the employee and employer on opposite sides of an argument. This is unlikely to succeed yet there is a far better way to approach this.

The argument for a pay rise needs to be viewed as a business case. The relationship between an employer and an employee is a business one even if it doesn't feel like that. Just because people get on well it doesn't change the fact that this is still a business relationship. The employer requires services from the employee and remunerates the employee in exchange for those services. If you doubt this then just ask yourself how long would you carry on working if you stopped getting paid. You are involved in a business arrangement with your employer and now you want to renegotiate the terms of that arrangement.

The first stage of negotiation needs to make sure that both of you are not opposed to each other so instead of portraying the pay rise as a wrong that needs to be corrected you must present it as a problem that you have and you require assistance to solve that problem. Imagine instead of saying "you don't pay me enough" you said "I need your help. I really want to stay with our company but I'm finding it difficult because there are other companies offering more money for the same position. I'm trying to find reasons to stay. Can you help?" The second statement positions both parties on the same side of the negotiating table which makes an agreement far more likely while keeping the ownership of the issue with yourself rather than delegating it to the employer.

The second stage of the negotiation is to present a business case. Like every business case you have to articulate the return on investment. If your employer spends X amount of money on you then what will they get as a return. This way the discussions become an investment decision rather than a reward decision. Investment decisions will always be more attractive to businesses because the focus is about moving the company forward. Ask yourself why should your employer pay you more? Will you be prepared to perform extra duties or take on more responsibilities? On many cases the employee is already doing the extra work which is an issue because if you are doing the extra work then the employer has already renegotiated your work arrangement and by doing those extra duties you have agreed to that new arrangement without extra money. If this is the case then you need to ask what would be the starting salary of your replacement if they had the same experience as yourself? If it's feasible that your replacement would be paid X amount extra then it's a sensible business case for you to have X extra money and the employer avoids the additional loss of time, cost and risk of recruitment.

Be prepared for some harsh truths. If you are unable to build a good business case with reasons why you should be paid extra then you may have to face the reality that you don't deserve a pay-rise. Alternatively if you are convinced about your value in the marketplace it doesn't mean your employer has to agree with you and if they don't then the reality is maybe your employer may not care about you to the same extent as you care about your employer. The truth is that more often than not, during this process you may find out that another employer may value you more. Never ask for a pay-rise unless you are prepared to walk away from what you currently have.

Every situation is very different and needs to be treated as unique but overall you will have far more success when asking for a pay rise if you can frame the discussion as a business case rather than an emotional debate and like every negotiation, agreement is more likely if both parties are positioned on the same side of the argument. So next time, instead of asking for money ask for help. If you are working for the right employer then they will understand your position and why they need you and will do everything within their power to help you stay simply because in helping you to stay they are really helping themselves and the business.

About the Author:
Mark Wager is an award winning Leadership Coach and Keynote Speaker who specialises in developing leaders across the Asia-Pacific region. Mark designs and facilitates leadership development programmes as well as offering individual coaching to leaders of all levels. Mark can be contacted via the enquiry form below.