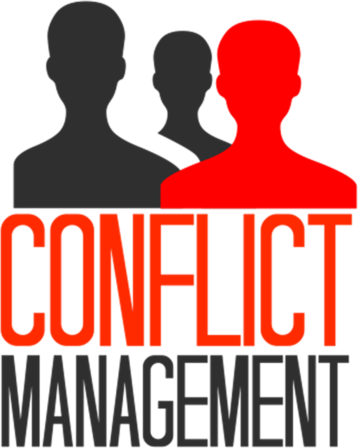 Without doubt, the most popular topic I get asked questions on is conflict. Regardless of the level they are at within their organisation, whether at an entry level or senior executive, conflict and how to deal with conflict situations poses a significant challenge for the vast majority of leaders. In this article I will look at the most common barrier to effectively dealing with conflict and what it takes to overcome this barrier.

Conflict can be positive

The first step in becoming comfortable with conflict is understanding that conflict can be positive. While there are a lot of negative thoughts about conflict we need conflict in our lives. Raising issues, telling people you are not happy, suggesting that things can be improved, telling people they are doing things wrong are all potential causes for conflict but if this is addressed correctly, it can also be the starting point for significant improvements for individuals and teams. When I look back on my own managerial career my biggest failures were the result of not having enough conflict within the team. I recall an instance when I was responsible for a government department and I had to introduce a series of changes. As you would expect, I consulted with the team about what the changes would be and I proceeded with its Implementation only to quickly discover that the changes were wrong and were never going to work. I was dismayed to find out that the team weren't surprised and knew the changes wouldn't work but didn't feel comfortable telling me. It was then that I realised that the best teams don't eliminate conflict the best teams have a lot of conflict but they know how to effectively deal with the conflict in a way that shows honesty and respect to everyone.

Conflict occurs when two or more people have different perceptions of the same situation and believe that those perceptions are incompatible. I say perception because in my experience the majority of conflict is as a result of misunderstandings, I would say that in over 95% of circumstances when I've been asked to deal with a human resource or conflict issue in the workplace it was resolved when people realised the misunderstanding. It's very rare that the conflict was started on purpose, something that people find difficult to accept at the start of a conflict.

Listen to your inner narrative

The solution to conflict is to understand your inner narrative. This is the little voice that is inside all of us which puts our experiences into context, this is our instincts given a voice, this inner voice tells us the intentions of others even when we don't know for certain, like a narrative in a story it tells us what is going on so that we can make what we believe are the right decisions. This inner voice, this narrative is so much a part of our lives that we don't even notice it. We are like fish in water. The water is so ever present that the fish don't question the water's existence. The problem is that our inner narrative is not always right, yes there are times that each and every one of us have experienced when we have been faced with a situation and we reacted in the moment that was just right and we said the right thing at the right time and we felt great, yet if we were all being honest we have also done the opposite. We have said the wrong thing at the wrong time and we instantly wished we could take it back. None of us are perfect we all make mistakes. There are times when our inner narrative tells us the wrong story and we react the wrong way causing unnecessary conflict.

What the best leaders strive for is what is called in leadership psychology "precognitive genius" the ability to develop an inner narrative that makes them react instinctively the correct way and this is not just useful in leadership or the workplace but for anyone who wants to be successful in life or in any relationship. The key is to challenge your instincts, your inner narrative and the story you are being told. This is difficult because often your instincts are correct but they are not perfect and it's the times when they are wrong that conflict occurs which leads to failure as a leader, as a colleague and as a friend. Your inner narrative is based on assumptions and assumptions have to be challenged and replaced with facts.

Imagine a scenario when a leader has to address poor performance. This is a common one with leaders at all levels. The leader naturally hesitates having the conversation because they listen to their inner narrative and to the story that they are being told? The staff member may get upset, talking to them may make things worse, things will sort themselves out, there are other things which are more important. With this story going on in the leader's mind it's not a surprise that no action is taken, and if this sounds familiar, it's because too many people go through this thought process every day in workplaces around the world. Now what would happen if the leader challenged the story that their inner narrative has created? It's time to challenge the assumptions. Why would the staff member get upset, especially if that is not your intention, if your intention is to help them do their job better, to stop them making mistakes which could lead to them damaging their career prospects or even losing their job. You are not their enemy, in fact you are their best friend in the world because you are going to help them. Challenge your story, why would the problem sort itself out? Poor performance happens when people either don't know what to do or don't want to do what they've been asked to do. In both circumstances the poor performance will repeat itself until someone intervenes and addresses the situation. This is why leaders exist. Just with a few questions you can easily see how the story you are telling yourself changes. This is the fundamental basis of becoming proficient at dealing with conflict.

When leaders ask about how they can deal with conflict they instead need to ask themselves if they have the true story because the path to becoming a better leader always starts within. The leader can only lead others when they are able to lead themselves.