How To Motivate Your Team After A Bad Week 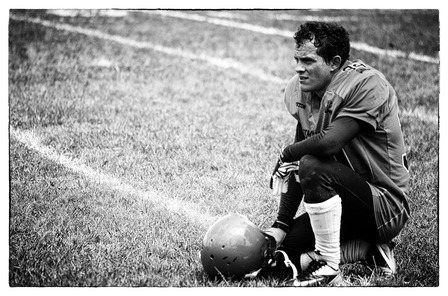 Motivating Your Team After a Bad Week

It’s easy to motivate a team when everything is going well because people like success and the feeling that winning brings but when things go wrong, it's different. It's much more difficult to motivate a team when things are not going well. No matter how good the team may be everyone at some time has a bad week, when a mistake is made its just takes the wind out of the team’s sails leaving it deflated. When the team was once loud, now it’s quiet, when once it was supportive, now people are blaming each other. The motivation is gone and it’s up to the Leader to bring it back. it's  a challenge for any Leader so in this weeks article I will explain to you how to motivate a team after a bad week.

‘He who fears being conquered is sure of defeat’ - Napoleon Bonaparte

When things go wrong people feel a range of emotions. They feel disappointed, hurt, upset and even angry. The first thing a Leader needs to understand is that these emotions are actually  positive rather than  negative because it shows that people care. Losing is meant to hurt. Just  imagine if something went wrong and the team is happy about it or even ecstatic, that would be much worse. The  quality that is most difficult for a Leader to install in a team is making people care. If people already care then everything else can be sorted out. It’s fine for a team to feel emotional as long as it doesn’t stay emotional.

If you make a mistake then congratulations you are human. We all make mistakes yet if you continue to make the same mistake then unfortunately you are incompetent. When the team makes a mistake the Leader needs to guide the team through a quick review process, a discussion about what went wrong and why as well as what needs to happen to ensure that the mistake never occurs again. It’s important that this discussion is quick and clinical. It need not  last too long otherwise there is a danger that the bad work overshadows all the good work the team does and it needs to a very professional conversation without any sense of blame.

‘The greatest accomplishment is not in never failing, but in rising again after you fall” - Vince Lombardi

In order to turn defeat into victory a Leader needs to turn the negatives into positives, embracing the lessons that failure offers and using them to make the team stronger and it all starts wth the Leader. The team is influenced by the Leader’s behaviour, how the leader conducts him or herself sets the mark for how the team should behave. If the Leader is blaming people then the team will do likewise so it’s vital that the Leader remains positive and confident even if  not feeling so. The Leader needs to highlight the teams strengths, the lessons learnt and a full belief in the teams ability. Every team loses but it’s the great teams that rise again.

The simplistic and most effective way of motivating a team is to provide it with a purpose that is greater than itself with a belief that it can fulfill that purpose. For a minute have a think about the All Blacks, the worlds most successful sports team. Do you think they need motivating especially after a loss? The answer is no because they know what the jersey they wear stands for, the famous black jersey represents something greater than the individual. When the players put on their jersey they know they are representing their country, their family and community all of which are far more motivating than any personal ambition and the same principle can apply to any team.

Even though it’s just a black jersey, it represents something far greater and the players have clarity about what this means. As Leaders you need to do the same with your teams purpose. They need to understand what the team represents, why  it exists and who does it impact? Leadership is all about clarity and in order to motivate a team after a bad week you need to put the mistakes and the emotions around those mistakes into context and find the important lessons without making it so overwhelming that it drags the teams down. Once these lessons have been identified and embraced then the focus has to be completely about the future, what needs to happen next and most importantly why. Provide  clarity about what the team stands for and why being successful is important. If a Leader can achieve this then any bad week is just a step towards more  successful and great weeks ahead.