How To Deal With Conflict & Still Maintain Good Relationships 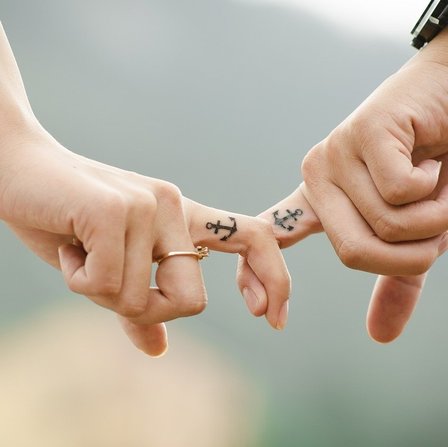 How To Deal With Conflict and Still Maintain Good Relationships

It’s that moment as a Leader when you know something needs to be said. Maybe someone has done something wrong or said something they shouldn’t have. It’s your role as a Leader to intervene and say something yet you hesitate because you are concerned that this discussion despite how necessary it may be will have a negative impact on your relationship and before you are aware of it time has passed and so has the opportunity. The conversation remains unsaid. If you have ever been in this situation at work,  you are not alone. Conflict is one of the most difficult challenges a leader can face so in this week’s article I want to share with you some tips on how to deal with conflict and still have good relationships.

Tip One: Stop telling yourself that conflict is bad.

Are you currently in or have you ever been in a long term relationship? If the answer if yes then ask yourself whether during your time together, you have ever had a  conflict? It would be incredibly rare if the answer was no because not only is conflict natural but it’s also necessary. Conflict is required in order for people to improve and  to become aware of the impact of their actions. Most  people don’t know they are doing something wrong until someone makes them aware of it and while that may seem like a bad conversation, if approached correctly, the benefits are huge. Most relationships are strengthened due to having courageous conversations and the same can happen in the workplace. So stop thinking conflict is bad.

Tip Two: Focus on the behaviour and not the person.

Conflict can tend to turn negative when people feel like they are being personally  attacked so when you are addressing someone make sure you focus on the behaviour rather than the individual. Here  is an example. If you have a member of the team that is coming to work late everyday and this is causing problems for the rest of the team who view this behaviour as unprofessional then when you approach the situation you talk about the behaviour which is coming in late to work. If you accuse the person of being unprofessional then you are attacking the person. The key to handling conflict positively is to say that the persons behaviour is bad not the person themselves.

People tend to do things that are important and forget things which are not. Everyone at some stage has lost track of what date it is yet how many people have forgotten their anniversary and if you have then it’s unlikely you will forget it the next year. Now your anniversary is still another date but why are people less likely to forget their anniversary? It’s because it is more important and has greater significance. When you are approaching a conflict situation it’s because you want people to change their behaviour. So the best way to achieve a good outcome  is to make the change in behaviour important to the person you are talking to.

There was a study a few years ago in the United States which looked at how likely it was for people to go out and vote in the general elections. Some people were asked about it on the phone whether they would vote while others were asked online and some were asked face-to-face. What they found was that people who interacted face to face were  61% more likely to actually vote. People are social animals and we like forming connections with other people and we don’t like losing those connections which is why so many people find conflict difficult to deal with. So use this human trait to work for you rather than against you. When dealing with a conflict situation ask for a personal commitment. If people tell you to your face that they will change then it’s more likely that they will do so.

Tip Five: Get back to normal

The biggest mistake I see Leaders make with conflict is that they don’t know when to end the conflict. It tends to remain open causing resentment to build inside people only to manifest itself in the future either through slowly deteriorating a relationship or worse still in an unfortunate outburst. Once a conflict situation has occurred and a conversation has taken place then the conversation needs to stay in the past and only raised again if the undesirable behaviour is repeated otherwise make it clear at the end of the conversation that this matter is over and we will get back to normal. Remember it’s not enough to say something your actions have to support your words so make sure you deal with the individual in question the same way you would have done without the conflict.

As a Leader addressing conflict and having good relationships are not mutually exclusive. You  can have both. In  fact having good relationships are more likely. If  you have conflict it provides clarity on boundaries and the impact peoples actions have. When I talk about this topic I’m often reminded of a quote from the former President Ronald Reagan who once said..

“Peace is not the absence of conflict, it is the ability to handle conflict by peaceful means” - Ronald Reagan