How To Coach Your Team 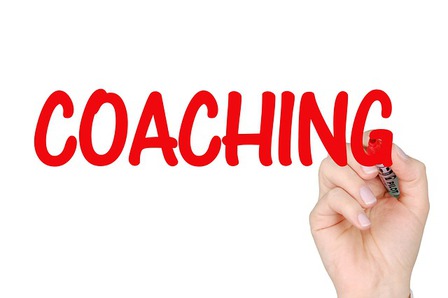 How To Coach Your Team

When you hear the word “Coach” you most likely think of someone in sport. Maybe someone like  Ben Ryan perhaps, who guided the Fijian sevens team to Olympic Gold or Steve Hansen, the current Coach of the All Blacks. Both people who are regarded as World-Class coaches who have developed their players and achieved high levels of success. Now the business world is taking these valuable lessons from the world of sports and bringing these coaching skills into the workplace.

I define coaching as the ability to take individuals to palaces that they haven't been before, while management has long been about making sure people do what they are instructed to do, coaching is much more about developing the individuals so that they will do the right thing without you even having to ask them. Coaching has long been prevalent in the sports world and the business world is following suit and are seeing the financial rewards of a coaching culture. A report  in 2011 by Pricewaterhouse Coopers came to the conclusion that the return on investment (ROI) for companies that invest in coaching is seven times the initial investment, that means for every dollar you spend on coaching you end up getting seven dollars back in terms of increased productivity and innovation. A similar study by Bersin showed that organisations with excellent cultural support for coaching have 13% stronger business results. Businesses are now starting to realise that having a coaching culture is not only good for the team but it's also good for business.

As an experienced Coach myself I can confirm the impact coaching can have in businesses and I can also explain what makes an effective coach. For me if you want to be an effective coach you have to successfully combine four different roles, a great coach is a consultant, a trainer, a therapist and a mentor.

There are many coaching models out there that stress that coaches need to enable the individual to discover their own answers to the questions they raise and that approach is valid yet it does have its limitations because what takes a person to the next level of performance is not discovering what they don't know instead it's discovering what they didn't know they don't know. There are times that people need their coach to have such a level of expertise that they can advise them the best way to solve a problem, This is where the skills of a consultant comes in.

The best coaches have the ability to identify areas of development on an individual and they know how to instruct and teach these new skills. Ask yourself how many games would a rugby team win if they didn't train their skills? Not many and now businesses are seeing the benefits of training, the better the capability of the staff the more the business can succeed. If you want to be a coach then you also need to be a trainer.

The most underestimated aspect of Coaching is the ability to understand the psychology of high performance. This will show you how everyone have a series of self imposed limiting beliefs (e.g. I'm not good enough), a mental attitude that prevents a person from doing more than they currently believe they are capable of. This requires time and the courage and skill to dig deep because some of these limitations are because of past hurt and the pain needs to be resolved before moving forward. This is why a great coach also has the skills for a therapist.

The last aspect of coaching is the ability to also be a mentor. A mentor is when a more experienced person imparts his knowledge, skills and experience to someone who is less experienced than they are. There's nothing more powerful than getting advice from someone who has already been through the challenges that the individual is now facing, it gives them a sense of reassurance and confidence that helps with their development.

Combine all four of these skills, the consultant, the trainer, the therapist and the mentor and you will become the type of coach that develops people, improves their confidence, their ability and ultimately the profits of the company.

We see coaching work every time we watch a sports team, just the idea of a team or a top individual athlete without a coach would be unthinkable yet there are still businesses that underestimate the benefits of having a coaching culture within their organisation. The evidence is clear that many businesses are seeing the impact that Coaching has on both people and profits. If you want to become a better leader then coaching is the answer.