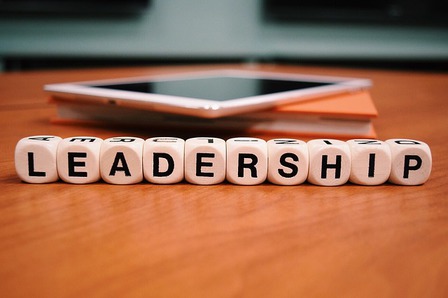 Here are some useful tips

Find Your Passion In Your Mission

Here's an exercise you can do. Go to someone you know and ask them to talk about two topics. They can say whatever they want but they will have no more than one minute on each topic. The first topic is any random topic you can find in the news and the second topic is the most important thing in the life of the person you have asked to talk. Just sit back and see the difference in how the speaker approaches the two topics. When they talk about what is important within their life, they are talking about their passion and that passion comes through and they naturally become more charismatic. The most effective leaders find their passion within their mission. It may be difficult at first and it may take time but when you find your passion you will become more charismatic.

One of the most simplest but most effective charismatic leadership techniques I have ever listened was when I was younger and I had a conversation with a leader who was much senior to me in the organisation. When I sat down in his office he took out his mobile phone and turned it off and then as he put it aside he looked at me directly and asked how could he help. The simple process of turning off the phone made me feel that I had his complete attention and he was fully focussed on the discussion. It was simple but very powerful to such an extent I still talk about it today many years later. There are many distractions in this world, the mobile phone was voted one of the most positive inventions in the past century and also one of the most negative inventions both for the same reason. We can be contacted anytime anywhere in the world. You can never inspire anyone if they don't believe they are worthy of your full attention so start turning of your phone and start listening to your followers.

People don't want to openly admit it but the truth is the most fascinating topic for a person to talk about is themselves. It's part of our human nature to be drawn to people and circumstances that give us a sense of significance. We want to feel important and be part of something that is greater than ourselves. When you talk to people who have just had a conversation with someone who they find charismatic you see a trend, once the charismatic has left the follower is obviously inspired and enthusiastic, they have this glow that is obvious for all to see and they often describe the leader as fascinating and inspiring yet when you ask them to break down what was actually said you realise that the leader didn't say much instead they asked questions to find out more about the  follower, the focus on the conversation was on the follower and not the leader. When charismatic leaders tell a story they make sure that the listener or the listeners are the heroes of the story.

Focus on Making People Understand Instead Of Making Them Agree

This is a common mistake I see when I train leaders. A lot of leaders spend a lot of time focusing on making people agree with them yet charismatic leaders instead focus on making people understand. The ideal scenario is to have both but understanding is more important because every experienced leader will tell you that in many  circumstances the right decision is not always the decision that everyone agrees with and that is why leaders exist. They exist to do the right thing even if they are in the minority. If everyone agrees all of the time then we wouldn't need leaders so when a leader communicates they need to focus on making people understand why decisions are being made. During this time the leader needs to make the right decision and the followers need to have a leader they can trust in. People will follow a leader entrepreneur if they don't fully agree with their decisions as long as the leader is someone they can completely trust.

Charismatic leadership is not something a leader can fake. People are too smart and pick up on a leader who is not being genuine. People may not be able to articulate why but they will feel something is just not right and that feeling is enough not to follow the leader. Charismatic leaders are genuine, they take pride in being honest if they give you their word then it is just as valid as a contract. They do what they say they will do. Their words match their actions. It's simple but very effective yet very few leaders do this because they allow their ego to get in the way of them becoming a better leader. It's a challenge to be aware of your limitations, it's difficult to accept negative feedback and admit mistakes but  charismatic leaders do just that, they are aware that admitting mistakes and limitations isn't a weakness it's a strength. In leadership a little humility goes a long way, followers don't expect their leaders to be perfect but they do want them to be authentic.