The Formula For Greatness 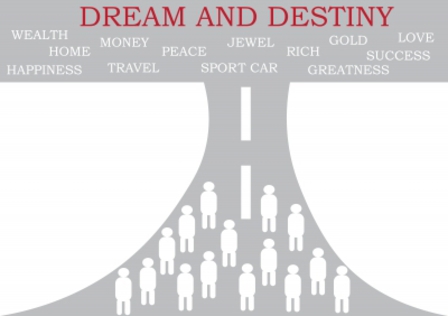 The Formula for Greatness

We have all felt that special almost divine moment. That moment when we are performing a task and time melts away, minutes feel like seconds and seconds are nothing but a blink of an eye. We feel full immersion in a task to such a degree that the task is no longer a separate entity we are the task. We do not notice the world around us, distractions don't exist. All we feel is the marriage of excitement and energy. We are in the place where greatness exists.

This feeling is not exclusive to any walk of life. It can visit regardless of our profession. It's when the rugby player is doubt free when he kicks the winning penalty, the musician is creating music for the first time, the comedian who has the audience in the palm of his hand or the businessman, who has closed the deal of a lifetime. These moments of greatness are temporary in nature and can visit any of us but only if we are worthy.

This feeling is called many things. In ancient times people would say that you have been visited by a creative spirit, your muse. Today it is known by different names. Some people call it being in the zone, while others refer to it as a state of flow, others cal it the void. Mixed martial artists call it Mushin or its English translation of "no mind" or just called greatness. Regardless of its name this feeling remains highly sought after by individuals and companies. A person's productivity, while in this state is considerably higher than normal, so it's little surprise that this state of greatness is so sought after. If only we had an idea of how to enter this state, maybe something like a formula?

Greatness is achievable by all of us. We just need to follow this simple following formula:

Every business that has achieved greatness has left a legacy. By greatness I don't just mean making a profit I mean they have achieved a legacy. The examples are endless but here is my example of finding the essence. When Enzo Ferrari, the iconic car manufacturer, founded the business he found his essence in speed and when asked why, he stated simply "I want to live life fast." This philosophy, this essence of who he was, influenced every decision he made which in turn influenced the direction of the company. It attracted people who shared this philosophy both in terms of employees and customers. Today Ferrari is so successful that it made over €50million last year just by the marketing of its essence. T-shirts, sun glasses, posters, model cars the horse logo of Ferrari is in stores all around the world and only a few of them are attached to cars. Ferrari doesn't just make money by selling cars but they make money from just the idea of being associated with Ferrari.

If you want to feel that moment of greatness, it starts with a feeling of uniqueness and feeling special with a sense of significance. All of these can be found when you discover your essence.

High stakes
The second part of the greatness formula is to have high stakes. When we watch a movie we are emotionally engaged in the outcome of the story because the hero has an obstacle to overcome. We become transfixed on what will happen because the obstacle seems unobtainable and those stakes are high. As the story progresses we start to believe in the hero's ability to overcome the odds and prevail. You will find the same principle in every great story including your own.

The higher the stakes the greater the motivation will be to succeed. Imagine your house is on fire, you are outside your house watching as the flames engulf your home. You realise your wallet or purse is inside. How motivated are you on a scale of one to ten, to enter the burning building to get your wallet/purse back? Now imagine the same scenario but this time your child is inside your burning house. How motivated are you to enter the house? The higher the stakes the more motivated we are to succeed. This is how we are wired and its been true throughout history. Around 3,000 years ago, Sun Tzu, the Chinese military general, wrote the Art Of War, a masterpiece on strategic thinking. He referred to this situation as "in death ground" motivation, when increasing motivation with increased stakes as when the battle was going poorly he placed his army in a situation that they had no option but to win or die in their death ground. A couple of thousand years later Miyamoto Musashi, one of the greatest samurai warriors wrote about the need to visualise death before a battle to such a degree that they knew just how high the stakes were. He knew that the only way to reach a level of greatness is to have high stakes.

None of the previous two factors of essence and high stakes will be effective without the third component. Greatness can never be achieved without an undeniable belief that it can be obtained. You can know your essence but it means nothing unless there are high stakes at risk and having high stakes will only lead to failure and great disappointment unless you have the belief to succeed.

On the 5th May 1954, the world record for the mile in men’s athletics stood at 4:01:4, this record was then considered near unbreakable as it had been in place for nearly nine years. During this period of over 3,000 days, people had continuously attempted to break the record and failed. The extent that people believed the four minute record for the mile was unachievable was best illustrated by a newspaper article during that time which suggested that man had reached his physical peak and if man were able to break the 4 minute mile barrier he would combust as a result. While this theory wasn’t universally acknowledged it wasn’t completely dismissed. Yet on the 6th May 1954 on an athletics track at Oxford University one man changed everything.

The previous record stood for 3,131 days yet Roger Bannister’s record which was only 2 seconds quicker stood for only 46 days. The impossible goal suddenly became achievable. Not only that but now that the “impossible” barrier had been removed, within the next three years an incredible 16 athletes broke the four minute barrier.

There are many obstacles preventing you from achieving greatness and the majority of them are created by your own mind. You are your own first obstacle and this can only be overcome by believing in yourself and then, only then will you be ready to overcome the other obstacles in life that separate you from greatness.

Don't live a life less than it can be

We feel inspired when we see greatness in others but this feeling of inspiration is an echo of what we can achieve in ourselves. Greatness is not the sole property of the few. Greatness belongs to each and every one of us. We just need to be prepared to reach for the greatness that's waiting for us.

The formula for greatness is clear. Discover your essence, find your purpose in life and then be preserved to raise the stakes to such a level that success seems almost unlikely and failure is not an option and finally establish the belief that greatness demands. Then just make it happen.

Image courtesy of jennythip at FreeDigitalPhotos.net