How to Stop the Epidemic of Bad Leadership 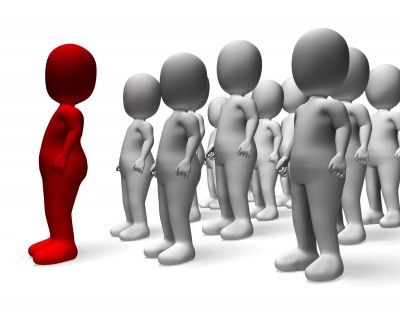 How to stop the epidemic of bad leadership.

I develop leadership workshops for leaders at all levels and I know from experience that investment in the leadership of your organisation for both current leaders and your emerging leaders will be the best investment you can make. If your organisation doesn't have an emerging leader's programme then you are not investing enough in your people and their future and the future of your company.

There are four steps to implement which once implemented, not only will productivity rise in your organisation but in addition, people will be coming to work everyday with a smile.

Imagine the following scenario. You go to work everyday and you do what you believe is a good job. You get on well with your boss and you enjoy your work, that is until a new boss arrives who has very different ideas of the workplace and your role within it. Then day by day you start to enjoy your role less and less until you come to a day when you feel that either you leave or your new boss does. This scenario is not difficult to imagine as it either happened to you or someone you know.

The relationship with your boss is a significant factor in determining whether you are happy at work or not. A study by the University Francois Rabelais, and published in the Journal of Business and Psychology suggests that having a bad boss not only impacts your happiness at home but also influences the happiness of your whole family and even your health. Bad leadership is an epidemic and exists to some degree in almost every organisation, but why do varying degrees of bosses exist in some organisations? It's in the best interest of the organisation to have a consistent level of quality leadership not only for the staff members' health but also for productivity. Its well known that the happier the employee the more engaged they are with the organisation and the more productive they are. Despite this epidemic of poor leadership rotting away the core of organisations all around the world costing money and damaging people's health, there is good leadership which is fundamental for any success. This article looks at how an organisation can rid themselves of the disease of poor leadership.

Step One: Create a Philosophy

The majority of poor leaders do not realise they are bad leaders and despite what their team may believe they are actually coming to work with the intention of doing a good job. An organisation needs to establish a clear philosophy which in simple terms describes the type of leadership they expect to see in their workplaces. It's the clarity of this philosophy that determines the success of implementing effective leadership.

Google, one of the world's leading companies, was recently voted the best place to work for the sixth time and has a clear philosophy. When Google was only a few years old, they published a list of ten things they knew to be true. A list that is still available on their website and they hold true today.

Focus on the user and all else will follow.
It’s best to do one thing really, really well.
Fast is better than slow.
Democracy on the web works.
You don’t need to be at your desk to need an answer.
You can make money without doing evil.
There’s always more information out there.
The need for information crosses all borders.
You can be serious without a suit.
Great just isn’t good enough.

A good philosophy is clear enough that it is able to be a framework within which all decisions and actions of an organisation fit within. So when a decision is being considered, the main priority is ensuring it fits within the philosophy.

Leaders create strong emotional connections which build loyalty, trust and engagement. These can only be created through honest open interactions through which the leader’s values are demonstrated. It is these very values that determine the effectiveness of a leader. An organisation needs to have values that guide leaders in their interactions with their team. Several organisations establish good values such as respect, integrity and so on but fail in the crucial step of imbedding these values. All too often values are just left on a mission statement but no effort is made to implement them or to confirm that they are in place. The danger of values are that they are description of positive qualities that every one likes to possess so we as people believe we possess them. People believe this to such a degree that when they break those values they are tempted to find justification for their actions in order to convince themselves that those values are still in place. During my time as a Manager I had the occasion to dismiss people for stealing and in each instance, the person facing dismissal justified their behaviour. I see far less extreme examples at workplaces everyday. A senior leader is convinced they treat people with respect yet they will offer someone a position without advertising it. How do you think this is viewed by staff within the organisation? I doubt respectful is a word they will use to describe it. An organisations values need to be displayed in the leadership behaviours that are expected from the leaders on a daily basis.
Step Three: Separate leadership from management

It needs to be clear that management and leadership are two separate strategies. Management is the control and responsibility of people and resources in order to achieve an objective yet leadership is the influence over people in order to achieve an objective. Leadership is not directly linked to a position while management is. As a result an organisations plan to manage and their plan to lead need to be separate. There will be a cross-over, but the plans need to be separate. It's becoming more common now for organisations to have a management team and a leadership team but they often fail with regards to how the teams are composed. I've seen CEO's make the mistake of having the leadership team the same as the management team but just with the inclusion of the next level down. Leadership is about influence so the leadership team needs to consist of the people within your organisation who are capable of influencing the team and are in positions created to allow this influence to be effective. This means they don't always have to be Managers.

For an organisation to thrive it requires leadership at all levels. It needs leadership at the strategic level, establishing and maintaining a vision and goal to drive the organisation. At middle levels it needs leaders who can implement plans to make the vision a reality and at the ground level it requires leaders who can ensure that things get done. Each level of leadership is equally vital but requires a different emphasis on the skills required to be successful. The training of these leaders need to reflect the uniqueness of the different levels of leadership.

“In order to live, man must act; in order to act, he must make choices; in order to make choices, he must define a code of values; in order to define a code of values, he must know what he is and where he is—i.e., he must know his own nature (including his means of knowledge) and the nature of the universe in which he acts—i.e., he needs metaphysics, epistemology, ethics, which means: philosophy. He cannot escape from this need; his only alternative is whether the philosophy guiding him is to be chosen by his mind or by chance.” – Ayn Rand, 1966, “Philosophy and Sense of Life”

About the Author:
Mark Wager is the leader that others leaders got to for advice. Mark is available for Team Building and Leadership Mentoring. Contact Mark via the enquiry form below.

If you like this article check out the new book by Mark Wager The Elite Guide To Leadership. Available at Amazon for only $2.99USD