Finding The Courage To Rebuild 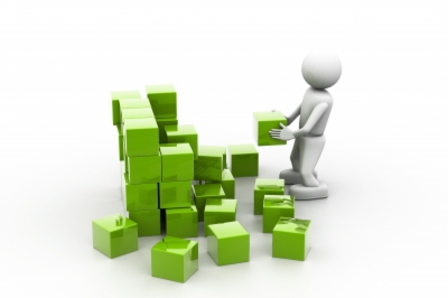 Finding The Courage to Rebuild

This last week has been tough for everyone in Fiji. I was in Fiji myself when the cyclone hit. I had just finished delivering a leadership training programme to a group of companies and individuals and had decided to stay a few extra days to enjoy a relaxing holiday in Fiji and then quite unexpectedly the cyclone warning came and flights were cancelled. The next thing I knew is that we were being hit by cyclone Winston. We've all seen the pictures. Many people have been impacted and if you are one of those people whose business has been impacted and you are facing the harsh reality that you have to rebuild your business under such challenging circumstances, then this article is for you.

I know the pain you are going through. All the time and energy you have spent for so long building your dream business is now in pieces. You may consider yourself a failure and you are questioning yourself whether you have the drive, the motivation or the passion to rebuild. Well! I'm here to answer that question. Yes! you do and not only can you rebuild but you will rebuild better than before and not only that, but this moment in your life will define you and it's in this moment that you will meet the real version of yourself. The version that doesn't give up and will rebuild your business.

During this rebuild period you will have several significant advantages, the first is that you've done it before. You've already built this business and that was when you were younger and had no experience. Just imagine everything you've learnt since then and now all that experience and knowledge will go into your new business and not only that but this time you won't make the same mistakes you made the last time because you are a better businessman now than you were then. Secondly there's more at stake. This time it's about your legacy and leadership is all about legacy. You remember the feeling you had the first time you built your business, the pride you felt? Well! just imagine how much pride you will feel when you show the world the courage not only to build one business but to build up two, now that is how to create a legacy.

In the business world there are many examples of businessmen who have had to overcome the odds and rebuild and when they rebuilt they did so armed with all the knowledge and experience that one can only find when discovering the courage to rebuild. With this courage they built something far greater than they ever achieved before.

Donald Trump has had to rebuild several times. In fact, Donald Trump has been declared bankrupt four times. Some people dislike him and some love him but you can't ignore the impact he has had on the business world. Each and every time he has come back stronger than before and today is currently the leading Republican candidate for President of the United States.

"Sometimes by losing a battle you find a new way to win the war." - Donald Trump

Richard Branson is one of the world’s most famous and successful businessmen and his business career is perceived as a great success with Virgin records and Virgin airways and are both recognised as a worldwide brands yet Richard Branson has also suffered some high profile failures with his forays in the soft drinks industry with Virgin Cola and the spirits industry with Virgin Vodka being complete failures. but he always found the courage to continue.

Mark Wager is an International Leadership Coach who visits businesses in the Asia-Pacific region, including Fiji in order to deliver leadership training and team building. A specialist in creating winning team cultures Mark can be contacted via the enquiry form below.