Dealing With Self-Doubt At Work 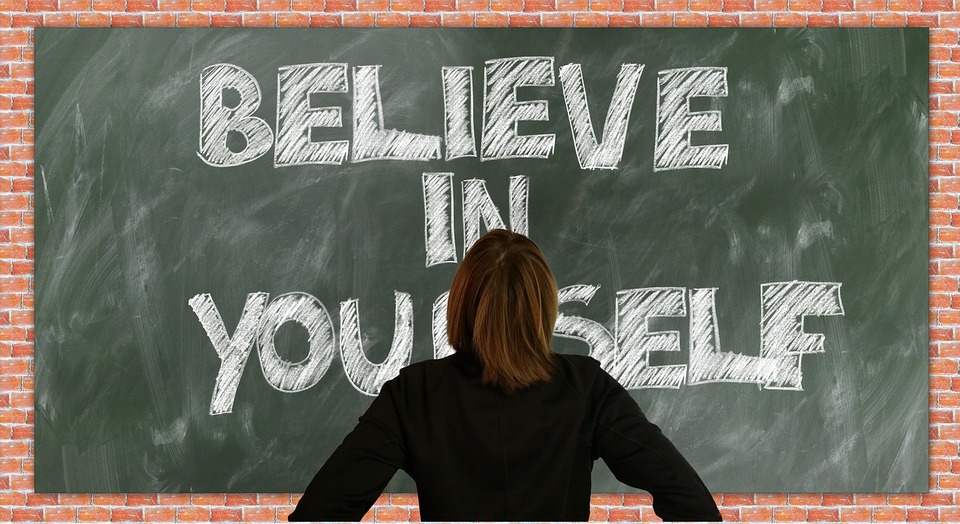 Dealing With Self-Doubt At Work

Have you ever been in a situation at work, when you feel you are not good enough in the Leadership role you are in? Do you feel that any success you have achieved is the result of luck? Do you feel that one day your Boss and co-workers will realise that you are not good enough? Do you feel that you only received your job or promotion because the company was short on candidates? Do you feel that the praise you receive at work is not deserved? If you have answered yes to any or all of the above questions then you are most likely feeling a sense of anxiety and an overwhelming feeling of loneliness, yet the truth is you are not alone. What you  are feeling is shared by many people in the workplace, people who are truely capable but have the opposite opinion of themselves. This situation is so common that it has a name. In Leadership psychology it’s called “The Imposter Syndrome”

The Imposter Syndrome is a psychological pattern in which a person doubts his or her own accomplishments and has persistent feelings of not being good enough and a sense of being  exposed as not being good enough. This constant self doubt can prevent highly skilled people from achieving their full potential and can self destruct promising careers and it’s incredibly common in the workplace, especially among Leaders.

You are not alone

Last year, a study(The Hub Events, August 2019) was conducted on 1,000 adults who are currently employed and have a minimum of three years  experience in the field within which they are working. The results showed  how much doubt  people have.

The impact of self doubt

Here’s a common scenario that I face as a Leadership Coach. A high performing individual has just been promoted into a Leadership role and with the new responsibility comes new doubts and when a Leader self doubts, it creates problems for the team because the self doubt causes the Leader to become more hesitant when communicating which results in the team doubting the instructions. The Leaders avoids having certain discussions because they don’t think they will go well so important feedback goes unsaid and even worse poor behaviours or performance is not dealt with. Just for a moment consider what  you would think about a Leader who doesn’t communicate in a confident manner and doesn’t provide effective feedback and doesn’t address poor performance? Well, I imagine you would consider them to be not a very good leader. So  a very capable Leader becomes a bad leader because of self doubt. So  how can you avoid this pitfall?

Confidence is the management of doubt, not the absence of doubt.

“Doubt is an uncomfortable condition, but certainty is a ridiculous one.” - Voltaire

Some people make the mistake of thinking the solution of self doubt is absolute confidence. This is a terrible idea because when  Leaders stop doubting themselves, they will make and continue to make more mistakes. Confidence is the management of doubt, not the absence of it. The best example of this was when I attended a talk of a Mental coach I know. He is well known world-wide for helping world-class athletes become more confident. At  the end of the talk I approached him to shake hands and the first thing he said was “Mark, was that good enough?” This is someone who from the outside is highly confident yet has emotional intelligence and humility and this allows him to always question his performance in a positive way that encourages him to be better. Doubt is good if you focus on what you can improve.

You can’t lead a team until you are able to lead yourself so you need to start by challenging yourself when you start doubting yourself. What you need to say yourself in these times is “why do I think this way? The key is to look for facts rather than assumptions. If you are concerned about how a meeting will go, ask yourself how do you know the meeting will go badly? Has it gone bad in the past? If not then there’s no reason to think it will. If  it has then what lessons have you learnt that will make the next meeting go better? This sounds a lot easier than it is in practice because people tend to consider the mind and the narrative it creates, but the mind is just a part of you and you can control your thoughts. Just like you can control  your arms and legs you can control your mind. Although your mind is a  part of you, it’s not you. You are something and someone greater and it’s you that controls your mind and determines  how you feel not the other way around.

Another practical tip is to define success in a particular situation. If you are about to talk to a team member about poor performance, which is a situation that causes a lot of doubt in leaders, before the meeting, ask yourself “what would a successful meeting look like?” The next stage is to look at what is within your control because to be successful you need to focus on what is within your control. You may want a person’s behaviour to change but you can’t control what someone else does, you can only control what you do which is to provide clarity on the impact that the individuals actions and the consequences of those actions. The All Blacks do something similar by not defining success by the score but their definition of success is having a perfect 80 minute performance. They know they can’t control what the opposition does nor the decisions the referee makes but by focusing on what they can control they know if they have a perfect performance the score will take care of itself.

You are not good enough - yet

‘We can not change what we are not aware of, and once we are aware we can not help but change” - Sheryl Sandberg

Remember no matter how good you are today you will naturally become better with time. Look back at everything you have learnt in the past and I guarantee you are better now than you were the first time you attempted it. It’s perfectly fine to tell yourself that you are not good enough as long as you add the word “yet.” You will find that the word “yet” is the most powerful word you can remember. It changes a permanent state to a fluid one so instead if saying you are not good enough you are reminding yourself that this state is temporary and you will get better. It's  just a matter of how quickly. Just adding the word “yet” to any negative statement will focus your mind on the process rather than the outcome. I can’t do this.....yet. I don’t know......yet. I’m not good at this......yet. It doesn’t make sense....yet.

“If you hear a voice within you saying you cannot paint, then by all means paint and that voice will be silenced.”

The final set is the simplest one but is also the one that requires the most courage and that is you have to take action. Your doubts exist in order to hold you back, you need to take off these self-imposed shackles and take the step into the unknown. You will make mistakes? Of course you will but you will learn to get better and those mistakes will be eliminated along with your self doubt. Remember you are not an imposter, people believe in you, otherwise you wouldn’t be in the job you are in so if they don’t doubt you then why should you doubt yourself. You are standing at the edge of your potential so you just need to take the step to go beyond.