Dealing With Failure A Leadership Article by Mark Wager 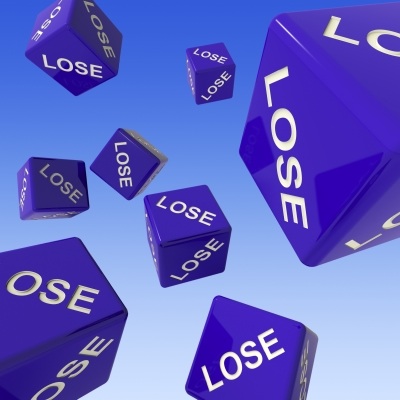 Failure is that horrible experience that we try desperately hard to avoid. In fact most people are so desperate to avoid failure that it prevents them from trying in the first place. It’s this feeling that forces us to look at ourselves and face the disappointment of what we see, the reality that we are not as good as we thought. You might not feel it at the time but failure is the best thing that could happen to you.

“I've missed more than 9000 shots in my career. I've lost almost 300 games. 26 times, I've been trusted to take the game winning shot and missed. I've failed over and over and over again in my life. And that is why I succeed.”
Michael Jordan

If handled correctly failure is not the end of your journey but is in reality the true beginning. The genesis of every great success can be traced back to an initial failure. The key is how you deal with failure and here are a few tips.

Tip 1: Take a step back
A lot of people have the initial reaction of responding to failure immediately. This can be a crucial mistake as it’s rare that people are thinking clearly in this emotional moment. Take a moment walk away and gather your thoughts. You will need an action plan to come back from failure and remember any plan constructed in an emotional state is doomed for further failure.

Tip 2: Gather information
The way back starts with defining the reality of your current position and may not be what you think it is. Talk to people and listen to what they say even if it’s not what you want to hear. You need the reality and not what you want reality to be. Talking about how people perceive the world differently is a common theme in my articles because this understanding defines our communication and decision making. Be aware of how other people perceive your failure and use that information to plan ahead.

Tip 3: Evaluate your own performance
At the end of the day after you have gathered as much information as possible you have to be your own judge and how close you get to your dreams will be defined by how well you evaluate yourself. Look at what you did well and what areas you can improve on. I personally use the keep-start-stop model. I look at one thing that I need to keep on doing. What is the one thing that I need to start doing and the most important thing I need to stop doing.

Tip 4: Let go of the past
Failure may seem brief but we can often carry the weight of failure around our necks for a long time, weighing us down and dragging us away from our dreams. I recall the story of George St-Pierre a world champion UFC fighter who lost his title in an upsetting loss to Matt Serra. After the fight he spent so much time thinking about his lose and his opponent that his sports psychologist gave him a brick and told him to write the name of his opponent on it. It symbolised just how much thinking about the past weighed him down. This went on until he decided to let go and throw the brick into the river. This enabled him to focus on improving himself. One year after his shock loss, he faced Matt Serra again and regained his title in a dominating victory. Get rid of the brick that is your failure and focus on the main thing that will get you closer to success.

Tip 5: Never give up
The most important lesson is also the most difficult one to implement and that is to have the belief in yourself in order to continue your journey and not to give up. It is difficult because there will be days that you don’t feel right and just want to bury your head and not face the world. We all have these days but it’s on such days that we gain the most by believing that our dreams are in fact our destiny.

If you want the ultimate example of the power of never giving up, look at the timeline of Abraham Lincoln’s journey to become president of the United States