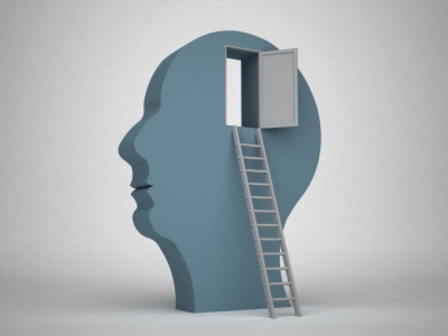 It all starts with a whisper. You start to feel a sense of self doubt. Maybe you are being a bit ambitious, maybe you are overestimating your abilities. The whisper turns into a clear voice. It tells you that "this always happens to you, you are just unlucky, don't aim so high. At first you ignore the voice but the familiarity of the words resonate with you. The words carry a lot of weight because they come from a familiar voice, the voice is yours. Your inner critic has spoken.

We all have an inner critic. One of the most surprising aspects of researching and interviewing successful people is discovering that each of them without question have their own inner critic. On the outside they seem to possess absolute confidence and you cant imagine that they possess any self doubt but underneath that exterior lives an inner critic just like the one that you have, the only difference is that they know how to deal with their inner critic and it's this difference that separates the life they have and the life you currently have. Let's explore how best to deal with your inner critic and use this knowledge to help you towards achieving your goals instead of allowing this to sabotage them.

What is your inner critic?

Your inner critic is not you, it's a part of you a very tiny part that originates from your primal instinct for survival. One of the key evolutionary aspects of mankind has been the development of our imagination. This key development has been an integral part of our behaviour and is so dominant making us the leading life form on the planet. We can visualise upcoming events which influence our decision making processes as opposed to most animals who only learn from experience. I have never placed my hand on a hot stove but I can imagine what the outcome would be and it wouldn't be very pleasant. Our ability to imagine scenarios has enables us to achieve greatness and turn dreams into reality, it's this ability that is the engine that powers our inner critic, but our inner critic has one considerable flaw. All its inner dialogue is based on our perception of the world and our place within this world.

The intention of the inner critic is pure, it exists in order to prevent us from failing but if not dealt with correctly the critic serves another purpose which is to maintain our perception of our place within the world. Each of us has a perception of the world and our role within it. This perception is formed through our beliefs, our experiences, our values, our family and friends as well as the environment we occupy. This forms a series of self images. These self images is our minds perception of our worth in a particular situation. The number of self images are as numerous as the situations we find ourselves in life. We have a self image for our job or our role as a partner in a relationship among many other self images. Our inner critic uses these self images as the basis for all inner dialogue. These self images are perceived as safe zones so any imagined behaviour that takes us beyond a current level of one of these self images is perceived as a risk so the inner critic starts to become more vocal in order to avoid this perceived danger. By way of example you may be doing well in a position at work and an opportunity arises for promotion yet if your self image is of you in your current position and you believe that's your worth then the idea of promotion challenges that self image so your internal self defence mechanism clicks in and doubts start to arise whether you can deal with the promotion. If not handled correctly the talk turns into subtle self destructive behaviour and you fail to get the promotion. Your inner critic believes they have saved you from failure yet in reality they have caused the failure to occur.

Working with your inner critic

The key is to realise that you are different to your thoughts. It's you and no one else that determines the kind of life that you live and what you achieve in this world. Too often people accept their inner dialogue as the prominent voice in making decisions. Never forget that your inner critic exists in order to protect you from risk. Yet whether it's starting a new job or walking over to talk to a person you never met before at a party, nothing worth having in life is gained without taking risks. You have to decide what life you want to live. If you want a safe life and you are happy with being average, that's fine. Listen to your inner critic and you will be guided to this kind of life but if you are the type of person who wants to achieve everything you possibly can, then treat your inner critic as a positive force rather than like a nervous friend who is always looking out for you. Its time to convince this friend of yours that you deserve more in life and the self image of you is wrong. There are many techniques that I use as part of my coaching to help improve the mental performance for my clients but if you want to know which is the most effective tool, it is simply to act. If self doubt exits you need to take more action, work harder and work differently to achieve your goal. You will be surprised that the more action you take the quieter your inner critic is.

"Doubt is only removed by action, if your not working then that's where doubt comes in" Conor McGregor UFC Featherweight Champion

About the Author:
Mark Wager is a Leadership Coach who specialises in delivering leadership development programmes in New Zealand, Australia and the Pacific Islands. You con contact Mark via Twitter or the enquiry form below.

Image courtesy of nattavut at FreeDigitalPhotos.net