Business Lessons From The All Blacks Decline 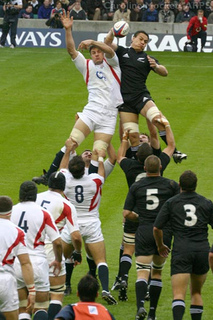 Business Lessons From The All Blacks Decline

Of all the articles I have ever written the one article that people mention to me more than any other is the one I wrote on Business Lessons From The All Blacks. It’s understandable because where you find success you can break down the reasons for that success and discover lessons that can be applied to other industries and the All Blacks have a long history of success, with a winning  percentage of approximately 80% they rank as one of the most successful teams in all of sports.

You can find valuable lessons in successful teams but you can also find equally valuable lessons in teams that are failing and unfortunately at the moment by anyone’s standards the All Blacks are failing. At the time of writing this article they have lost five of the last six games and have a world ranking of 5th, the lowest since the ranking system began and it’s likely to get worse, a lot worse. So in this week’s article let’s analyse how the All Blacks got into this mess and how we all can avoid making the same mistakes in our businesses.

Now before I begin I want to make it perfectly clear that I hope the All Blacks turn around their poor form and start winning again and how they can do that may be a subject of a future article but this week let’s look at how a winning team turned into a losing team.

The most crucial mistake New Zealand Rugby made and it’s one that I see repeated a lot in businesses across New Zealand and the Pacific Islands, is that they hired the safe option. When Steve Hansen stepped down, the recruitment process was narrowed down to two candidates, Ian Foster who was the Assistant Coach at the time and Scott Robertson the Head Coach of the Crusaders. At the time people were happy with Steve Hansen’s reign and despite a disappointing World Cup campaign they obviously felt that Ian Foster was the best option for continuity, he was the safest option but he wasn’t the best option. Scott Robertson has a track record of success with Canterbury, the Crusaders and New Zealand under 20 side and possesses a winning percentage of 85% yet in comparison Ian Foster has around a 50% win record during his career.

I see a lot of companies who focus on finding someone who is good enough for the job and if they are someone they already know that’s even better yet the correct option is to hire the best possible candidate.

Failure starts at the top

When a team fails it’s easy to put all the blame on the Head Coach and it’s understandable because he is responsible for the team yet the current problems with the All Blacks are far deeper than one person, it’s a system wide issue starting at the top. During a recent interview with TodayFM Tova O’Brien the former Head Coach steve Hansen launched an extraordinary attack on New Zealand Rugby highlighting the poor communication and relationship with the players describing the relationship between the board and players at the moment as probably the worst it's ever been. Steve Hansen went on to criticise the handling of the recent decision to bring in investment from US Investors Silva Lake

“The way they handled the new money scheme....[former chairman] Brent Impey came out and just absolutely roasted the players with no consultation,” Hansen said. “I don't think they're doing their job right at the moment. You've got a group of eight All Blacks captains coming out and forming a group and went and spoke to them, and ‘Kirky’ [David Kirk] was in the paper the other day saying they don’t feel they were listened to.

“So let's start there and let’s get that right. If you look back to when we were really successful from about 2010 through to 2019, which was our most successful era, the board and the exec at the rugby union were humming. There was complete togetherness and connection was with the actual All Blacks team.”

In any organisation success and failure can be traced back to what happens at the very top, get the relationships right, get the communication right and ensure that everyone is together with the same vision and you have the foundation of success. Failure to do this and you have the beginnings of organisation wide failure.

When I watch this All Blacks team play it’s not like I’m watching the All Blacks and I’m not just talking about the style of play it’s more like how they conduct themselves. It’s clear that there is a lack of Leadership on the pitch, when things go wrong they are unable to turn things around and in those crucial moments the kind of composure you expect from the All Blacks is missing. I’m a Chiefs supporter and I admire Sam Cane as a player but he shouldn’t be the All Blacks captain as he’s currently lacking the leadership skills required, I say currently because leadership can be learnt, I know because that’s my job training leaders and Sam Cane can become a great captain but he needs help not only from the coaching team but also the players around him.

If you want your organisation to be good then you need to build a management team yet if you want to achieve greatness then you need to build a leadership team, a collection of people who are able to demonstrate the behaviours required for success and hold those around them accountable. Leadership is not a singular effort it’s a shared job that requires skills that need to be identified and developed.

A damaged reputation is difficult to fix

The biggest challenge the all blacks face is one that is not immediately visible but it soon will be and that is their diminishing reputation. When teams play the All Blacks you can almost see them being overwhelmed by the aura of the All Blacks and in some cases the All Blacks won before the game actually started because some teams didn’t believe could win but that has changed dramatically. During Ian Fosters reign Argentina beat the All Blacks for the first time, Ireland who had one won once in history have won four of the past five and the one game they lost was when Ian Foster couldn’t coach the team because of isolation. The once unbeatable team now seems beatable and teams are now willing to play the All Blacks without fear and with more belief than ever before and that is going to make future games even more difficult.

In business reputation is everything, how your competitors see you, how your customers see you and how your team sees themselves. Lose your reputation and it’s a long road back something the All Blacks are about to discover.

The sports world is like the business world in that there’s a short distance between success and failure which means it doesn’t take much for a successful organisation to become an unsuccessful one. Hopefully the All Blacks can turn things around but it’s going to be a long and difficult journey maybe more difficult than they currently believe yet until that happens the rest of us can learn lessons from this current situation so we can avoid the same mistakes.

Mark Wager has limited availability to coach ambitious Leaders who wish to achieve a higher level of performance. If you are interested then you can contact Mark using the enquiry form below