A Valuable Leadership Lesson From All Black Legend Richie McCaw 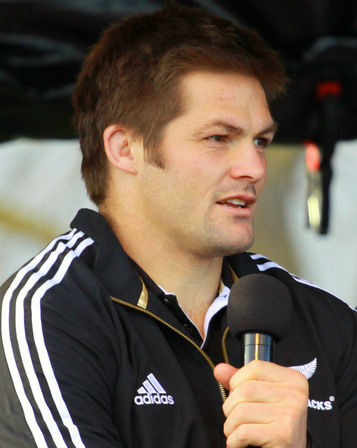 A Valuable Leadership Lesson From All Black Richie McCaw

For those who are not familiar with Richie McCaw, he is one of history's most successful sporting leaders, as Captain of the All Blacks Rugby team in 110 out of his 148 test matches he won the World Cup twice and the Tri-Nations tournament seven times. As an individual he won the World Rugby Test Player of the year award a record three times and is also the most capped test rugby player of all time.

At the 2011 Rugby World Cup, the pressure was on the All Blacks, not only were they the hosts but they were also the favourites to win the cup yet this was a feat that they hadn't achieved since the first world cup in 1997 and in the following tournaments they had built up a reputation as being unable to perform under the high pressure environment of the World Cup. This reputation was reinforced in the previous World Cup when the All Blacks lost in the quarter finals against France despite leading 13-3 at half time. The side was also captained by Richie McCaw who came under a lot of criticism after the loss for being too quiet for a leader and now four years later the All Blacks had a chance of redemption but the pressure was higher than ever before.

The All Blacks were heavy favourites going into the final and had already beaten France 37-17 in the earlier pool stage. Injuries had damaged the All Blacks with their number 10 and best player Dan Carter having to leave the squad through injury, his back up Colin Slade was also injured and during the first half of the final Aaron Cruden also got injured leaving the All Blacks having to rely on their fourth choice kicker Stephan Donald who had to be called away from a fishing trip to join the squad. Another injury that wasn't common knowledge at the time was to Richie McCaw himself.

In the documentary Richie McCaw: " Chasing Greatness" it was revealed that his foot was broken, he had a stress fracture on the outside of his foot going into the final which would have been very painful and the stress of the game would have been causing extra fractures making the pain even worse.

The All Blacks were in the final without their three best number 10's and having missed three shots at the goal the game was tight and I remember being in the crowd and you could feel the tension in the air and the expectation in the stadium was that with twenty minutes to go the All Blacks were going to choke under the pressure yet again and it was in this moment that I saw great leadership because it's in these moments that leadership is needed.

"Even if it's the last piece of energy you got you use it until there's nothing left, the bid will do what the mind says" - Richie McCaw

With twenty minutes to go and only one point separating the two teams Richie McCaw fell to the ground and the Physio came on asking if he needed to leave the field as his foot was broken. Richie looked at her as if she was mad and carried on. Later when asked about his injury he replied that he knew something was wrong but chose to ignore it, In that moment many people would have quit or taken the easy way out yet like all great leaders Richie McCaw embraced the pressure, he said to himself that he had spent the last four years preparing himself for the next twenty minutes. It was this approach and example to the other players that allowed the All Blacks to see out the game and to lift the Rugby World Cup.

Leadership involves many skills and the ability to think strategically, deliver presentations, deal with poor performance and just a good knowledge of human psychology are vitally important but when you break leadership down to its fundamental components and when leadership is really needed in those times of high pressure and everyone is starting to doubt themselves and are looking around for what to do, it doesn't matter what the leader says it only matters what the leader does. At its very core leadership is about doing the right thing and leading by example. In those last twenty minutes I saw Richie McCaw picking himself of the floor, ignoring his broken foot and embracing the moment, giving everything for the team. He demonstrated courage, determination and a complete undeniable commitment to put the needs of the team ahead of his own. When the players looked around they saw these qualities in their leader and this gave them the strength to find the same qualities in themselves.

I travel the world spending time with leaders training them on the philosophy, tools and techniques required to build highly effective teams but none of it means anything unless the leader is willing to act on the core function of leadership and that is to lead by example. A leader can never expect their team to have winning qualities until the team sees those same qualities in their leader.

"There's no doubt that the culture of the team is hugely important to what sort of success you are going to have. One thing that for me sums up culture is that it is all very well for people to do the right thing for the team when everyone is watching but whether it's every single one of you will do the right thing when no one is watching and what I mean by that is not taking short cuts or just putting the team first. Teams have all different ways to build that for us it was about making the All Blacks succeed and no individual was higher than that it was about the team. No matter who you were you all do your bit. If you have that then you have a culture that is successful" - Richie McCaw