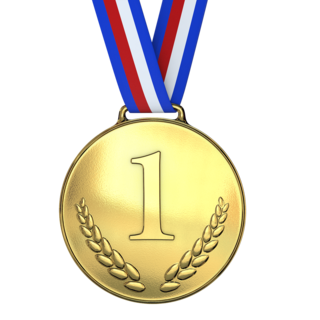 Despite many obstacles, the Olympics have started and during the next month the best athletes in the world are coming together in order to compete for the most prized item in all of sports, the Olympic Gold medal. In order to reach this level you have to possess certain qualities that seperate you from the rest making you the best of the best in your field of expertise.

If you are a Leader in the business world then you are one of many and if you are happy being one of the pack or  being average then that’s fine but if you want to become better, if you are not content with just telling people what to do and instead you want to inspire and motivate people to reach a level of performance they never imagined possible, then you need to possess those gold medal qualities. In this week’s article, I’m going to show you how you can become a gold medal Leader.

One of the key differences between those who win gold and everyone else is the level of dedication that the athlete is willing to commit to. The distance between first and second can be measured in fractions of a second so every single amount of effort counts.

Too often I see people approach Leadership with a lack of understanding of how complex it can be and I hear people say “Leadership is easy” or “Leadership is simple.” This is only true if you want to be an average Leader however if you genuinely want to be a great Leader then the outlook is completely different. You  have a much higher mountain to climb ahead of you. Great Leadership is complex because human behaviour is very complex and therefore requires a great amount of dedication. Leadership will present you with many question but hard work is the answer to many of them.

Have a pathway to success

The top athletes have gone through a very structured qualifying process prior to competing at the olympics. They haven’t just shown up or have recently decided to win gold. This is the end of a long process that started years before.

The top organisations have a clear pathway for their Leaders. I’m working with several companies and I’m  putting together New & Emerging Leaders Programmes because they understand you can’t wait for talent to present itself and risk promoting the wrong people, instead you have to identify people with potential and start training them. When people are in management roles they already should have had many hours of Leadership training behind them otherwise they will fail and the organisation will face many unnecessary costs in terms of lost productivity, lack of innovation and even replacing employees who wouldn’t have left if they had a trained Leader.

One thing is expected at every olympics and that is history will be made. There  will be athletes who will perform at a level that no one else in history has managed to achieve and new world records will be set. We know that whenever we believe we have reached the peak of human performance someone comes along and proves everyone wrong.

To become a great Leader you need to stop measuring yourself against the limitations that people around you are placing on you. Some people will always doubt you because they are projecting their own insecurities on others they don’t want others to succeed because if they do it the excuses they have made for their own lack of success start to fade away and they don’t want that. You need to stop listening to those who doubt you and start listening to that voice within you, that whisper that tells you that you can be something special, you can do things that those around you couldn’t dream of, listen to yourself and you will find that the whisper will become a roar

When the pressure is on and the world is watching some people fall apart while others rise to the occasion. At every olympics the number of athletes who includes mental training as part of their usual schedule increases as they start to realise just how much impact the mind has on performance.

When I train Leaders the very first thing we look at is how a person can lead themselves before we look at how they can lead others. If you control your own temper, if you can’t manage your own emotions, if you can’t overcome your own self-doubts then how are you going to be able to inspire and lead others. Greatness started within and in particular greatness begins with a single thought “I can make a difference” the thought then needs to be nurtured and developed until the thought became a passion.

No matter what field of expertise you are in there’s a consistent truth which is success is never a straight line. You will endure setbacks and there will be days when you will feel like quitting and hope is something that seems far away. It’s inevitable but it’s on these days that champions are made. It’s ok to feel bad because it shows that you care, you are passionate about what you are doing but don’t allow that pain to make you quit. Champions are not made in the light, they are made in the dark times in those moments when you feel like quitting if you can find the courage to carry on then you will succeed and become a gold medal leader.