The Real Reason Why You Are Not Successful 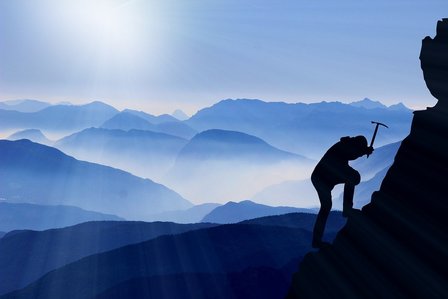 The Real Reason Why You Are Not Successful

As a Leadership Coach I have the honour of working with many different people all of whom are at various stages of their career. Some are just starting their journey and are looking at ways to accelerate their career while others have already achieved many successes and have set their sights at new heights. During my time of working with successful people I’ve identified a similarity between them. There's a key quality that differentiates them from the rest. It's a quality that successful people possess that others don’t and in this weeks article I want to share with you what this key difference is.

When people fail they come out with a multitude of reasons. They didn’t have the resources, they didn’t have the necessary experience, they weren’t smart enough or my personal favourite, they were unlucky and while these reasons may have some basis in reality none of them are the true reason for their failure. The real reason why they are not successful is because they lack the one quality that successful people  have which is being highly action oriented. Instead  they burden themselves with reasons why they will never become the person they want to be and each reason becomes like a weight around them holding them back either making them ineffective or at worse unable to take any action at all while at the same time successful people are just taking action and moving ahead.

Why are you not currently living your dream

To illustrate the point I remember when I was asked to deliver a talk on motivation at a conference centre that just opened. The talk I believed went well and afterwards eight people stayed behind in order to ask me questions. Each of them had different ambitions.  I recall one wanted to be a motivational speaker, one wanted to open a restaurant, one wanted to create a charity and there were other ambitions. Everyone  of them was excited, you could just see the passion when they were talking about their dreams. While they were all gathered around me I asked them all one question “Why are you not currently living your dream?” What’s stopping you from doing what you want to do and in that moment I saw the happiness drain from their faces and suddenly the excuses started coming “I don’t have enough time” “I’m very unlucky” and the excuses continued from all expect one person, a you young lady who admitted that she had been making excuses ato told herself that she didn’t want to lose her job when in reality it wasn’t a very good job and she could easily get something similar if she needed. A week lasted I received an email from that same lady telling me that she had quit her job and was on her way to the United States in order to fulfil her dream of becoming a professional dancer. I never heard from the other seven people. The difference between the dancer and everyone else was action.

Successful people are action oriented while others have a tendency towards excuses.

It may seem like a simple solution but you will be amazed with the number of people who have very tangible ambitions but fail to take a single step towards achieving those ambitions. Successful people are inclined towards action while others have a tendency towards excuses and both face the same barriers. They may even share the same dream but the difference is in their attitude. It's never money, resources or even luck it’s purely mental. The people who fail look at the barriers in-front of them and they turn those barriers into excuses looking externally blaming other factors or other people for their failings while successful people look at the same barriers and instead at looking at others they look at themselves and with honesty and humility while they identify what they are not doing and  need to do in order to succeed.

If you are someone who wants more in life, maybe it’s a better job, a promotion, starting your own business, helping others whatever it may be I’m now going to give you the best advice you will ever receive. To succeed ask yourself the hard question. It's  the same one I mentioned earlier “Why aren't you currently living your dream?” In the example I provided earlier one person found the true answer and it’s that one person that is now living  her dream as a professional dancer. I can’t tell you what your answer should be when you ask yourself that question but I can tell you that in order to discover the answer you need honesty, humility and courage because the answer may not be what you want to hear. Excuses  exist so that we don’t have to face the reality of our own failings. Excuses provide you with a false sense of comfort yet it’s these very same excuses that are holding you back.

Be honest about whether your excuses are real, have humility about your own failings and have courage to become better. There are many ingredients for success but the most valuable ingredient is the one that everyone can use and it’s action. So  stop telling yourself the reasons why you are not successful and instead focus on what action you need to take next in order to succeed. It doesn’t matter if it’s a small step because every long journey starts with a single step and success starts with taking action.