How To Deal With Annoying People At Work 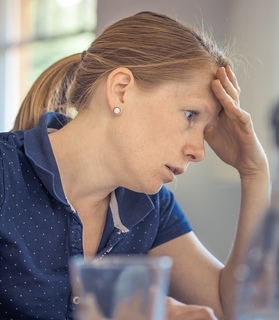 How To Deal With Annoying People At Work

Here’s an interesting fact about the people you work with. The chances are that you spend more time with your co-workers than you do with your partner. Think about that for a moment. You  have chosen your partner, but unless you are in a Senior position then you haven’t chosen who you work with. The people close in our life are there because of mutual values and understanding yet the people we work with are there because of their skill set. So, it’s no wonder that disagreements occur. You are not going to be close friends with everyone you work with. That’s  unrealistic, but hopefully you can get along with people. There will however be those people who no matter what you do you will find annoying. They are argumentative, negative and sometimes even rude. In this week’s article I want to explore with you some practical tips and techniques on how to deal with those annoying people at work.

Here’s the first thing. Don’t try to change people. Firstly it’s not your role. You are their colleague not their Boss and secondly in order to change people you have to want to change. Your aim should be to manage your annoying co-worker so that they don’t negatively impact your day. They don’t make you feel bad or down or stop you from working. This is done by managing the conversation in a way that you control the flow of what is being said. While this is not easy it is achievable once you are aware of the following techniques.

The common mistake people make is to stay silent when people say things that they disagree with. This is understandable because there will be concerns that anything said will escalate the issue and make matters worse. So it seems it’s easy to say nothing and move on but when you are silent it’s actually the opposite because for a lot of people silence is agreement. The fact that nobody said anything means people will interpret that as acknowledgment that their behaviour is acceptable.. It’s vital to remember that how you react sets the boundaries for how people will treat you.

The one that always criticises you.

When you think about how annoying people are work it’s common that what comes to mind is a person that goes out of their way to criticise you even if it’s not their role to do so. This is often a power-play, a subconsciousness act to hide their own insecurities by making them feel better, by putting others down. When this happens it’s natural to feel hurt or even offended and to defend yourself but this would be a mistake. By defending yourself you are actually giving legitimacy to the criticism. What you will find more effective is to clarification instead. Ask the individual to justify their comments. “What did I do to make you think that way?” “What’s made you come to that conclusion?” By replying with a question instead of a defence it puts the emphasis back on the individual to back up their comments and I guarantee that in most instances they won’t be able to and all they achieve is to make themselves look uninformed.

The one that always interrupts you

There’s nothing more frustrating than having that co-worker who always seems to want to stop you from working. It seems that work is very busy but this co-worker has so much time on their hands that they can take time to talk to you and it’s never about anything that is urgent. You can just tell them straight that you don’t want to talk but if you don’t want to be rude what do you do? A useful technique is to explain that you can’t talk right now not that you can’t talk ever but at this moment you need to work on something and mention the consequences if you don’t complete that particular task. By explaining the consequences you are placing the reason for not talking on someone else and not you. This won’t work with everyone but most people will start leaving you in peace.

The one that is always a drama queen

Have you ever worked with someone who is always living some kind of drama? Whether it be a relationship issue, something going on with their family or just who left the coffee out they insist on including everyone in on their life. It’s like having a television show that you just can’t turn off. These people crave attention and they won’t stop until they get it so it’s important that you manage the situation correctly. What you need to do is to acknowledge the emotion without agreeing with the cause of the emotion. What they feel is real for them but the rationale behind their emotion may not be justified and it’s likely that it’s not however by acknowledging what the person feels “it sounds to me like …” this will give the individual validation and then you can move on as long as you don’t agree with the emotion. If you do then it’s likely that the drama will never stop.

The one who doesn’t want to be there.

There are too many people who for circumstances beyond their control, find themselves in a job that they are unhappy in, yet for mainly financial reasons can’t leave. This is very common with people who are long serving and have seen their pay increase over the years and now it’s inconsistent with what they would earn if they left. Also with organisations that have gone through a lot of growth and as a result of growth their priorities have changed and the people who were valuable a few years ago are not as valuable today. People struggle with these changes and rather than look inward they tend to transfer their frustrations to those around them. So you hear a lot of moaning about how things used to be better before. Anything new is criticised and they feel that just because they did something in the past they should continue doing it. When you encounter these people you need to be honest, in a respectful way about what you feel.  If you disagree you don’t demonise what they feel but you can say that you don’t see it that way. This is not an argument it’s about sharing information. Your viewpoint and what you feel is just as valid as what they feel. By showing them a different opinion it will help them challenge their own viewpoint.

We chose our friends but we don’t chose our work colleagues. Considering how much a part of our lives our work colleagues are we should never forget that we do chose how we interact with them, not just the ones with who we have a lot in common but also those who are different from ourselves. Yes! even the annoying ones because you might find that with time, with respect and some simple, techniques they may not be annoying in the future

If you are serious about becoming a better Leader then contact Mark today to learn more about how coaching can help you.