Are you too quiet to be a leader? 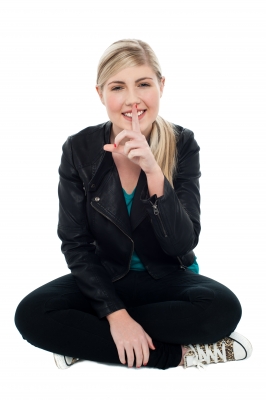 Are you too quiet to be a Leader?

Around twenty three years ago I attended my first interview to become a Shoe Shop Manager, my first leadership position. I was eighteen and my work experience was limited to working in a Shoe Shop, now an opportunity had come up for me to actually manage a shoe shop. I was waiting outside the interview room for my turn; I was nervous and wasn’t expecting to get the position as I didn’t fit the profile of a typical manager at that time.

All the Managers I met at that time from the company of about 100 Managers nationwide were all cut from the same cloth. They were all men which was strange to me as over 80% of the people who worked in the company were women yet nearly 100% of the Managers were men. Well being a man was one point for me. The Managers were typically in their forties, I was eighteen so no points for me and nearly all of them were loud, bubbly characters a bit like the drunken uncle who shows up at birthday parties.  I was quiet and shy, very quiet in fact so again no points for me.

It’s ok to be quiet

Despite no fitting the typical profile I waited for my interview. On the table in front of me was a collection of magazines available for visitors to read. After sifting through the collection of car magazines to my delight I found a magazine on Football. Inside there was an interview with Glen Hoddle, a successful Manager who at the time was at Swindon Town. For those who don’t know much about English football or Soccer as some of you may know it let me explain a little about Glen Hoddle. As a player he was considered an amazing player who could pass the ball with remarkable accuracy but he was also considered somewhat a luxury player because of his perceived lack of tackling and work ethic. His move into management was a major surprise as his quiet gentle nature never fitted the mould of a typical british shouting football manager. Anyway back to his interview, I read in interest about how he explained that being quiet, reserved and a little bit shy actually helped him communicate with his players and they were far more willing to have discussions with him about what was going wrong and right. In those words I saw myself and I realised I didn’t have to be like the other Managers I could just be myself.

My time for the interview came and during the interview I recited the exact comments that Glen Hoddle mentioned in his interview just replacing the phrase ‘football team” with “shoe shop." The interview panel were so impressed with my answers that they gave me  a shop and at the age of eighteen I became the youngest Manager in the company. The morale of this story is not to steal someone else’s words and pass it off as your own. In order to get a highly paid job, being honest probably does work! I like to think that the lesson I learnt is that there is not one particular model to follow in order to be a Manager.

First rule of being an effective Manager is to be yourself

The most common mistake I have ever seen with new managers particularly young ones is that they try to become their idea of what a manager should be as opposed to being themselves. It’s ok being you, I’ve seen managers of all shapes and sizes, different backgrounds and even personality types all of which make different unique but equally effective managers. The key to becoming a good manager is having good values, being able to treat people with respect, conducting yourself with honour and being able to communicate in an honest way. Whether you are loud or quiet it doesn’t matter.  What does matter is the vision you communicate and how honest is that vision.

Where there is excellence you will find inspiration

Ever since I got my first job thanks to some advice from a Football player,  I’ve been willing to take advice from anywhere I can find it. Those of you who have read a few of my articles will know this is a common theme in my work. Where you find excellence you will find inspiration. So to stress the key message I will use the words of Brazilian ju-jitsu specialist Renzo Gracie who said.

“Be brave, be bold but above all be honest, some people will hate you and some will love you but at least they will see the real you."