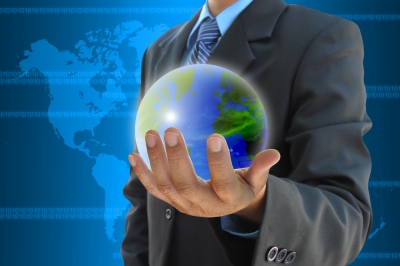 Image courtesy of twobee at FreeDigitalPhotos.net

“While seeking revenge, dig two graves – one for yourself” – Douglas Horton

Whenever someone does something that hurts us we have a natural inclination to hurt them back. We know this is wrong and we are taught that forgiveness is the path we should follow but there’s no denying the satisfaction and the warm feeling we feel inside that comes with revenge. As a leader, succumbing to the desire for revenge is dangerous not only to your standing as a Leader but also to your career.  So how should a Leader  react when hurt by someone?

A common answer is to automatically forgive anyone who upsets you. While this is a noble response I feel this does not give you the satisfaction you need in order to carry on with your life.  What tends to happen is that there’s a little part of you deep inside that still has issues. Like an animal that hasn’t been fed, it  gets louder and louder wanting to be heard until the sound gets so loud that it raises its ugly head in the form of behaviour that is not very leader-like.  Things like:

You give the offender the cold shoulder: “I don’t care I will just never talk to that person ever again”

You are congenial to that person when face to face but when talking to others you criticise them.

You explode in anger in the midst of a conversation or meeting.

The person who has upset you  automatically gets  more severe action taken against them than would have normally been taken.

Whenever you are hurt the beast inside you awakens and once it is awake it needs to be fed and the only food it wants is revenge. The key is to tame this beast and to use it as a driver to achieve what you want to achieve.

Step one: Control your reactions.

“Any person capable of angering you becomes your master. He can anger you only when you permit yourself to be disturbed by him” – Epictetus

The beast awakens only because you have allowed it to awaken. When someone hurts you it’s because you have allowed yourself to feel hurt, if someone says something nasty either to you or to other people the action of saying something does not cause you hurt. It’s your reaction to those words that causes the pain. Never forget the power of someone upsetting you lies with you and no one else. If you decide not to allow someone to hurt you then there’s nothing they can say that will hurt you. If you think about it,  that is  perfect revenge.  Not only is it pro-active but it is amazingly effective. Imagine how you would feel if you go out of your way to offend or hurt someone and then realise that it has had no impact whatsoever. You would feel like a failure. Let the person who spends their time talking trash live a sad and lonely life as a failure – own and control what you feel.

Not allowing yourself to be affected by people’s actions is difficult, extremely difficult and sometimes no matter how disciplined you are you will awaken the beast inside you and revenge is now on the menu. When this happens use the fire that has been ignited inside you to aim for true revenge not the petty revenge you see when someone strikes back at the person in the same way they struck back at you.That is a cheap meal.  Imagine a dirty burger that you’ve just picked up off the floor. That is the type of revenge that your enemy is eating. What you want is a fine meal, in an elegant restaurant with champagne. Not only  is that the type of meal that your beast inside you wants  it’s the type of meal that you deserve. That type of revenge is called success. If you want true fine-class revenge then use that fire inside you to make yourself such a success that the other person can’t get through life without hearing about how great you are doing. Give yourself a life that your enemy can only dream of and the best thing about all this? It is that your enemy will never ever realise that they helped you achieve a life that they couldn’t provide for themselves.

“Always forgive your enemies, nothing annoys them so much:” – Oscar Wilde

The next act of revenge is forgiveness; this is the triple chocolate gateau of deserts, while your enemy is still eating their dirty burger you should enjoy this elegant desert. The least you can do is forgive because if it wasn’t for the  enemy  you may have not have found the motivation to live the life you are living. Their gift of being nasty towards you has given you more than any simple act of retaliation could ever have done.

“You have to work harder than you think you possibly can, you can’t hold grudges, its hard but you can’t hold grudges and it doesn’t matter that you get knocked down in life because that’s going to happen, all that matters is that you got to get up” – Ben Affleck during his acceptance speech for the Best Motion picture award at the 2013 Oscars.

The final gift that your enemy has given you is the opportunity for you to become the person that you were always meant to be. It is  time to be the better person. It is time to forgive and not to hold onto any grudges. They've hurt you and you’ve had your revenge. There is nothing more that you can gain from this experience and now it’s time to move onto the next chapter of your life, stronger, more mature and better than you ever  were  before the hurt began.

The path of leadership is littered with the remains of the careers of quality leaders who succumbed to the desire of retaliation with a misguided misconception that retaliation is the best form of revenge. Yet all they have done is reacted in the exact way that their enemy wanted them to react. They empowered their enemy by making them an important factor in their life even though they are not. Their hatred is an excuse to make themselves deal with their own sad lives. That's their concern. Do not make the same mistake and see revenge for what it actually is. An opportunity to destroy yourself or become the person and leader you were always meant to be. Stronger, more powerful and well in control.