Preparing for your performance review by Mark Wager 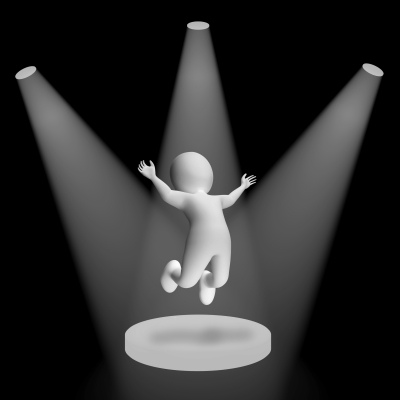 Preparing for your performance review

This could could be the first step in your journey as a leader. It doesn't matter if you are the person who opens the mail in the morning or the person who signs off the cheques the chances are if you are drawing a salary then you have a boss, and if you have a boss then every year performance reviews come around, that time that you have to spend some time with your boss in order to hear what they think of your performance. If you are like most people then not only do you dislike participating in this process but actually dread it. You  may well be comfortable talking to your boss every day but mention ‘performance review” and apprehension starts to sink in. It doesn’t have to be that way. In fact performance reviews can be a very positive experience.

Here are a few key points to remember when preparing for your performance review.

Your Boss is likely to be more nervous than you.

A leader encourages discussion with their team while a Manager tolerates it.

Poor attitude will cost you far more money than what any talent will earn you.

Even if you are in a job which has a high amount of measurable outcomes such as sales don’t forget that numbers only tell part of the story. Every successful person needs to demonstrate certain behaviours and usually those behaviours will result in measurable success stories but not always. You can have someone who has produced good measurable work but has a terrible attitude which has a detrimental impact on the wider team. Behaviours are not so easy to measure so managers often shy away from such discussions but behaviours are extremely important and just one member of a team with a bad attitude can cost an organisation thousands of dollars in lost productivity. Get your behaviours right and success will come.Do not underestimate the value of what you bring to the job even if it can’t be easily measured.

You are the final judge

You are not your job, this only forms part of who you are and what you are capable of

The important lesson to take away from this article is that even though performance reviews are important and hearing another person’s opinion on your performance can be vital it’s just an opinion. At the end of the day you and only you have to judge your performance and your opinion will be more important than anything else anyone will say about you. It’s your opinion of your own performance that will determine the key decisions in your life such as whether to stay in a job or not, what career path should you follow and remember these are life changing decisions and should only be made by one person and that person is you.

The challenge is to evaluate which feedback to take on board and which to disregard. It’s easy to only listen to positive comments and just ignore the negative ones but this will be a mistake. I often hear people say I do not agree with that feedback when presented with an opinion of how someone perceives them. Just think about that statement for a moment someone is disagreeing with someone else’s perception. But how can they disagree that someone thinks a certain way? They can’t. What they disagree with is that the perception is not true, it’s not reality but we are all different with different backgrounds, education, life experience and views about the world. No matter what you do people will form perceptions about you. Some you will agree with and some you won’t but the simple fact that someone perceives something they will react as if its reality. If someone perceives you as unfriendly then they will react accordingly. The perception becomes the reality, but in fact you may be the most sociable person around but something has occurred which has led to this impression. Take feedback on board and recognise that no matter what impression you think you may be giving out; the reality may be something quite different.

So when your Boss tells you that your performance review is coming up then remember the points above, be confident, listen to what is said and ask questions enquire as to why your Boss has made that judgement.  Make a decision on what feedback to accept and what to reject based on a logical conclusion rather than just what makes you feel good. Accept that there will be the occasional differences in opinion and don’t dismiss other people’s perception as out of hand. Instead, ask what have you done to contribute to that person’s impression.

Mark Wager is one of New Zealand's leading experts on leadership. To contact Mark regarding learning how to be an elite leader or any issues regarding team building use the ebquiry form below