The one lesson you wont learn on a management course 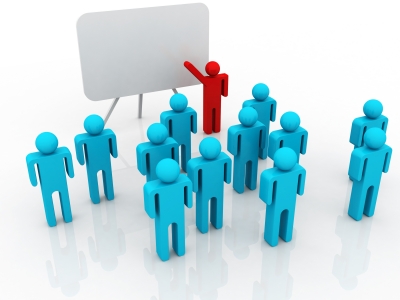 Image courtesy of jscreationzs at freedigitalphotos.net

The one lesson you won’t learn on a leadership course

In 1841 the year after the signing of the Treaty of Waitangi a book was released written by Thomas Carlye and Francis Galton. It was called “Heroes and hero worship” and it explored the qualities and skills of great leaders, in the follow-up book in 1869 “Heredity Genius” it concluded that leaders were born, not developed.

Are Leaders born or made?

Fast forward to today and there is still some debate over whether leader are born or are made. The modern view is that everybody can be made into a leader and while I agree with that view I feel that there’s a slight change needed to be made to that statement. During my time as a Manager and then as a Leadership Coach I’ve helped develop many people into fine leaders and I’m absolutely convinced that everyone has the potential to be a leader but there are some things that can’t be taught and that thing is the most important quality of a leader. Every great leader needs to be at the very core of their being a good person with good moral values.

Everyone has the potential to be a leader.

Everyone who wants to be successful has to fight through a multitude of struggles yet many eventually fail to reach their potential due to their greatest opponent. This is an opponent that they don’t even realise is out to stop them. That person is themselves. Every great leader I have met,  by great I mean the truly elite leaders, the best of the best, is deep down an essentially exceptional person and I don’t think it’s a coincidence. They are still driven, ambitious, ruthless and sometimes a little scary but deep down they are nice people.

Everyone has turmoil in their lives but very few have the self-awareness and objectivity to address that turmoil with the open, honest approach that maybe just maybe some if not all of that turmoil could be self-manifested. That is a rare quality and one that great leaders share. This allows these leaders to keep their ego in check which in turn allows for a more honest, better decision making process.

Every good person has their own personal code of honour, a set of values that determines whether an action is right or wrong. While some are basic human values that the majority of us share such as is it wrong to kill someone or is it wrong to steal, others such as lying become much more ambiguous. It’s in these areas of honesty and integrity that the good person has much more clarity which enables them to react in a different way in difficult circumstances.

Every leader is only truly tested in the darkest of times.

Every leader is only truly tested in the darkest of times, whether it is a very difficult restructuring process, a loss of a major account or a death in the organisation. It’s in these times that followers look towards their leader and despite what rhetoric may be said, in all cases people see inside the soul of that leader, they see the real person. In psychological terms it’s when before you are able to think about something you have already reacted to it, either emotionally or otherwise. Instinct takes over from the conscious thought process  and the ability to react spontaneously within a millisecond in a positive, acceptable and productive manner is called “pre-cognitive genius”

The ability to learn how to retrain your instinct to react in a desired way is a fundamental challenge. It’s not like learning a particular task, when retraining instinct you are dealing with your non-conscious thought process which has been built up through a lifetime of experiences. This is why people who are essentially good people, people who have a good set of values and live by a moral code of honour, will always have an advantage when trying to become a leader.

Does this mean that every good person can be a leader? No it doesn’t as leadership consists of a wide range of skills that has to be learnt, but what is certain is that if you are not a good person then you will never be a good leader. To truly lead people you have to be able to lead yourself.

While this path is difficult it can be taken, you can learn to be at peace with yourself and you can learn to live by a code of honour and above all you can become the person that you have always wanted to be. When your journey becomes difficult remember this quote by the great Brazilian jujitsu champion Renzo Gracie

“Be brave, be bold and above all be honest. Some people will hate you and some will love you but they will all see the real you”

This article is taken from the book "Elite Leadership". Click the link below to purchase through Amazon