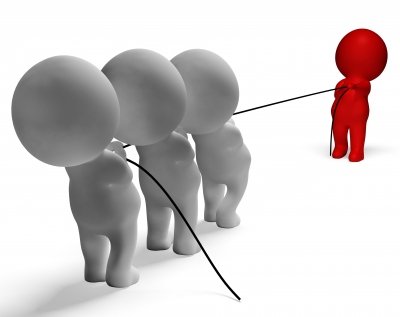 I’ve spent most of my career training new Managers.  Typically, they are subject matter experts with little experience at managing people and when I ask them what is it that they most dread in their new job the answer is the same  over 90% of the time. That is nearly everyone dreads conflict.  I do executive coaching and even very high level executives share the same fear, they don’t like conflict.

The majority of people avoid conflict because they feel dealing with it could cause more problems when the reality is that not dealing with conflict guarantees more problems. When I look back over my twenty years as a Manager I remember the mistakes I made and upon reflection I realise that the vast majority of these errors were caused by a lack of conflict. I made wrong decisions only to hear people whisper later on ‘I knew that wouldn’t work, I tried to tell him” My team never felt comfortable to challenge my decisions either because they felt they wouldn’t have been listened to or they thought I would have seen them as being negative. This mistake is a common mistake with Mangers and one that I learnt to deal with over many years so I want to take this opportunity to share some tips and hints on how to deal with conflict so you don’t have to wait as long as I did in order to get it right.

Be aware of your own emotional state.

Carl Jung, the famous Swiss psychiatrist once wrote that people make decisions by using one of two preferences. People either have a preference for “feeling” or a preference for “thinking”. A feeling person makes decisions based on personal values.  They put themselves into the situation of the person affected and then makes a decision. These people define fairness as when everyone is treated as an individual. Yet a person with a preference for “thinking” removes themselves from the emotional element and makes decisions based on practical logic. They define fairness as when everyone is treated the same.

Neither preference is better than the other, in fact in order to make decisions we have to have a balance of both preferences. Consider which preference you may have and remember when you deal with conflict you are exploring both preferences, logic and emotional.

For the majority of people who are caught up in a conflict, the issue in question is at that moment the most important issue in the world and nothing is more likely to make the situation worse than the suggestion that you are not listening with your complete attention. Turn off your phone, if possible take them somewhere quiet, stop talking and listen to what they have to say.

Controlling your own emotions during conflict is difficult enough but trying to control the emotions of other people is even more challenging. Its’ very easy to make a judgement based on your own values e.g. I wouldn’t be upset or angry if that happened to me. However, they are angry and they are upset and that feeling is real even if the reason behind the cause isn’t.. People in pain even self-inflicted want you to acknowledge what they are going through so do just that.  Agree that they are feeling these emotions. With regards to  the reason, stay neutral.

Do say “You seem really upset” Do not say: “I would be upset too”

Reframing is the ability to get people to see a situation from a different view. This can be done by changing the words that are used so that the context of the statement is more positive and attempts to put the speaker in the frame of mind that is required to resolve the dispute. This is a difficult skill that takes time to master so practice by firstly thinking of words that are viewed of as negative and think of what would be the positive version of that word. E.g. an obstacle can be viewed as a challenge.  Someone who is described as impatient can also be described as keen. Once you have the handle on this it’s time to look at reframing complete statements.

‘My Mother consistently interferes in my life, she won’t let me do anything” can be reframed in a more positive way into ‘It sounds like you have a very protective mother”

The two most important tools that any quality mediator utilises are WATNA and BATNA which are short form for “Worst Alternative To a Negotiated Agreement” and “Best Alternative To a Negotiated Agreement.” One of the biggest myths about conflict is that the larger the issue the more difficult the resolution is.  The truth is the complexity of the conflict is mainly governed by the people involved and not the issues. I’ve seen million dollar disagreements settle far easier and quicker than disputes over a few hundred dollars. What WATNA and BATNA do is to get people to see the likely consequences of continuing their current path of disagreement. If people can see this path then they can better decide if they need to change their position.

The ability to summarise is an invaluable tool in dealing with conflict.  Not only does it allow the speaker to feel heard but it enables transition to a new topic and encourages the parties involved that progress has been made. The key to be a good summariser is the ability to be concise, remain neutral and only paraphrase if it’s a sensitive issue or the precise wording is crucial. If you are unsure then the following phrases will help:

When I try to persuade new Managers that they should deal with conflict I always remember the words of the pioneering journalist Dorothy Thompson, as someone who was the first American journalist to be expelled from Nazi Germany in 1934 due to her interview and subsequent book on Adolf Hitler who was very used to the concept of conflict. Dorothy Thompson wrote:

This article is taken from the book "Elite Leadership". Click the picture below to purchase through Amazon