Are you a leader or a manager in disguise? 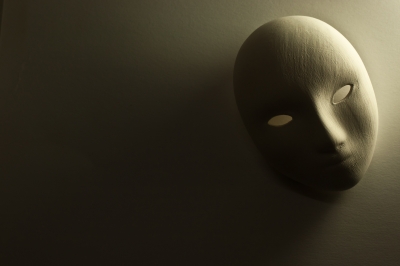 Image courtesy of audfriday at FreeDigitalPhotos.net

Are you a Leader or a Manager in disguise?

The discussion about whether it’s better to be a Manager or a Leader is continuing in offices around the world. Some people think strong management is the key to a successful company while others are of the opinion that leadership is the key to success. You see some debating that management is old-fashioned and an outdated concept yet some people think leadership is all about manipulation is outdated, It is this misunderstanding of the difference between management and leadership that creates a problem that is plaguing a lot of businesses today. People thinking they are leaders but actually they are managers in disguise.

Management is the responsibility and control over people and resources in order to achieve an objective.

Leadership is the influence over people in order to achieve an objective.

Let’s look specifically at people who are in managerial positions. In order to be truly successful you have to be both a manager and a leader. You need the core managerial skills  to create systems and processes while adjusting resources in order to maximise efficiencies. These skills will keep you in good stead and create a strong foundation to the team especially in managerial positions that sit towards the lower end of a managerial structure like front-line managers and supervisors. Strong managerial skills will take a team to where it needs to go yet it’s the leadership skills, the influence over people that will take teams to levels that it never thought possible. It’s the leaders that turn thoughts into dreams, dreams into a reality and a cause into a revolution. To do this you have to be a true leader.

Now to fully distinguish whether you
are a true Leader or just a Manager in disguise just consider the following questions.

When you ask people to do something would they still do it if you weren’t their manager?

Answer this honestly. If  they wouldn’t do what you asked if you weren’t their manager then you are a manager in disguise. Now there are circumstances when you have to be a Manager because let’s be honest there’s a reason why people get paid to go to work. It is because the majority of people wouldn’t turn up if they weren’t paid. However with the majority of tasks particularly tasks that require even a rudimentary level of cognitive ability getting people to work because they want to rather than they have to will always produce more productive, more innovative and more rewarding results.

When one member of your team makes a mistake does that mean you change a policy that impacts everyone?

When I’m delivering leadership workshops in an organisation one of the most common complaints I get from team members is how everyone is impacted by a managerial reaction to a mistake made by one person. Let’s take a common example. One person has been found misusing the wi-fi access at work so the Manager decides to take away the facility from all staff. So all staff are punished for one person’s mistake. So how does that make them feel? Neither respected nor valued which ultimately impacts on their work and their commitment to the organisation. It’s easy to see how this happens all too commonly especially if a manager looks at the situation through the eyes of a Manager. As mentioned previously a managerial approach focuses on control and responsibility of people and resources. If a staff member misuses a resource, a typical managerial reaction would be to stop that resource hence punishing all the staff or an even worse and old fashioned response would be to dismiss that particular staff to make an example of him to the others. Now this is actually an easy way out and in my opinion a lazy way out. While managers believe they are only doing their job, the staff are thinking "what a rotten manager." Yet if the Manager looked at the situation through the eyes of a leader and focused on influencing people then the reaction becomes more communication and education rather than mechanical.

Would your job be easier if you didn’t have people reporting to you?

I know there will be some people who will disagree with this statement but it’s easier to be a manager than a leader. I say that because leadership is exclusively people focussed and people are very unique and can be quite complicated. There is nothing you will deal with in an organisation that presents as many variables as people do. Different personalities, different values, different drivers take all that into consideration you still have to factor in that people are constantly being influenced by multiple sources such as friends, family colleagues etc. It’s no wonder that people resort to a managerial approach, it’s tempting to remove the people factor from decisions, it’s easier but it’s not necessarily  better.

People are complicated.  They  present a puzzle that is different to comprehend let alone solve. The  skills of a leader take a long time to develop and requires specific training but the path is worthwhile.

If you can have a team that works alongside you as fellow leaders, each influencing each other believing in what you believe in and working for the same goal because of what that goal represents rather than just because of the size of the pay cheque then you will achieve results that you never thought possible.

A genuine thank you for taking time to read this article. Im fascinated with leadership and what makes people successful, I'm interested to hear what you think about this article and your views on the subject so feel free to chat with me on my Twitter account below

Mark Wager is an expert in developing leaders and forming effective teams. Mark provides leadership mentoring services and facilitates MBTI team building workshops. To find out how Mark can make you a better leader contact him via his Twitter account above or the enquiry form below