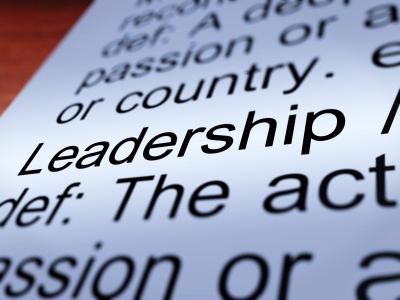 The greatest leadership quotes ever

"Leadership the art of getting someone else to do something you want done because he wants to do it" – Dwight D.Eisenhower

"There go the people. I must follow them for I am their leader" – Alexandre Ledru-Rollin

"The real leader has no need to lead. He is content to point the way" – Henry Miller

"A Leader is a dealer in hope" – Napoleon Bonaparte

"If your actions inspire others to dream more, learn more, do more and become more, you are a leader" – John Quincy Adams

"Never tell people how to do things. Tell them what to do and they will surprise you with their ingenuity" – George Patton

"The best example of leadership, is leadership by example" - Jerry McClain of Seattle, WA

"If it's a good idea, go ahead and do it. It is much easier to apologize than it is to get permission" -  Admiral Grace Hopper

"You gain strength, courage and confidence by every experience in which you really stop to look fear in the face. You must do the thing you think you cannot do"- Eleanor Roosevelt

"Leadership in today's world requires far more than a large stock of gunboats and a hard fist at the conference table" - Hubert H. Humphrey

"All of the great leaders have had one characteristic in common: it was the willingness to confront unequivocally the major anxiety of their people in their time. This, and not much else, is the essence of leadership" - John Kenneth Galbraith, U.S. economist ìThe Age of Uncertaintyî

"It's amazing how many cares disappear when you decide not to be something, but to be someone" - Coco Chanel

"Most of the ladies and gentlemen who mourn the passing of the nation's leaders wouldn't know a leader if they saw one. If they had the bad luck to come across a leader, they would find out that he might demand something from them, and this impertinence would put an abrupt and indignant end to their wish for his return"- Lewis H. Lapham

"In organizations, real power and energy is generated through relationships. The patterns of relationships and the capacities to form them are more important than tasks, functions, roles, and positions" -  Margaret Wheatly Leadership and the New Science

"The quality of leadership, more than any other single factor, determines the success or failure of an organization" - Fred Fiedler & Martin Chemers Improving Leadership Effectiveness

"Don't be afraid to take a big step when one is indicated. You can't cross a chasm in two small steps" - David Loyd George

"Excellence is not an accomplishment. It is a spirit, a never-ending process" - Lawrence M. Miller

"The first responsibility of a leader is to define reality. The last is to say thank you" - Max DePree

"When what you are doing isn't working, you tend to do more of the same and with greater intensity" - Dr. Bill Maynard & Tom Champoux Heart, Soul and Spirit

"A friend of mine characterizes leaders simply like this: "Leaders don't inflict pain. They bear pain." - Max DePree

"Dictators ride to and fro upon tigers which they dare not dismount. And the tigers are getting hungry" - Winston Churchill

"A new leader has to be able to change an organization that is dreamless, soulless and visionless ... someone's got to make a wake up call" - Warren Bennis

"I used to think that running an organization was equivalent to conducting a symphony orchestra. But I don't think that's quite it; it's more like jazz. There is more improvisation" - Warren Bennis

"Never tell people how to do things. Tell them what to do and they will surprise you with their ingenuity" - George Patton

"To lead people, walk beside them ...

As for the best leaders, the people do not notice their existence.

The next best, the people honor and praise.

The next, the people fear;

When the best leader's work is done the people say,

"We did it ourselves!"

"Unless commitment is made, there are only promises and hopes... but no plans" - Peter Drucker

"Hell, there are no rules here--we're trying to accomplish something" - Thomas A. Edison

"Leadership is understanding people and involving them to help you do a job. That takes all of the good characteristics, like integrity, dedication of purpose, selflessness, knowledge, skill, implacability, as well as determination not to accept failure" - Admiral Arleigh A. Burke

"Lead and inspire people. Don't try to manage and manipulate people. Inventories can be managed but people must be lead" - Ross Perot

"We must become the change we want to see" - Mahatma Gandhi

"A competent leader can get efficient service from poor troops, while on the contrary an incapable leader can demoralize the best of troops" - General of the Armies John J. Pershing

"The quality of a person's life is in direct proportion to their commitment to excellence, regardless of their chosen field of endeavor" - Vincent T. Lombardi

"Kind words can be short and easy to speak, but their echoes are truly endless" - Mother Theresa

"An empowered organization is one in which individuals have the knowledge, skill, desire, and opportunity to personally succeed in a way that leads to collective organizational success" - Stephen R. Covey, Principle-centered Leadership

"Nearly all men can stand adversity, but if you want to test a man's character, give him power" - Abraham Lincoln

"We know not where our dreams will take us, but we can probably see quite clearly where we'll go without them" - Marilyn Grey

"It is not a question of how well each process works, the question is how well they all work together" - Lloyd Dobens and Clare Crawford-Mason Thinking About Quality

"Do not follow where the path may lead. Go instead where there is no path and leave a trail" - Ralph Waldo Emerson

"The leader has to be practical and a realist, yet must talk the language of the visionary and the idealist" - Eric Hoffer

"In war, three quarters turns on personal character and relations; the balance of manpower and materials counts only for the remaining quarter" - Napoleon I

"To manage a system effectively, you might focus on the interactions of the parts rather than their behavior taken separately" - Russell L. Ackoff

"Never forget whatever team you lead in whatever industry, as long as people are involved you are never more than one step away from the playground" – Mark Wager

"The final test of a leader is that he leaves behind him in other men the conviction and will to carry on" - Walter J. Lippmann

"You may have a fresh start any moment you choose, for this thing that we call 'failure' is not the falling down, but the staying down" - Mary Pickford

"Leadership has a harder job to do than just choose sides. It must bring sides together" - Jesse Jackson

"The trouble is, if you don't risk anything, you risk even more" - Erica Jong

"No man will make a great leader who wants to do it all himself, or to get all the credit for doing it" - Andrew Carnegie

"The quality of a leader is reflected in the standards they set for themselves" - Ray Kroc, Founder of McDonald's

"Remember that it is far better to follow well than to lead indifferently" - John G. Vance

"The only real training for leadership is leadership" - Antony Jay

"Quality has to be caused, not controlled" - Philip Crosby Reflections on Quality

"Don't be afraid of the space between your dreams and reality. If you can dream it you can make it so" - Belva Davis

"The future is taking shape now in our own beliefs and in the courage of our leaders. Ideas and leadership -- not natural or social 'forces' -- are the prime movers in human affairs" - George Roche, A World Without Heroes

"And when we think we lead, we are most led".- Lord Byron

"Leadership consists not in degrees of technique but in traits of character; it requires moral rather than athletic or intellectual effort, and it imposes on both leader and follower alike the burdens of self-restraint" - Lewis H. Lapham

"I am a leader by default, only because nature does not allow a vacuum" - Bishop Desmond Tutu

"If one is lucky, a solitary fantasy can totally transform one million realities" - Maya Angelou

"The final test of a leader is that he leaves behind him in other men the conviction and the will to carry on. . . . The genius of a good leader is to leave behind him a situation which common sense, without the grace of genius, can deal with successfully" - Walter Lippmann

"There is no such thing as a perfect leader either in the past or present, in China or elsewhere. If there is one, he is only pretending, like a pig inserting scallions into its nose in an effort to look like an elephant" - Liu Shao-ch'i

"If you obey all the rules, you miss all the fun" - Katharine Hepburn

"All serious daring starts from within" - Eudora Welty

"If you think you can do a thing or that you cannot do a thing, in either case you are right" - Henry Ford

"When nothing is sure, everything is possible" - Margaret Drabble

"The world is round and the place which may seem like the end, may also be only the beginning" - Ivy Baker Priest

"Leadership does not always wear the harness of compromise" - Woodrow Wilson

"A leader is someone who can do everything themselves, but let other people help them" – Don Rittner

"All serious daring starts from within" - Eudora Welty