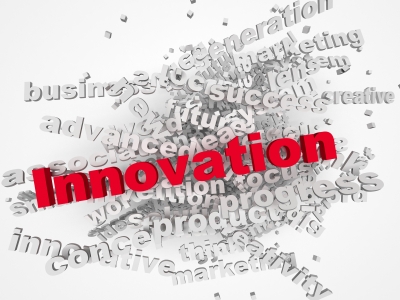 Over 65 million years ago reptiles such as the Tyrannosaurus Rex ruled the world and mammals were low down on the hierarchy of the evolutionary table yet dinosaurs became extinct and mammals evolved and now rule the world. History continues to teach the same lesson that it’s not always the biggest that survives it’s the smartest.  The lesson is never truer than in the world of business. CEO’s know that the key to survival is innovation, designing the next big thing, thinking of ways to do things quicker and more efficiently. That is why every company needs a culture of innovation, an environment which encourages every employee to engage with the company and to invest time to share ideas that could give the company that vital advantage over their competitors. But how do you create this type of culture?

A culture of innovation can only truly exist in an environment of complete trust and trust can’t be maintained unless there is honesty in the organisation especially from the Senior management. Remember honesty doesn’t mean you have to tell everyone the company's secrets but it is about being authentic and not misleading people. Be clear about your vision for the organisation and in particular the reason why you are doing things and how this impacts them. The golden rule for any leader is if you don’t know what to say then tell the truth.

Fundamentally everyone wants to feel valued. Make it clear that the company is all employees and it is not management vs. staff or production vs. sales. Discourage departments trying to create separate identities and focus on one identity. This identity has to be portrayed as all employees each contributing in a different way in order to achieve the same vision. Once you do this then participation will come.

Companies are now starting to realise the importance of innovation, and instead of seeing innovation as a perk or an extra they are seeing it as an essential ingredient of success and are prioritising it as such. One such company is Google who famously gives its employees 20% google-time, this is when 20% of an employee’s time is to be spent on pet projects which are not related to their normal workload. Google claims that many of its products have started out as a result of google-time.

To be truly innovative you have to make it clear that there are no limits to thinking. I’ve seen many times Managers automatically dismiss ideas as being impossible without discussing the idea. The vast majority of ideas will lead to nowhere but if never considered and automatically dismissed you may miss the genesis of a truly innovative suggestion. History is littered with examples of people achieving the so-called impossible tasks. These people knew that nothing was impossible. Now just imagine what your organisation could achieve if everyone shared that same attitude?

This may seem simple but it is the most common mistake that companies make when trying to create an innovative culture. It is vital that whenever anyone suggests an idea they receive a thank you for their efforts even if the idea leads nowhere you still want to encourage innovative thinking. There’s a lot of science about creating cultures but fundamentally it boils down to encouraging behaviours you want and discouraging behaviours you don’t want.

Tip 6 – Keep ownership where it belongs

A culture of innovation is not just about people sending in ideas and suggestions it’s more than that. It is about people coming up with solutions. When people come up with solutions they should always retain an element of ownership. We all know ideas evolve and adapt but there’s nothing that will help to establish your innovative culture more than people seeing how their colleagues have suggested solutions which have resulted in positively impacting the business.

A common misunderstanding is that money is the most powerful motivator for innovation. A lot of studies including from the United States federal Bank have concluded that it is not money that is very motivating for tasks that are heavily focussed on mechanical skills yet if the task requires cognitive skills (such as innovative thinking) then monetary rewards did not lead to a better result and actually in a lot of cases led to poorer performance. You will find that deciding how to reward people could be one of the most difficult aspects of the whole process. It is difficult and is a topic that requires an article on its own. The one suggestion I will mention on rewards is that I do a lot of work on psychological assessments and profiling with individuals, teams and organisations but nothing works better than simply asking people. You want to show gratitude, ask them what the best way to do it is.

The final word should be with the man behind one of the most innovative companies of our generation, a company whose innovation didn’t just transform the company but a complete industry as well.

“Innovation has nothing to do with how many research and development (R&D) dollars you have. When Apple came up with the Mac, IBM was spending at least 100 times more on R&D. It’s not about money. It’s about the people you have, how you’re led, and how much you get it"- Steve Jobs

Find out if Executive Coaching is for you with a free twenty minute strategy session.

Mark Wager has over twenty five years of experience in developing people and teams. An author of two books "Elitr Leadership" and "The Elite Guide to Leadership" Mark delivers team building and leadership workshops both domestically in New Zealand and internationally. To enquire about booking a workshop with Mark use the enquiry form below.