The Four Elements of Conflict 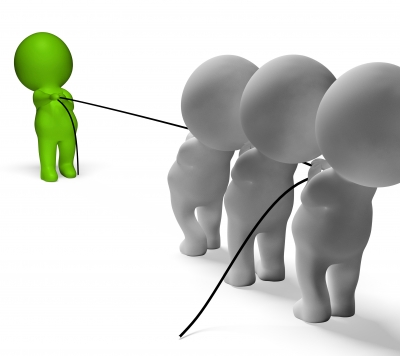 The Four Elements of Conflict

From our early days as children we are told that conflict is bad and is something to be avoided. The truth however is that conflict is a powerful force that enables change and should be embraced, looking back on my time as a Manager the biggest mistakes I have ever made have been because of the absence of conflict, people never felt comfortable raising views which are different from mine because their views either wouldn’t be listened to or interpreted as being negative.

Conflict should be encouraged if it can be managed in an effective way. Most studies illustrate that the most loyal customers of an organisation have pledged their loyalty due to an effective resolution of a complaint. The most healthy of relationships have lasted because conflict is addressed in such a way that communication is open so feelings do not stay hidden away and fester they are allowed to be explored therefore relationship evolve and survive

The views can be seen as one of the four elements, Earth, fire, water and air. Have a read of the descriptions below and see which element sounds like you.

The people are on the outside tough and firm and when confronted with conflict may initially appear to instantly dismiss any emotions as impractical and will go to great lengths to bury their own under layers of logic.

Earth people maintain a firm stance on topics and conflict often occurs of that stance being challenged or worse overturned. They see any solution to conflict as a result of a firm decision being made preferably one surrounded with logic. The resolution Earth seeks is for the turmoil to be over and order restored.

“Just give me my stapler back’

If you relate this to a workplace example of conflict being caused due to someone stealing someone else’s stapler, don’t think this is trivial I’ve seen relationships destroyed over worse. In this scenario an Earth personality will consider the conflict over if the stapler is returned.

This is the opposite of Earth, if you have a fire personality then you are not easily drawn into conflict but when you are especially when it relates to something or someone that you are passionate about then heaven help everyone else. For Fire people conflict has an easy habit of spreading quickly engulfing other people into the conflict. They want everyone to have their say sometimes even people who are not initially involved in the conflict, while Fire people consider this an appropriate way of dealing with conflict “why can’t resolve anything unless we talk about it first!” other people may wrongly accuse them of stirring.

“Let’s sit down and have a chat about this”

Relating back to the stapler scenario Fire people will be more focused on discussing why the stapler was taken more than just getting the stapler back. If conflict is resolved without a full exploration of the issues you can easily find Fire people not being fully convinced that the conflict has been correctly resolved.

Air people may give the wrong impression that they are not present or engaged in what is happening. They apply a lot of faith in relationships and the winds will remain calm as long as trust is present yet when trust is challenged or broken then the gentle breeze becomes a fierce dangerous storm cutting everything down in their path through a serious of sharp but brutal observations and comments.

“I want to know why they took my stapler.”

In conflict Air people want an exploration of the issues in order to ensure that the circumstances do not happen again. If they were just given back the stapler they would dismiss the solution as an easy way out because they do not see why the issue would not reoccur. The process would need to be clear and transparent just like air

Like the ocean these people’s moods can be changeable, the impact of the conflict is greatly influenced by the mood they are in that day. The focus of Water people through any conflict is a return to calm waters; they are concerned about maintaining harmony which means the discussions can focus more on relationships rather than the initial point of conflict

“Are we still friends?’

Going back to the stapler scenario water people will be concerned about the break-down of relationships, would require openness in order to seek out harmony, the retuning of the stapler would be a minor secondary issue

So which one are you?

Do you just want it over with?

Do you want to explore the reasons why it happened?

Do you want a clear defined process?

Do you just want people to get along?

Four different views on conflict, four different ways to approach it and crucially four different resolutions sought. Whatever your conflict element you need to be conscious that whoever you are in conflict with may well have a different conflict element, it’s this awareness and understanding of what the other person requires that will not only resolve conflict but actually in the long term strengthen your relationship.