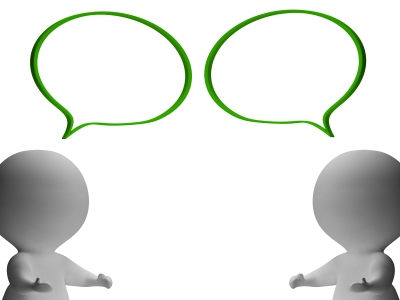 We know that something has to be said, whether it’s a staff member consistently coming in late or your partner is annoying you. While we are building up the courage to discuss the matter the issue is also building inside us. We are worried about how the person is going to react. Are we going to make things worse? Until we get to the stage that the moment has passed and now it feels too late to raise the issue. Sounds familiar? If so then read on.

The biggest problem is that people find it difficult to fully understand that other people may see the world in a different way to themselves and what we see as a problem other people may see as something insignificant. The best way to approach this is to follow five simple steps.

Step one – be honest with yourself

If you lie to people you lose your friends yet if you lie to yourself you lose any chance of meeting the person you were meant to become.

When you ask yourself why you are not having that difficult conversation the chances are you are lying to yourself. Many people find themselves in a situation that they go to great lengths to rationalise the reason why they are not having that difficult situation. It is not unusual that the rationalisation revolves around the other person e.g. I don’t want to upset them, but the undeniable truth is that the real reason why you are not having the conversation is a purely selfish one. People are usually afraid to have these conversations because they imagin the worst possible outcome. There is only way to guarantee a bad outcome and that is to continue to avoid the conversation.

Take ownership of the areas of your life that you are not happy with and you will be surprised with the power that you possess to control your own destiny.

The brutal truth about life is that if you are not happy with a situation then the only person who can remedy that situation is yourself. You will be amazed how different the world looks if you take ownership of every aspect of your life and also incredibly empowering. I remember once after a break-up with a girlfriend I was moaning about her lack of honesty and integrity and how similar she was to my girlfriend before. In the middle of my rant a friend said to me “Why do you allow these type of people in your life?” suddenly my focus changed and instead of blaming other people I realised that I had a share of the blame and the solution was completely within my control.

Take ownership of the areas of your life that you are not happy with and you will be surprised with the power that you possess to control your destiny.

We all see the world through different eyes. One person’s hell is another’s paradise. Despite our obvious similarities our differences are too numerous to mention

A common trait I find in new Managers is that they always seem to assume the intentions of a staff member before they have a difficult conversation. The problem with this is that the conversation quickly turns towards debating the assumption rather than the issue itself. For example a staff member regularly comes to work late, the Manager starts the conversation by saying he/she wants to discuss the staff member’s slack attitude then the conversation is easily escalated because the manager is assuming the reason for lateness is because of a slack attitude. It may well be but if you assume this without allowing the employee to comment then you are making a sensible discussion about timekeeping much more difficult.

Once you have explained the situation then go into detail about what problems this causes. You will often find that the person hadn’t considered your point of view. If this doesn’t work then be more direct by asking them to put themselves in your situation. This is a delicate stage of the conversation and it’s vital not to lose your temper or show signs of disappointment. Trying to see the situation through a different person’s point of view is difficult and can take time so remember if they could do that easily then you wouldn’t be having this conversation in the first place.

Step five – work together to find a solution

Once both parties share the same understanding then a solution can be put into place and the key to finding a lasting solution is three-fold. Firstly do not discount anything despite how bizarre the idea may be, some of the most innovative ideas in history have come from an original idea that was originally perceived as bizarre. Secondly have clear expectations of what will happen if the matter is not resolved. Make this path clear so everyone knows what is at stake and finally confirm who is responsible for what when discussing the actions required when remedying the situation.

Every path in life is difficult but having the courage to confront difficult situations will open up pathways that you never conceived possible.

Best of luck and carry on talking