Give your career a chance by Mark Wager 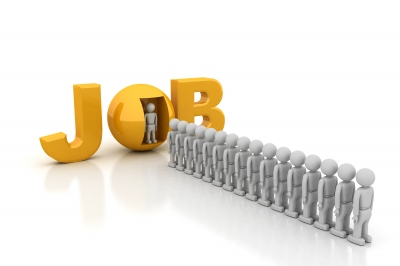 Give Your Career A Chance

Last year I wrote an article called “Give people a chance when recruiting” that attracted a lot of attention. The article was about how employers, especially in New Zealand were very reluctant to give potential employees a chance. I discussed how New Zealand employers were paying so much emphasis on specific industry experience that they were missing out on candidates who possessed personal qualities such as passion and enthusiasm that alongside technical ability could potentially bring great value to their business. After the article was published I received many emails from people, especially people who were new to New Zealand many of whom were frustrated in finding an employer that would give them a chance. Now nearly a year later I wanted to share a recent experience of some conversations with two people I know both of whom are looking for a career in law.

Within the last week I’ve been involved with conversations with two prospective lawyers in Auckland both of whom have worked with me within the past year. One is woman the other a man both around the same age, both graduated within the past year, both of them committed to a career in law but finding it difficult to get a break.

The job market is incredibly difficult and becoming a lawyer in New Zealand, in particular Auckland is very competitive. The man lawyer spoke to me after reading my article and expressed his dismay at finding a position that he felt matched his abilities. He was constantly being rejected and even in some cases not getting to the interview stage, he was so dismayed that he was considering if law was his correct career path. My heart went out to him and to everyone who had emailed me sharing his story, a story which reminded me so much of when I started my search for a job in New Zealand, a search that was so frustrating that it led me to start my own leadership consultancy, a decision which has turned out to be one of the best decisions of my life.

A few days later I received a call one evening from a law firm asking me for a reference for a lady who used to work for me, again a young prospective lawyer trying to build a career in a competitive market. The lady is smart and professional and I gave her a glowing reference but I was intrigued about the recruitment process as her grades were to be honest were quite average and nowhere near as good as the other gentleman. As it turned out what had happened was that the firm hadn’t even advertised for the position The young woman had contacted the law firm with her CV and covering letter stating what value she could add to their company. She had even followed up with a phone call asking them to consider her whenever a position arose. This attitude impressed the firm  so much that they invited her in for a meeting, called me to have a chat about her qualities and ended up offering her a job, a job that a few weeks ago they didn’t think they needed.

This lawyer is a fine lawyer and will be a great lawyer but is she the most qualified lawyer in the marketplace? No, but she demonstrated the qualities that are invaluable.  Passion and commitment. In my article last year I wrote about how employers not only failed to look for these qualities but didn’t place much weight on them when they did see them. However this recent experience has changed my view on this slightly. It’s not just the employers who should take all the blame. Maybe  we as current and/or prospective employees need to take responsibility to work for the type of company we want to work for and not just wait to be asked. A company only employs someone if it is a wise investment to do so. They consider whether an employee will produce enough work to justify their position and generate a profit. As a prospective employee maybe we should help with this process and justify to companies why it is a prudent decision to hire us, explain like the lawyer, pitch a discussion about what value could be introduced to the company. Now I’m not saying this is going to guarantee you a job but ask yourself two questions.

Firstly what would give you a better chance of finding your dream job? Approaching companies or by waiting for them to advertise.

Secondly if you were hiring which of the prospective lawyers in my story would you hire, would it be the smart male lawyer or the hungry, proactive lawyer who displayed great character and wants desperately to work in your firm. The answer seems quite simple.

The simple fact is that life is not fair, not all of us are going to get the same opportunities or the same rewards. No matter how unfair life is and how we may get treated by people none of us should ever forget that the responsibility for our career rests with no one but yourself. It is up to us to make our own career and the best career possible.

Mark Wager is one of New Zealand's leading leadership mentors. An international author and certified MBTI practitioner, Mark specialises in turning people into elite leaders. To contact Mark regarding improving your leadership skills please use the enquiry form below