Winning at all costs - is it worth it? 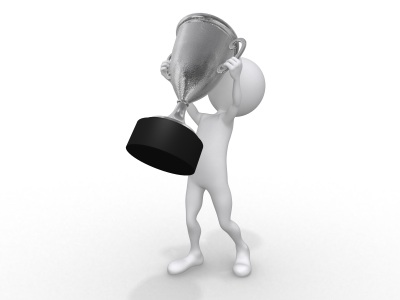 Winning at all costs– Is it worth it?

At a recent Q & A session I was asked an interesting question. The question was "What personal philosophy of mine had changed most over my twenty five years as a Manager?" This was interesting as my views on a lot of aspects of leadership have changed over the years and hopefully I'm more of an authentic leader than I was when I was younger. Pondering over the question, I believe the personal philosophy of mine that has changed the most is my approach towards winning. I used to believe that winning at all costs was the right way, and if that meant cheating or lying so be it. The main thing was winning. Now I have a different approach. I believe that if victory comes at the cost of your integrity and honour then the victory is not a true victory, just a mere illusion of one. Don't get me wrong. I'm incredibly competitive. In fact I believe I'm more competitive now than I was when I was younger but I've seen the consequences of winning without honour and it's not pretty. Let me explain more.

There is an age old saying "all is fair in love and war" but is it?

If you believe in winning at all costs then you may have won the battle but have lost the war or the very purpose for what you have been fighting. In terms of sports, a typical area where winning at all costs is commonly demonstrated is a player cheating to win a game yet he also may have just lost his credibility and with that his fans, future contracts, sponsorships and other match opportunities to prove himself and his talent. He may have killed his career before it began. How often have you seen football players purposely dive in the penalty area in order to win a penalty. They do this so often that they gain a reputation for it to such a degree that eventually referees stop awarding them penalties even in instances when they have been legitimately fouled. Sports stars who get involved in scandals soon see their sponsors quietly depart long before their loyal fans do likewise.

When I was younger I worked as a Broker Sales Manager in a Finance house in London. The environment was all about getting the deal at all costs and I along with a lot of young men at the time did exactly that. We got the deal and if it cost us our friends, our girlfriends or even our family we did just that. It was all about money and all about winning. I was in my early twenties and to be honest I loved the brutal raw competition but looking back now I was wrong. Winning without honour is not worth it and the reason for my answer may not be what you first think of.

If you win without honour you have already lost, you just don’t realise it yet.

The people who feel that you should be prepared to win without honour and at all costs, tend to think this way because their mentality doesn’t match their own ethical and moral beliefs. This demonstrates conflict within themselves generating negative energy bringing them down in the long term. The majority of people believe that winning without honour is just not the right way to approach life because it's "not right" but there is another reason why honour is so important. The reason why you should compete with a strict ethical code is because that is the only way you will realise your full potential. Let me explain why.

Nearly every successful person is driven by some demons, whether those demons were generated by the need for revenge, or idealism or just plain survival. They have this hunger that the majority of people haven’t got. When you meet the very best, and I mean the world-class successful people, the best of the best people who are fulfilling their complete potential, they have something extra. Deep down they are all nice people; they have a manageable ego and come across as genuinely nice people.

They still have their demons driving them but they are kept in check by their moral beliefs and their code of honour. They have a clear conscience and are effectively guided by their inner angels which mean they are able to fully focus without any of the self-doubts that naturally come with these motivating demons.

Warren Buffet, who is widely considered to be the successful investor in the 20th century, has commonly sealed deals with just a handshake.

Lionel Messi, The Barcelona and Argentina forward and best footballer in the world recently said; “I am more worried about being a good person than being the best football player in the world. When all this is over, what are you left with?”

What these legendary world-class professionals share is the ability to maintain an intensity and focus that the majority of people can’t. While the demons bring the intensity, it’s the inner angels that bring the focus. The amazing thing is that this isn’t a modern realisation. In ancient Japan Samurais lived by the code of Bushido “way of the warrior” a set of principles that defined their code of honour. Even earlier in medieval Europe, Knights had their own code of honour. The trend continues today. You will not find an elite military force without a strict ethical code.

The key to fulfilling your potential is to get your inner demons and angels to work together hand-in-hand.

In conclusion, not only are there strong moral arguments to support winning without honour is not the correct path, there is also compelling evidence to suggest that without honour you can never ever win against the toughest opponent you will ever face. That opponent quite simply is you. To win against others you must first win against yourself. By this I mean you are in complete control of the demons within you that would otherwise create conflict causing you to choose the wrong path to failure as opposed to success.