The First Step Towards Success by Mark Wager 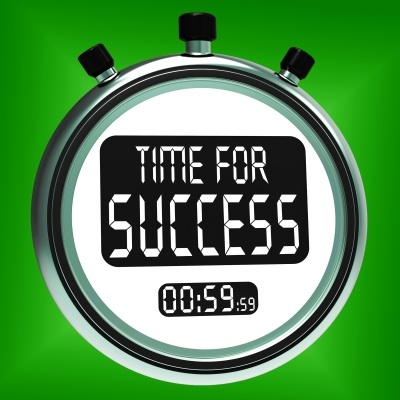 The First Step Towards Success

Everyone wants to be successful. We just have different definitions of what success looks like. For some, success is having a large house with a fancy car while for others, success is judged by how many lives they have touched. We all view success differently. A homeless man may consider success as having enough money for a meal while an executive may consider an expensive business lunch that doesn’t result in the closure of a major deal a complete and utter failure. For me success is defined quite simply.

Success is not about gathering money it’s about being able to live by your principles, no one else’s.

This quest for a successful lifestyle is universal. The question is how do we achieve it. With so many different interpretations about what success looks like you can easily think that the path towards success is equally diverse but it’s not. To be successful you need to follow some simple principles which may be easy to comprehend but are extremely difficult to implement. This article looks at the first step you need to take if you have any aspirations at all to be successful.

Before you even start your journey you need to congratulate yourself because by having the courage to consider changing your life you have placed yourself above many people who are either afraid to chase their dreams or even worse, there exists a large number of people who are blissfully unaware that their dreams are within their grasp. Congratulate yourself that you are no longer one of these people and get ready to start your journey towards your dreams.

The first step is belief.

There are many stories that illustrate the impact that belief can have on success but I would like to share my favourite story. The story of a medical student that one day achieved something that the world felt was impossible.

On the 5th May 1954 the world record for the mile in men’s athletics stood at 4:01:4, this record was then considered near unbreakable as it had been in place for nearly nine years. During this period of over 3,000 days people had continuously attempted to break the record and failed. The extent that people believed the four minute record for the mile was unachievable was best illustrated by a newspaper article during that time which suggested that man had reached his physical peak and if man were able to break the 4 minute mile barrier he would combust as a result!. While this theory wasn’t universally acknowledged it wasn’t completely dismissed either. Yet on the 6th May 1954 on an athletics track at Oxford University one man changed everything.

The previous record stood for 3,131 days yet Roger Bannister’s record which was only 2 seconds quicker stood for only 46 days. The impossible goal suddenly became achievable. Not only that but now that the “impossible” barrier had been removed, within the next three years an incredible 16 athletics had broken the four minute barrier. Just 21 years later John Walker from New Zealand ran the first sub 3 minutes 50 at 3:49:4, John would later go on to run 135 sub-four minute miles.

Did Roger Bannister break the four minute barrier because he could do it? Yes he did, but was it the only reason? No

If you believe that your dreams can come true it doesn’t guarantee success but if you don’t believe then the only guarantee is failure.

So just what are we capable of doing?

Take a moment and consider all of the barriers that we believe stop us from succeeding. Not enough money, not enough time, not enough resources, not enough luck. The list goes on but if you believe and believe with a passion then what happens? You find the resources, you make time and what about luck? Don’t get me started on luck. One of the most frustrating statements people make is when they say that other people are more successful than they are because of luck. When I deliver workshops and I hear that statement I know we have a lot of work to do. What we perceive as luck is just when people have the belief and preparation to be ready for the opportunities that life presents to all of us.

The barriers in our lives our just the same as the four minute barrier that Roger Bannister faced. Like him you will have people around you telling you it's not possible but just like Roger Bannister you to can shock the world. It's a long journey but the first step is to believe.

I just want to end by sharing one of my favourite quotes by author Marianne Williamson which I believe reflects the challenge that each of us face.