Should you Sweat the Small Stuff? A leadership article by Mark Wager 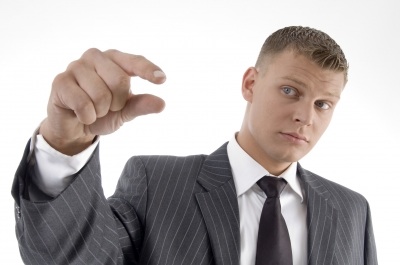 Should you sweat the small stuff to become successful?

I was asked an interesting question last week at a leadership workshop that I was delivering. The question was whether you should actually sweat the "small stuff." The gentleman who asked the question explained that he was reading two books, both by successful people and in one book, the author said that you should forget the small stuff and only concentrate on the main "big ticket" items, the main activities that will make a difference yet the other book went into detail about how the small stuff is vital to being successful and how we address this so called “small stuff” can be the difference between success and failure. So which one is correct. To achieve success should you sweat the small stuff or not?

The short answer is that both of them are correct. Whether you focus on the “small stuff” or focus on the “big ticket” items both are contributing factors to success, however its all about timing and knowing when to use the small stuff and when to use the big ticket items. Even though these are often seen as opposing philosophies and unfortunately are implemented as such, in reality they are different views taken from different stages of success. The real success comes when you master the art of handling both. Your journey to success whether it's individual or team success needs to start with focussing on the select few items that will produce the biggest results. Once you reach a certain level of success then the focus needs to be on the small items that others may perceive them as trivial. Let me explain further.

At the beginning of your journey towards success, whether it’s an individual goal or a team goal, you are faced with a huge problem. That problem is - there are not enough hours in the day to achieve everything you want to achieve. Yes you can work longer hours and yes you can even work smarter but no matter what you do time will always be limited. You can’t increase time, even by working longer hours. You are often reducing your efficiency. The longer hours you work, the less efficient you become. What you have to do is focus on the two-three activities that will make the biggest difference and by focus I mean really focus. Shut out everything else and make these three activities work.

Once these three activities are working then it’s time to switch focus to marginal gains but with this transition, timing is the key. It’s common to see people start switching their focus to the small stuff too early and the main areas of their business suffer as a result. This can commonly happen because the focus on small stuff is not because of wanting marginal gains it’s because it’s an easy and effective method of distracting themselves from difficulties they have in their lives. This distraction is amazingly effective because the small stuff grants the struggling leader what they most want and that is control. Have you seen people who are struggling with results and when you talk to them they seem to be obsessed with what you may see as trivial? They have lost control and are seeking that control wherever they can find it. Alternatively if you switch your focus too late then you will lose productivity as you plateau at the good but not great level and you never reach the highest levels.

So when people talk about the key to success and one person says that it’s about not sweating the small stuff and someone else says that an obsessive attention to detail is the way ahead, just remember that they are both correct. At the start focus on the main 2-3 big ticket items. During this time if you get the main elements right the small stuff takes care of itself until you are about 90% of the way there. Then switch focus to the small ticket items, the marginal gains. Do this and you will find that you will achieve the success you wanted.

‘Winning the Ruby World Cup was not about doing one thing 100% better, but about doing 100 things 1% better” – Sir Clive Woodward