The Power of Leadership by Mark Wager 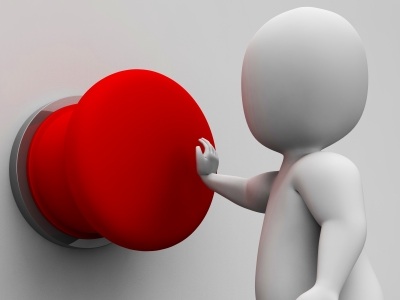 The Power of Leadership
By Mark Wager

Leadership is often an over complicated subject. You type in the word “leadership” into any on-line book store and you will hit an avalanche of results. Hundreds if not thousands of books explaining the merits of leadership and yes, including my book “Elite Leadership- A collection of leadership articles" would be one of them. Yet despite all of these books leadership is actually quite simple. It's just its application that needs understanding, experience and sometimes expert training and advice.

In its simplest terms Leadership is the power to influence people.

There are many ways for someone to influence people to do something. You could order them, offer them something in return, threaten them or they could do it based on their perception of you as an expert or someone they trust. This list goes on. This ability to influence has been described as a form of power and in 1959 social psychologists did studies on the different bases of power and it’s in this work that you discover the forms of leadership.

French and Raven identified 5 bases of power which explains the different reasons why people agree to perform a task when asked to do so.

Reward power:
People will do things when their actions result in an outcome that is positive for them personally. A common misconception is that reward always means a financial incentive but it doesn’t. Firstly studies have shown that when people are receiving a basic standard of salary the effectiveness of financial rewards are limited to mechanical tasks. When dealing with tasks that require some cognitive ability financial rewards have not been proved to improve efficiency. Secondly a positive outcome can also mean an improvement in their self-worth. It's amazing how many leaders underestimate the power of praise. The key disadvantage of reward power is that people quickly get used to a particular kind of reward. So quickly in fact that it soon turns from a reward into an expectation. E.g. if a company allows everyone to go early every Friday then it soon becomes a norm so the perception of it being a reward diminishes and when its removed its perceived to be a punishment.

Coercive power
This comes from a belief that the person will be punished if they do not perform the requested action. The main benefit of this power is that changed behaviour normally happens quickly yet there are many disadvantages. Engagement is quickly lost, relationships are damaged, respect is diminished and worst of all it can easily be subject to abuse. It’s an easy power to revert to because of its short-term impact but every leader should be looking for more effective and less positional based sources of power.

Expert power
If a person is considered to have superior expertise and skill they then understand situations and present solutions which lead to people having an increased level of respect and confidence in their judgement and ability. Expert power is not linked to a position it is generated by the expertise and effectiveness of an individual. You see this form of power exaggerated in a team when the person in the managerial role has poor leadership skills and low levels of expertise. The Manager relies on legitimate power to get things done but the team will often turn to a source of expertise like a long serving colleague. This if not managed correctly can cause problems in a team’s dynamics.

Referent power
This power has been referred to in the past as “cult of personality” but it’s more than that. It is when someone is perceived to have personal qualities that they are deemed to be worthy in the eyes of the person agreeing to their request. People often see something in their leader that they relate to and connect with. The advantage is that it is a productive source of power but the disadvantage is that because it is generally offered to the leader and not earned it can lead to abuse of power, and once respect in the individual is lost then the power rapidly disappears. There are many stories of celebrities and politicians that show how quickly people can fall from grace when their influence is solely based on referent power.

Each form of power has its effectiveness but to influence people in the most effective manner, by that I mean people will work to their fullest potential, not all sources of power are equal. Think about times when you have been given a task and you completed that task with a high level of enthusiasm, focus and intensity. Ask yourself what made you do it. Was it because you where expected to do it? Did you work to your fullest because of something you were getting in return? Did you achieve your best because you were afraid of what was going to happen if you didn’t? Or did you, like most people, feel most inspired and engaged when you were lead by someone who you both respected for their expertise as well as their personal qualities?

Elite leaders use a combination of expert power and referent power. While they are the two sources of power that are most difficult to achieve, they are beyond doubt the most successful. So in the simplest of terms, leadership is the power to influence people and an effective leader is someone who is referred for their expertise and respected for their personal attributes.