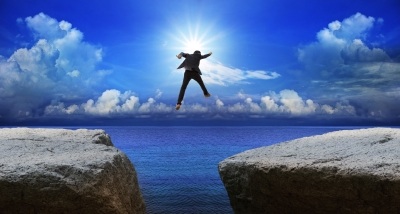 When you ask people about their experience when they first became a Manager, they usually have a specific answer. “It was my first day employed as a Manager for XYZ Company” Yet if you ask them when they first became a leader, the answer is always a lot more ambiguous. Leadership is not necessarily linked to a position, it’s more of a philosophy than a job description. A person’s leadership journey doesn’t start on your first day as a Manager or the first time you attend a management course. Your leadership journey starts before that. It’s this journey that forms your definition of leadership.

For me personally my leadership journey started when I was four. Picture this scene. I was four years old. I was a lot smaller, a lot thinner and a hell of a lot cuter than I am today. In fact I was so different I even had blond hair! Once a month my father would bring me home a comic book to read. It was my monthly treat. I remember one month my father came through the doors. I raced downstairs, grabbed the comic out of his hands and rushed back into my room, closed the door and with excitement I started reading. This month the hero of the story was a character called ‘The Flash." For those who have never heard of Flash, he is a superhero who has the ability to run at incredible speeds. While reading the comic I was amazed that Flash could run so fast that he could run over rivers and even up walls. It was then that I had an incredible revelation.

How could my parents not tell me! This was incredible news, it was so life changing that I had to share it with my classmates. There was one difficulty. At the age of four I had a speech impediment. I had a stutter and even when I could get my words out people often couldn’t understand me. Today upon reflection I look back at all the frustrations I had encountered and I can tell you, without hesitation, that no frustration I have experienced in business or work comes close to the frustration of being a four old who is unable to express how he felt. Regardless of the obstacles I knew I had to share this knowledge with my mates and find out why the adults weren’t telling us that we could fly.

The next day, I don’t know if it was a new found belief or just the enthusiasm of the message I had to share but I went into class, gathered my classmates and I shared the news. “If we run fast enough then we could fly.” The boys believed me and wanted to try to fly as soon as possible. Notice I said “boys” and that was because the girls in the class wouldn’t believe any of it. They were more difficult to convince. So off we boys went to playground at lunch time and walked to the top of the steps that led to the playground. I took ten paces back and I ran as fast as I could off the top of the steps, and while in mid-air, in that fraction of a second I realised that maybe this wouldn’t work. It was too late. I realised that it definitely didn't work when I landed flat on my face on the hard concrete surface of the playground. The exclamation point was when I was soon followed by nine other boys landing on top of me. Lucky for them it was a soft landing as I was the first and each and every one of them had followed me off the top of the steps in the hope of a Flash experience.

The teacher came over and one by one pulled up the battered bodies of the boys piled up on top of each other. At the bottom of the pile was little four year old me, my trousers torn a grazed knee and a missing tooth. The teacher looked down at me with a mixture of disappointment and bewilderment. I looked up and smiled and as I smiled I noticed my front tooth was broken in half as the impact of the fall had smashed it. The teacher took me along to the nurse’s office and I waited for my parents to collect me and take me to the dentist. As I waited the teacher asked me ‘ How on earth did you persuade all those boys to jump off the stairs, what made them follow you? I looked up to her and I never forgot what I said, with a bright smile with a big gap in my teeth I said ‘They wanted to fly”

They wanted to fly.

I’ve met many great people in my life time. I’ve had the pleasure of working with people a lot more smarter than I am. I’ve read inspirational books written by athletes , politicians, CEO’s each and everyone sharing their definition of leadership, but you know what? I think that four year old boy had the answer. People just want to fly. People want to achieve things that they never thought was possible, they want to go places they have never imagined before. They want to become better versions of themselves. They want to fly. They just don’t know how. It’s here that leadership comes into the scene. A leader provides people with the power and belief in order to enable them to reach levels they have never been to before.