Why you should turn your management team into a leadership team 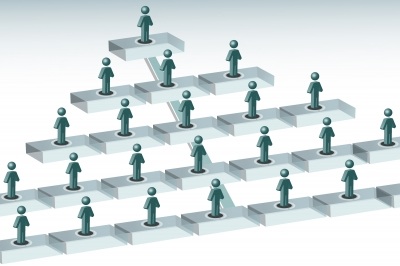 Image courtesy of DigitalArt at freedigitalphotos.net

Why you should turn your management team into a leadership team

Organisational reviews are common place in today’s economy. Companies are looking for any advantage they can find and if they believe this advantage can bring cost savings through a change in the organisational structure then they will use it. However, one thing stays the same and that is the management team at the top of an organisational structure. People may change and positions are occasionally added and removed but the philosophy behind creating a management structure is not only untouched but never questioned. In today’s difficult economic market maybe it’s time we look at changing this fundamental managerial practice.

When you start a role with a new company you are presented with a few things on your first day. You usually get an access card so you can get in and out of the office, details of your log-in so you can start work at your desk and a copy of the company's organisation chart showing the management team that drives the organisation forward. Go back a hundred years and a new employee then would have received a key to the office, a bundle of papers with a quill and ink in order to start work and a copy of the company's management structure. Two out of three items have changed dramatically when once there were keys now we have electronic access to buildings, where once there was ink and quills there are now computers providing access to millions of virtual files yet the management structure have stayed the same. It hasn’t evolved.

Management structures became common practice when the production industry increased in size. As it got larger the dissemination of information raised problems. The supervision and management of people got more difficult as staff numbers grew so an hierarchy of management was put in place. This common management structure was and still is considered the most effective method of managing people and therefore the company remains effective. Someone is responsible for a task and is responsible to their Manager who is in turn responsible to their Manager and so on until you get to the Chief Executive. Sounds familiar?

While everything else in business has changed the management structure hasn’t. Why is this so? The changes in technology throughout time are obvious because things are changing so fast and innovation is so prevalent that in everyone’s working life we see change. When I left school and worked in retail we had to produce receipts using dockets and carbon paper. A few years later when I worked in a Finance House our most valuable piece of equipment was the fax machine. Such items are now redundant in the workplace and many of you reading this will have similar stories of how the workplace of today is so different from when you first started. All technological changes are not questioned yet when you look at the essential component of any management structure – the people, we don’t consider that people have changed so the structure to managing those people shouldn’t change either. Yet people have changed and we haven’t fully realised it

The development of technology has changed society and changes in society have changed us as people. While not to the same extreme extent as technology, people have changed, their thoughts, the education the views of the world that our ancestors had are not the same that we have today. People today are working in a world that is far smaller than that of our ancestors. The connectivity we have makes communication easy both within and between borders. We have access to more information and different viewpoints than ever before. We have more shared experiences which means our expectation of what to expect from our Managers and the company is formed by society’s expectations rather than the expectations of our local community. As a result the Management of people has changed over the years, gone (hopefully) is the focus on micro-management and the reward/punishment approach and now managers are becoming more aware of the different factors that motivate and engage people in their work. In the past the focus was on hiring good Managers, now the focus is on finding good leaders – but the framework that we work within hasn’t changed. With dissemination of information becoming as easy as pushing a button and people’s work production becoming more transparent, the benefits of a Management structure no longer exists and it’s time for something new.

As the emphasis in the modern workplaces goes from management to leadership we are being confined by a structure that only caters for a managerial approach instead of a leadership approach. It’s time to scrap management structures and create a leadership structure for your company.

Before we go any further let me clarify what I mean about the differences between management and leadership. It may seem obvious but with so many different interpretations it is worth mentioning

The key difference is “influence” rather than “control” the reason why influence is now much more important than control is that you can tell someone to do something and they will do it with all their ability, yet if someone is influenced to do something because they believe in what you believe then they will do it with all of their heart. An organisation will produce better results if people work for something they believe in rather than being controlled to do it. A leadership structure is required to meet this need but what would it look like?

A Leadership structure has no fixed structure it abandons the traditional fixed format and embraces a more organic approach that is flexible to the requirements of the business. Decision makers are no longer collected at the top of the pyramid but are made by the people who are most qualified to make that decision. A collection of Senior Managers including the traditional CEO role are in place in order to do the mechanical work such as reporting and certain operational matters but the strength will come from the leadership roles, which may include some of the previously mentioned Managers but will involve approximately 18% of non-managers.

The leadership team will include employees that have an element of influence over their colleagues. Don’t judge their level of influence by their role but look at how they interact with their colleagues. Are they respected? Do people listen to them? Include these people as part of your leadership team and not only will you benefit by getting heard from a different view but more importantly these people will be invaluable in implementing new ideas and changes. The organisation will receive the key messages from not only their Managers but also their staff. This is vital for any major technological or cultural change.

In 1962 Everett Rogers an assistant professor of rural sociology at Ohio State University wrote a book called “Diffusion of Innovations” In the book he theorised at what rate new ideas and technologies spread and were adopted. People were categorised into one of 5 categories of how eager people are to change
2.5% of the population are Innovators
13.5% of the population are our early adopters
34% are the early majority
34% are the late majority
And the remaining 16% are the laggards. The people who are adverse to any change
We all sit in different categories at different times depending on the nature of the innovation.

The theory tells us that if you want mass acceptance of an idea then you cannot achieve it until you have reached the tipping point which is between 13-18% of the population. While much of the research that went into the Diffusion of innovations came from agricultural methods and medical practices I believe there is a valuable lesson for leaders of any organisation.

If you want to influence an organisation then you need 18% of that organisation to truly believe and buy into what you are saying. Your chances of achieving this will greatly increase if you have a leadership team instead of a management team.

The key to make this work is to establish a clear simple strategy and a strong set of tactics and values. Once established this needs to be maintained by an environment of open communication. It’s a brave step and maybe a step too far for some people but never forget that everything needs to be challenged if we are to survive even parts of our business that we thought were sacred. You can’t go somewhere new by keeping to the same path

“As we look into the next century, leaders will be those who empower others.” – Bill Gates

Mark Wager is an international author and one of New Zealand's leading experts on leadership. Mark specialises in developing leaders and teams through mentoring, coaching and team building workshops. To contact Mark please use the enquiry form below