Dealing with Conflict by Mark Wager 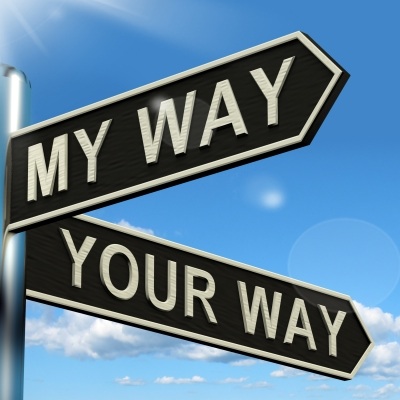 I do a lot of leadership coaching for managers from a range of industries and a range of backgrounds. Some Managers are very new to the leadership role while others are already in senior positions or directors of companies all of whom require different areas of development but there is one topic that is frequently raised and that is dealing with conflict. There is a misconception that leaders are naturally great at dealing with conflict but the truth is quite different. The ability to effectively deal with conflict is the most commonly discussed subject during coaching sessions.

In my experience, many senior managers, especially the ones who have strong subject matter expertise and/or have risen through the ranks very quickly tend to have issues dealing with conflict situations. It seems that people have not challenged the Managers so much during their careers because of their status as an expert or a fast track manager yet they reach a stage in their career when not only do people feel comfortable challenging them but are actually encouraged to do so. At this point we face another common misconception that there are a lot of people who think it’s wrong to challenge a leader over a decision. The opposite is true. A quality leader succeeds because they allow their ideas to be moulded and forged by the views of their team. Don’t get me wrong. Not every decision has to be made via a committee or have everyone’s agreement but a leader that does not encourage opposing opinions is a leader in name only.

It’s essential that a leader develops the skills to manage conflict. Luckily for everyone it’s a skill that can be learned. In this article I will touch on some practical tips that will help any leader through a conflict situation.

Step 1: Acknowledgement
The best way to view conflict is to see the person who is involved as a sailing boat. Not only do you need to take the wind out of their sails but you have to turn them around and back onto the right path. The first step is to acknowledge what the person is feeling even if you do not agree with the rationale as to why they are feeling that way. The majority of Managers make the mistake at the very beginning by immediately trying to debate the reasons of why they feel angry. This is wrong and only makes matters worse in the long term. By acknowledging (but not agreeing) their feelings it reassures the person that you understand that they are upset which immediately lowers their defences, effectively taking the wind out of their sails.

Step 2: Identify issues
Now that their sailing boat has stopped, it’s time to set a new course. This leads to the next step which is identifying the issues. This could take the longest time of all because the steps involved in resolving the issues are not always clear. They often get clouded by other factors which bury the true cause of the conflict. When dealing with this, aim to get the issues as specific as possible. Look for specific behaviours and observable actions. Stay away from judgements (e.g. he’s no good at his job, he doesn’t like me etc). Judgements can be debated but it’s difficult to debate an observable action (e.g. he came in 20 minutes late). This process may be long but there’s no way you can resolve conflict until you identify the real issues.

Step 3: Reality test
When people are involved in conflict they are often emotional and find it difficult to deal with issues in a logical way. The best way to start turning around the ship is to reality test their statements. By reality testing I mean getting the person to explore the consequences of their statements e.g. “I’m going to resign and walk out” can be said in the heat of conflict but consequences of making such a rash decision can have severe effect for both the employee and the manager. Coach them to explore consequences and solutions will start presenting themselves.

Step 5: Add value
The ship has turned around and now you need to pick up speed to get back on course. This is the solutions stage. Offer solutions to the issues that have been presented and explain how you can assist. The interesting thing with conflict is that often the needs of the parties involved with the conflict are perceived to be incompatible but this is rarely the case. If the needs were truly incompatible there wouldn’t be conflict in the first place. Conflict is generated in workplaces when a person’s personal values are perceived not to be reflected in the environment around them. Note I said perceived, people lack the tools to explore these misunderstandings and conflict generates as a result.

Resolution
The solution is on the table and all parties have agreed to the way ahead. The conflict is over or is it? Managers often believe they have resolved conflict when in fact all that’s happened is that the other party has given up fighting or has been beaten into submission. This type of false resolution just buries the disgruntlement which often is expressed in other ways in the future such as disengagement, moaning, back stabbing. All of which could have been avoided if the Manager had focussed the four main areas of resolution that people seek but often don’t realise they are doing so.

Closure:
Some people just want a decision to be made and to move on. They have little emotional engagement and just want things sorted out.

Intact relationships
Some people want the main outcome of conflict to be harmonious ongoing relationships. The issue itself is secondary. This fear of upsetting a relationship is often a motivating factor in avoiding conflict in the first place but doing so infects and festers in the relationship slowly killing it from the inside.

Defined process:
Yet some people value an open transparent process more highly than the issue itself. They can live with a decision if they understand the rationale behind it and why the decision was reached.

Respectful listening
Finally some people want you to invest time in giving them an avenue to explore their thoughts and emotions and just giving them your time and respect is enough to resolve their conflict.

Follow up
The ship has stopped and turned onto a new course. The final thing to do is to follow up. This is often looked at as the vital last step in resolving conflict. People are often happy that the conflict is over and are hesitant to approach the issues again but if the conflict is truly resolved then it good practice to touch base and check that everything is fine.

These are just a few tips and do not constitute an alternative to a coaching session with an experienced leadership coach. The aim of this article is to demonstrate that conflict is not something to be avoided. Constructive conflict is in fact something that a leader needs to encourage because conflict is not detrimental to success but a vital ingredient towards the path of success.