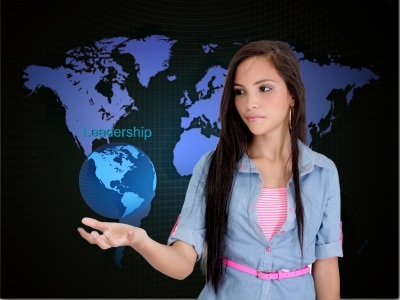 The role of a leader is to provide people with the belief and power in order to take them to a level that they've never been to before. This is not measured by the amount of glory they receive. Leadership and ultimately the leader's legacy is measured by the quality of leadership they leave behind. To value a leader's legacy look at the people they have inspired to start their own leadership journey and where that journey is taking them.

Many people praise Sir Alex Ferguson for his amazing managerial career at Manchester United . During his 26 years at the club, he won 38 trophies, including 13 Premier League and two UEFA Champions League titles. Yet an achievement which is rarely mentioned is the number of players who played for Sir Alex who later went on to become Managers in their own rights. Currently there have been over 30 including three current Managers in the Premier league Steve Bruce (Hull City), Mark Hughes (Stoke City) and Ole Gunnar Solksjaer (Cardiff City) all of whom have remarked on the influence that Sir Alex Ferguson had on their managerial career.

Leadership is not about glory. It's about legacy.

A manager delivers results but a leader creates an environment that delivers results long after they have moved on. The task of developing future leaders is a challenging one. Today's environment demands immediate results and working under this pressure can easily influence leaders to place a lower priority on tasks that produce long term results but provide immediate returns. Developing future leaders easily falls into this category. Yet the elite leaders always have the long term picture sitting alongside the current situation and as a result always find time to develop leaders and even more importantly they know how to identify those future leaders.

When organisations look to identify people who have the ability to become leaders they need to remember that anyone can become a leader, regardless of background or personality, but the issue is how much investment is required to get them to that elite leadership level. When highlighting their candidates who have the most leadership potential the majority of organisations fail and it's easy to understand why. Firstly people tend to focus on qualities that are very visible such as people who are confident, proactive and have a certain level of charisma and they overlook the qualities that are most difficult to develop but are essential for any leader. These are intelligence, passion and honour. Secondly identifying leaders is a bit like football management. We all think we can do it and we all feel we are great judges of character and ability but often we are not. I remember one time I had two Managers who approached me asking me to develop a lady that worked for me. They were confident she would be a great leader. Her performance was good, she was well liked and she said she wanted to be a leader. I agreed but it soon became apparent that she would never be an elite leader or to be more accurate she would only be a leader with a large amount of investment in time and training. She was nice but lacked the three main essential qualities that every leader needs, i. e. intelligence, passion and honour. Those same qualities which are most difficult to give people.

"The true sign of intelligence is not knowledge but imagination." - Albert Einstein

Every future leader needs a basic level of intelligence, they don't need to be a genius they just need to have the intelligence capacity in order to learn new skills quickly, be able to apply those skills and evaluate the results of applying those skills. Teachability is the key, if someone doesn't have it then it's almost impossible to give someone that quality.

"It is obvious that we can no more explain a passion to a person who has never experienced it than we can explain light to the blind." - T.S.Eliot

If you want to be successful you have to have passion. Without passion your dreams remain just that. Dreams! yet with passion those same dreams burn with a passion so intense that they become reality. Passion is something that costs nothing but can buy you almost anything. It enables you to pay the price of success. Paying the price of success is something that the majority of people are unwilling to do. Everyone wants to be successful but very few are willing to do what it takes. They want to be successful, they want to be a leader but they don't want to put in the work that greatness demands.

"I would prefer even to fail with honour than win by cheating." - Henri Frederic Amiel

If you go into the workplace and ask people to put their hand up if they think they are not an honourable person. No one and I mean no one will raise their hand. It's because we all think we are honourable and honest people but identifying this quality is so difficult. Look for people who place their own values ahead of personal glory. If you see someone who lies in order to get out of trouble or to win that is a person who you will not be able to trust in the darkest of times and if you can't trust them, then what chance does their team have. It's easy to follow instructions when everyone benefits from that decision but you see a persons true quality when they have to enforce a decision that benefits the greater need but is detrimental to themselves or people close to them. It is difficult to do and it takes a sense of honour, the kind of honour that exists within elite leaders.

So when you are looking at what leadership legacy you will leave behind, look at the kind of future leaders you have inspired. If the line of future leaders is a short one then it's time to do something about it look for people within your team who have those core leadership elements of intelligence, passion and honour.

Invest in future leaders because it's the actions of these leaders that will determine your leadership legacy far more than your own actions.

If you wish to engage in a conversation about developing new leaders feel free to join in the Lead with giants TweetChat on Monday 27th January at 7:00pm ET

By using a hashtag (#) people on Twitter can participate in a group discussion around a particular topic. We use #leadwithgiants to discuss Leadership and Life-Lessons. By searching the hashtag you see only the Tweets of others who include it in their tweets.