Leadership lessons from Sun Tzu and 'The Art of War" 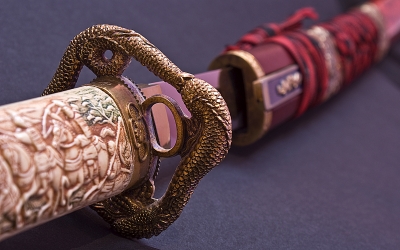 Leadership lessons from “The Art of War”

The most definite work on leadership was not written by Donald Trump or Richard Branson. It was written over 2,500 years ago by a Chinese military strategist.

Sun Tzu was a Chinese military general, strategist and philosopher born in 544 B.C.

Sun Tzu wrote a guide to warfare and strategy entitled “The Art of War” which has gone on to become the most famous book on strategy. Its teachings have been credited for assisting victories on the battlefields, on the sports field and in the boardroom. Today “The Art of War” is required reading in the United States military and CIA training rooms as well as boardrooms around the world.

While nearly everyone has heard of “The Art of War” very few of those people have actually read the “The Art of War” and even fewer have understood the lessons passed down to us. It reads like a series of notes as opposed to a book or a guide and over the years scholars have misread Sun Tzu and distorted his views in order to make them justify their own views.

I have summarized the main leadership lessons that I have learnt from “The Art of War” and have used Sun Tzu’s own words to illustrate the points. Looking at these ancient words and making sense of them through our 2013 eyes may be open to a lot of misinterpretation but one thing is clear. “The Art of War” was written for the battlefield but its lessons are still used effectively in boardrooms all around the world, in the past, present and will certainly be used in the years to come.

Knowledge is the key to success.

Wars during history were not always won by the biggest armies but by the smartest armies. If you want to be successful then remember the deciding factor that will determine the difference between success and failure will be found in your mind and not in your hands.

The first step towards knowledge and therefore success is self-awareness. You need to know not only yours and your opponents strengths and weaknesses but you need to know why people react in the way they do. It’s vital for today’s leaders to have knowledge of psychological preferences. There are many tools out there but I recommend the Myers-Briggs Type Indicator (MBTI). When using any psychological preference tool never forget they are just tools and will not fully predict the complexities of the human psyche but it will give you a guide as to how you and your opponent will react in different situations. It is this knowledge that will make the difference between success and failure.

“If words of command are not clear and distinct, if orders are not thoroughly understood, the general is to blame. But if his orders are clear and the soldiers nevertheless disobey, then it is the fault of their officers”

During my time as a Manager I believe that approximately 90% of all performance/ HR issues are as a result of miscommunication. If you want the role of a Leader then the responsibility of communication resides with you. When communicating if you don’t get the reaction that you want then you are not communicating in the correct way.  Apologise and try again in a different way.  If you’ve communicated in different ways and your message is still not understood then it’s the fault of the listener but never forget that the original responsibility is yours.

The determination of success is decided in the detail of the preparation and not in the final execution. Determine your goal then work out the strategy to achieve that goal, then the necessary tactics which will give your strategy life and finally the individual tasks that are produced as a result of your tactics.

When you face an opponent in any field, whether it is business, sports or warfare ensure you have been preparing longer and smarter than they have.  This will determine your success. If you don’t prepare and are still successful it doesn’t mean you are good, it just means you are lucky.

“There is no instance of a nation benefitting from prolonged warfare”

Every successful gambler will tell you their secret is not knowing what to bet but knowing when to walk away. You can achieve any goal if you are willing to pay the price that your goal requires. This price will involve some kind of sacrifice whether it is money, time, sweat or forgoing more fun activities (e.g. food, alcohol, time with friends etc). You need to determine if the price that you have to pay is worth the reward. If not then walk away and try something else because it is never going to work. However  if you are willing to pay the price then grip onto your dream with all your heart and never ever give up.

“A leader leads by example not by force”

In 1959 social psychologists John French and Betram Raven conducted work on the basis of power. Their research confirmed that one of the main sources of power between people is “referent power” which means that people will do tasks when the person asking for that task is perceived to be the subject of respect and have personal qualities that are admired. You can pay or even force people to do tasks and they will do it with all their energy but if they work for you because they believe in you then they will work with all their heart and you will be amazed with what they can achieve. If you want passion, loyalty, honour and commitment then you need to demonstrate these desirable qualities. This is what distinguishes a leader from a Manager

“Treat your men as you would your own beloved sons. And they will follow you into the deepest valley”

Everyone at some level wants to be valued for who they  are instead of what they do. If you want to be a Leader of people then they will only follow if they believe that you care for them. The most valuable resource of any team is its people so it is logical that you should allocate a sizeable amount of your team into investing in these people. Find out who they are, their background, their ambitions, their dreams and it is  in these details that you will find the clues that will unlock the loyalty and passion that you are looking for.

“Hence a commander who advances without any thought of winning personal fame and withdraws in spite of certain punishment, whose only concern is to protect his people and promote the interests of his ruler, is the nation's treasure”

When people ask me to sum up Leadership in just one word then I tell them it is simply “sacrifice.” If you want to achieve greatness then you have to want to achieve something that is greater than yourself so therefore the motivations for greatness have to be greater than any individual desire. If your motivation is individualistic such as fame or respect then people will see that in your soul and stop following you because people follow for what it means to them and not for what it means for you.

“The quality of decision is like the well-timed swoop of a falcon which enables it to strike and destroy its victim.”

As every comedian says it is timing that is the secret. When making a decision consider when is the perfect time that will improve the chances of getting the outcome you desire. I’ve seen people make the right business decision but ruin everything because of the timing of the decision. Sometimes we need to resist our natural urge and just pause and bide our time yet we also need to be prepared to take advantage of an opportunity if it presents itself. Be like the falcon. You very rarely get a second chance to execute a decision effectively.

Despite the advances in technology and how we as people feel we are more developed than our ancestors. The underlining principles of the strategy required in order to succeed hasn’t changed. The principles of success are the same today as they were yesterday it is  just that today we look for complicated answers for the problems generated by complex modern lives. It is time that we don’t ignore history but learn what lessons we can form the past so that we can have a better future.

“There are not more than five musical notes, yet the combinations of these five give rise to more melodies than can ever be heard.

There are not more than five primary colours, yet in combination

they produce more hues than can ever been seen.

There are not more than five cardinal tastes, yet combinations of

them yield more flavours than can ever be tasted.”