The Secret of The Top Performers On Wall Street 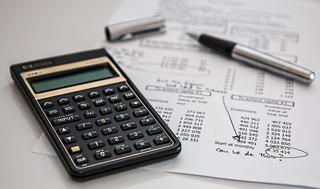 The Secret of The Top Performers on Wall Street

Wall Street in the United States is the financial Centre of the world. It’s the home to the New York Stock Exchange as well as NASDAQ and the people who work on Wall Street, especially the traders, are expected to operate at a very high level of performance, in roles where a good decision could make their company millions while bad decisions could detrimentally impact the future of businesses. So needless to say it’s essential that they are able to operate at their full potential. In order to do this, some of the highest performing traders, particularly in Hedge Funds, have a secret behind their success and in this week’s article, I will share that secret with you so that you too can perform at a higher level.

In order to perform at their best, some of the highest performing traders, particularly in Hedge Funds, have a secret behind their success and that secret is that they utilise a Performance Coach. This is someone who is able to identify the barriers that are preventing a higher level of performance whether they be technical, environmental or mental barriers and then working alongside the trader to put tighter strategies in place to overcome those barriers and as a Performance Coach myself I know firsthand just how powerful and effective these techniques can be.

It’s been estimated that one in five firms on Wall Street work with a Performance Coach, most of whom work on a contractual basis with the firms. The Performance Coach has confidential discussions with the employees usually on a monthly basis providing guidance, support and coaching. The most well known example of a Performance Coach working with a Hedge fund is Ari Kiev, a psychiatrist who worked with the traders at SAC Capital Advisors for more than a decade. Now people, particularly Managers in other businesses and industries around the world are also starting to see the benefits of this approach. There are many things a Performance Coach does to make high performers operate at their very best. As a Performance Coach myself, let me share with you some tips on how I work with my clients.

Identify the barriers to success.

In order to perform better you need to fully identify and understand the barriers standing between the life you are living now and the life you want.

I work with high performers from a range of industries and regardless of how unique their roles are the challenges they face always fall into one of three categories. These are either technical, environmental or mental. Technical means they are unable to perform better because they don’t have the necessary skills or knowledge. Environmental means that they don’t have the necessary resources such as tools, money, systems etc and the final barrier which is the most common is mental which is when a person’s internal narrative, that inner voice is self-sabotaging creating self-doubt, lack or motivation, confidence or assertiveness.

To be successful, mindset and attitude is more important than skills and resources. I’ve seen people achieve incredible things without the necessary resources but I’ve never met a successful person with a poor mindset.

Pressure comes with success. It’s   a package deal so don’t think pressure is something to be avoided, it’s not. To be a high performer you need to be able to accept and even embrace pressure.

It’s natural to try to avoid pressure or at least reduce the level of pressure that is on us and our colleagues yet this thinking is flawed. High performers operate at their very best when two things are present. The first is, when there are significant consequences, we naturally find the motivation because there’s something at stake that is significant to us. Imagine if your house was on fire, you wouldn’t run into the fire to get your wallet but you would run in if your child was inside. High performance requires significant consequences. The second thing that needs to be present is a high level of belief in one’s ability to complete the task. Consequences create pressure but when high belief is present then the pressure is embraced and high performance occurs as a result yet if there’s no belief then the pressure embraces the individual and performance goes the opposite direction and people fail miserably.

It’s not enough to achieve a momentary feeling of success. Once  experienced, success is something you want to continue feeling and that requires you to have the humility to constantly challenge yourself.

When a client of mine achieves their goal the last thing on their mind is to stop our coaching sessions because they know it’s one thing to be successful and another to continue to be successful. The key is open-mindedness. The world is constantly changing and so are your competitors. If you keep on doing the same thing then you will eventually be left behind as others gain that competitive advantage. To remain at the top you have to be able to adapt and be open to challenge all your assumptions. This enables you to stay in the present and enables you  to see and deal with whatever is going to happen in the future. If you are open minded then you are able to see the world as it is as opposed to how you want it to be. Having an ego will make you successful but you won’t remain successful unless you can control that ego.

The use of Performance Coaches on Wall Street still unfortunately has an aura of secrecy yet it’s not surprising because at the highest level even the smallest advantage can have a dramatic impact on who wins and who loses so the last thing people want is for others to know the secret behind their success but now more and more people are starting to learn the secrets of the world’s highest performers and within these secrets are the clues which can help anyone succeed regardless of their position or industry.