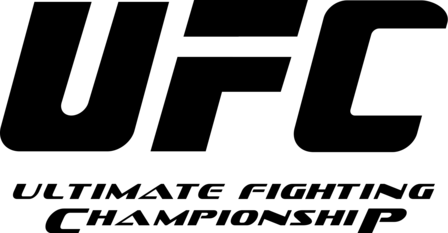 Imagine this scenario. You have the opportunity to buy a business, the business is a sport that is not sanctioned by many athletic commissions and is banned from appearing on Pay per view(ppv) which is the main source of income. All the image rights have been sold, including video games rights, the video library and the merchandising rights. For the cost of $2 million dollars all you get is a wooden octagon and three letters. UFC. This was the situation that Dana White and the Fertitta brothers, Frank and Lorenzo faced twenty years ago, when they made a decision that even their own lawyers advised against and one that very few people would take. They purchased the Ultimate Fighting Championship (UFC) and today the parent company Zuffa LLC is valued by Forbes Magazine at over $1.5 billion.

Today the UFC is the fastest growing sport in history with pay per view buys that are greater than boxing and wrestling combined. They have expanded all across the globe with their shows seen in over 150 countries and in 22 languages. The story of the UFC is a remarkable example of a business turnaround from being banned and bankrupt to becoming an international billion dollar industry. In this story are lessons in business that can help anyone who wants to be successful.

Have a clear vision

When the UFC originally started, the concept was clear. Invite fighters from different martial arts such as boxing, wrestling, karate, jujitsu etc and bring them together and see which discipline is the best. This worked well as a novelty as Royce Gracie beat much bigger opponents through the art of Ju-Jitsu, yet when Dana White and the Ferritta brothers purchased the UFC they saw things slightly differently. They saw the evolution of fighting, they saw what Bruce Lee did decades before he took elements from a range of martial arts to create a new martial art. They knew that highly disciplined athletes would learn from each other and instead of becoming a master of one discipline they would become world class at a range of disciplines. They didn't buy an event they purchased a brand new sport. The sport of mixed martial arts.

Lesson: In business, opportunities will present themselves when you have a clear vision that other people can't see

Never take no for an answer

The strategy was clear, to get the UFC onto national television and when people were exposed to the product they would then purchase to see more of the product on pay per view(ppv). The problem was that the UFC was banned by pay per view providers and many venues and the idea of television being interested was at the time laughable. The UFC didn't take no for an answer they proposed a set of rules and approached athletic commissions to sanction the events bringing a sense of creditability. They approached Spike TV with an idea of a reality show in which people would compete for a contract with the UFC. The answer was no, so instead the UFC paid for the show themselves at a cost of around $10m for the series and offered the show for free. It was an offer that Spike TV couldn't refuse and the Ultimate fighter reality show was born and one of the longest running reality shows still running today.

Lesson: In business, the most common word you will ever hear is "no." Don't make the mistake of thinking "no" is the end of the road. When you hear "no," all it means is that you need to do something different. Have a clear strategy and don't let anything get in the way.

If you compare the business model of the UFC to the business model of boxing, it's easy to understand why the UFC has surpassed boxing. Mixed martial arts is a sport but the general public is more aware of the UFC brand rather than the sport that the UFC delivers. Despite there being several MMA promotions the UFC has built a brand of putting on exciting fights to such a degree that people purchase tickets for an UFC event before they even know who's fighting. This not something you will ever see in boxing. In boxing the strength of the brand is with the fighters. Peoples lives pay to see Floyd Mayweather they pay to see Manny Paciquiao. In the UFC, the fighters are a significant draw but the bigger draw is the UFC name and sport. This has allowed them to continue building a business even when big named fighters have retired. In boxing, Floyd Mayweather's retirement has left a gap that may never be filled. Boxing never invests in "boxing" as a brand, they invest in fighter's names, yet the UFC does both. It invests in building fighters individual profiles but more importantly invests in building the brand of the UFC. At a recent UFC event in Australia, in addition to the event, they also provided a two day fan expo free of charge for visitors, including autograph signings, photos with fighters, question and answer sessions with fighters, interviews and educational events all while selling merchandise. Even though people went to see their favourite fighter, it was clear that it was a UFC experience at a UFC event.

Lesson: In business, always make sure that the brand of your product is always secondary to the organisational brand. This will guarantee long term success rather than short term gain.

The UFC is not only the fastest growing sport in the world but is an exceptional example of business practices. They have demonstrated how by having a clear vision, a cast iron determination and the skills to build a brand can turn a bankrupt business into a billion dollar empire and it's still growing. The UFC may be in the business of fighting but one thing is clear, even business when it comes down to it is nothing but fighting for success. We all have a fighting spirit. This is embedded in our genes and is nothing but our instinct of survival. Fight and succeed. Fight and survive. Fight and win. We can all identify with this in some form or other so there is no doubt why the UFC has gone from strength to strength.

About the Author:
Mark Wager is a Success Coach and a big fan of the UFC. Mark delivers individual coaching to anyone who is ambitious enough to complete at the highest level of their profession. Contact Mark via the enquiry form below to see how Mark can help you unlock your potential.