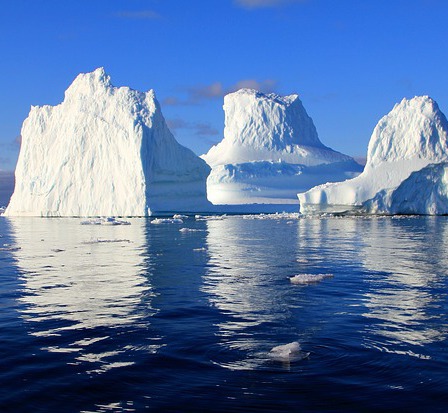 An iceberg is one of natures great wonders, a large piece of freshwater ice floating freely in water. An iceberg is beautiful and dangerous in equal measure yet what you see of an iceberg is just a fraction of what is going on, with typically 91% of an iceberg being submerged underwater. When I think of an iceberg it reminds me a lot of the challenges facing a leader.

We all fundamentally learn the same way although our methods and rate of learning might vary.

Think about how you learned to drive. Imagine  the first time you got behind the wheel of a car , were you instantly a perfect driver? No, you made mistakes like everyone did when they drove for the first time. Did  you make the mistakes on purpose? Of course not! You were trying your best but mistakes happened nonetheless either because you hadn't had enough practice at the time or you were just unaware that you were making mistakes. How did you realise that you were making mistakes? Well you most likely had someone next to you who was an experienced driver, pointing out the mistakes. This is a natural process of how people learn anything. We attempt a task, people point out what we are doing wrong and then we try again, repeating until we get skilled enough to perform the task on our own and we eventually get to the stage when we train other people. This is how all skills are learnt including leadership but leadership has one big difference, "the iceberg effect."

The challenge that is facing the majority of leaders. especially in Fiji is what I have termed. "The iceberg effect." A study on Fiji businesses conducted by the Australasian Leadership institute shows that there is a big disconnect between how employees perceive their leaders and how the leaders believe they are being perceived by their employees. This disconnect is not visible to the leaders and like the hidden part of the iceberg, it is here that the danger lies for the Leader.

The study on Fiji businesses showed that half of all Managers were rated by their employees as no more than average Leaders with one in five leaders rated as very poor. The study then goes on to discover that the three main issues that employees have with their leaders are poor communication, lack of motivation and lack of trustworthiness. There will be leaders reading this thinking that this information is not applicable to them and is only relating to other leaders in other businesses. This is very dangerous thinking and this is typically "the Iceberg effect" where  mistakes that leaders make every day are the result of not acknowledging their lack of skills because this has never been pointed out to them previously.

How to raise the Iceberg

The way to avoid the dangers of an iceberg is to be fully aware of how much of the iceberg is hidden underwater,  the same is true with leadership in business. If you want to avoid disasters that could damage your team, your business and even your career you need to know what you don't know. Just like how you learned to drive you need information on what you are unaware of, the things you are doing wrong so that you can improve your leadership skills and with better leadership skills you get more motivated staff which leads to more productivity which in turn leads to more profits.

The most common way that companies address this "Iceberg effect" is by running professional employee satisfaction surveys, also known as employee engagement surveys. This is when an outside organisation asks the employees of a company to provide feedback on what they feel about the leadership in the organisation and the level of connection they feel. The information is gathered confidentially and reviewed to ensure the feedback is credible. This provides leaders with the information they need to avoid future dangers and make decisions based on reliable data to take their team to a higher level of performance.

People don't know what they don't know and in many aspects of life that is is ok because you will learn from your mistakes but with leadership in business any mistake could have significant consequences. Successful careers and businesses are built on the ability to see dangers before they arise just like when a ship sees an iceberg the Captain is aware that the danger doesn't exist in what he sees but the danger exists in what he does not see.