The Four Most Common Ways Managers Annoy Their Team 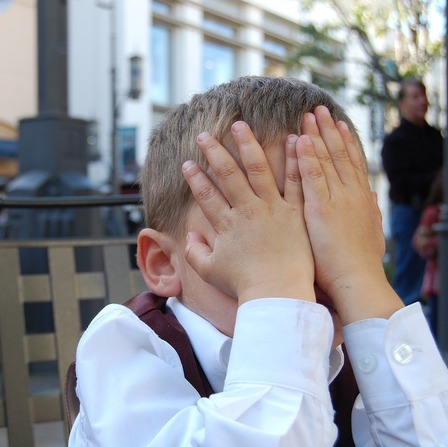 The Four Most Common Ways That Managers Annoy Thier Team

If you are a Manager with the responsibility of leading a team and you want to become better, then a simple technique is to put yourself in the position of your team members and ask yourself what type of Leader would you want to work alongside. The sad realty for today’s workforce is that the a significant number of the workforce are not happy with their Manager. A study by The Australasian Leadership Institute discovered that approximately a third of all employees rated their Manger as being a poor Leader. Everyday Mangers do things that annoys their team and a lot of time they are unaware they are doing so. In this  article I want to shine a light on the top four things that Managers do that annoy their team.

This has become a trend over the past five years, usually the Manger has seen an interview with Entrepreneur Elon Musk or read an article about Google, both of whom have pioneered the approach of setting targets that appear to be way outside the ability of the team with the intent to inspire. It’s a great idea in theory but ideas only work if they are applied correctly and when it does not have an unrealistic process or environment to achieve. Targets are worse than having no targets at all because if people feel the targets are so unrealistic that it’s demotivating, the consequences are opposite to the results intended.

I get emails from Managers who ask me what they have done wrong, they’ve set high targets but instead of inspiring the team they’ve actually demotivated the team instead and they are confused because it works for Elon Musk so I reply that it’s because they are not Elon Musk. Setting high targets only work when the team has a belief that the impossible may just be possible either because their Manager has a track record of continued success or has a compressive plan that the team believes in. If not then the only result to be  achieved is annoying the team.

If you are a Manager and you have asked your team or members of your team to attend a meeting and during the meeting someone asks “what is the point of this meeting” then that is not good news because you have either not communicated correctly with your team or you are just wasting everyone’s time, both of which people find annoying.

When you become a Manager meetings become an unavoidable part of life but you should never forget the purpose of meetings. They are a tool to either make a decision or to share information. Regardless of which purpose both outcomes are greatly increased if everyone knows prior to the meeting the purpose of the meeting and what is being discussed and what is required from the attendees. If you do this then you will save a lot of time and avoid a lot of annoyance.

Have you ever been in a situation when a Manager asks the team for feedback on a situation yet whenever someone raises an opinion that is different to the Managers it is immediately ignored? When I coach Managers we often conduct 360 feedback surveys in which the team members provide me with feedback on the Manager and consistently one of the most common complaints is that “my Manager doesn’t listen” or “”They only want us to agree with them” so can you imagine how annoying it must be to be in a situation that you are only listened to if you agree with the Boss?

The truth is despite how much a Manager tries to be approachable employees tend to communicate with each other quite differently than they do when they are talking to a Manager. It’s down to power dynamics and cultural norms, people are naturally reluctant to disagree with a Manager so when they do it’s the obligation of the Manager to consider all possibilities and to encourage the team to speak up when they disagree. It  doesn’t mean they are right but having a team that says nothing is much more valuable than having a team that only says yes.

4. They say they don’t want you to be stressed but they are causing the stress

I have to mention this one because when I look back on my time as a Manager this was something that I was guilty of. Often I would talk to the team about the need to manage their stress levels, I would encourage them to have lunch breaks, I would remind them not to work late yet my actions didn’t match my words because I would then increase the sales targets or demand that the report that was needed by the end of the week was  now needed tomorrow which obviously caused more work and more stress. I didn’t want my team to be stressed but it was me that was causing the stress.

There’s been a noticeable change in Leadership styles during the past five years. About ten years ago it was all about the grind making people work as hard and as long as possible and rewarding those who did so, encouraging people to work longer hours in order to be considered for a promotion or bonus. This thinking is now changing. Today we are starting to realise that putting people under intense pressure and high workload is not effective and any short term benefit you gain is lost long term with increased sickness levels, absences from work, tired, demotivated employees and high turnover of staff. So learn from these mistakes and instead of telling your team not to be stressed instead ask yourself if you are the actual cause of the stress.

Managers have the responsibility of leading a team but it’s difficult because leadership is not easy. You can take steps towards becoming a better leader by putting yourself in the shoes of your team and start viewing the workplace from a different angle and you might just find that there are times that instead of helping your team, you are in fact annoying them.