Why Good People Can Turn Into Bad Bosses 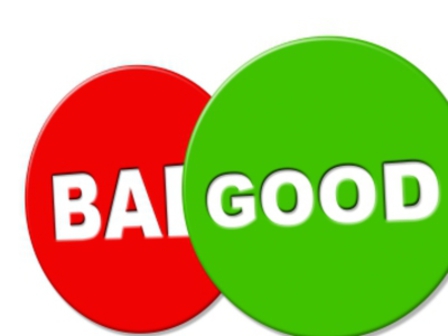 WHY GOOD PEOPLE CAN TURN INTO BAD LEADERS
By Mark Wager

A recent survey revealed that one in four people have a boss that they consider to be a poor leader. The same survey also showed that even though their boss was a poor leader they were also considered to be hard working good people. How does this happen? How can good people who have good work ethics find themselves in a situation that they are considered by their team as a bad leader?

I have never met anyone who set out to be a bad leader, they don't intend to go into the workplace to demoralise people, to make other peoples lives miserable yet this happens in workplaces around the world. There are many reasons why this happens and not all are due to the fault of the bad leader.

A lot of people that approach me for coaching are people who are considered to be technical experts by their company and have been given a promotion for their hard work. The problem is that managing people requires a set of skills that not everyone is comfortable with. Companies often make the mistake of treating Managers different to every other role and it's usually the only role that doesn't come with a training package. This results in new Mangers being appointed vastly underprepared for the challenges that managing people brings.

If you want to get an idea of the qualities of a Leader then look at the people who report to them. It's there that you will see the leaders influence and it's the behaviours of the employees that you will see are a reflection of the leader. Bad leaders are only allowed to exist because other poor leaders allow them to. If you report to a bad boss then the chances are that your boss reports to an even worse boss. In this case the boss doesn't recognise leadership so it's no surprise that they don't look for it when recruiting.

Leaders influence via their skills and behaviours. How they react to every situation and how they communicate regardless of whether the actions are intentional or not still influence their team. To do this successfully requires a good level of emotional intelligence, knowing how you react to situations and how your actions are being interpreted by those around you. Of all the leadership skills, emotional intelligence is the most difficult to develop, yet when recruiting, it's often overlooked when hiring a new Manager.

If an organisation wants to succeed then it's essential that they have succession plans in place to deal with the loss of any Manager. The organisation must always remain more important than any individual and every company must be willing to invest in a leadership development programme in order to develop leaders at all levels of an organisation. Not only will this assist with finding future Mangers but will also motivate all employees who you invest in.

A lot of leadership training workshops are very ineffective. The main reason for this is that there has been a lot of advancement in leadership theories during the past five years which a lot of trainers are unaware of so are applying techniques that are out of date and ineffective. A lot of outdated theories focus on leaders changing behaviours at will to meet differing circumstances but in practice, a couple of days after the training, people find it hard to do so after training because of unconscious fixed beliefs and fears of ingrained habits. For this reason, modern leadership theories focus on leadership psychology in order to attain flexibility to apply effective leadership.

The role of a Manager can be a lonely place, especially if things are not going well. This can cause a high level of stress and how people react during stress is to focus on areas they are most comfortable to the detriment of other areas. In workplaces it's common to a see a stressed Manger who has strong subject matter knowledge become too involved in the detail. They think they are helping and their subconscious mind exaggerates everyone's need for their help. In reality they start micromanaging people and stop delegating.

Life with a bad boss is difficult but take some consolation from the fact that your boss is deep down a good person who is struggling in the role most likely because of circumstances outside of their control. Never forget that no matter how bad your boss is, its you and only that has control over how you feel, that is your power and never give that power up.