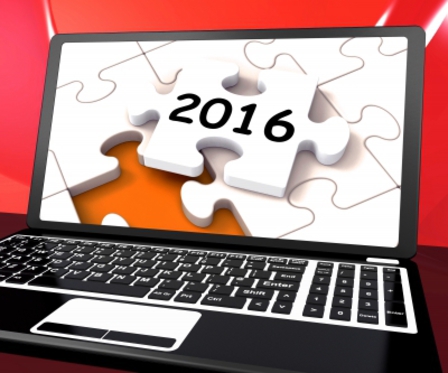 How To Make Your New Year Resolutions Work.

The new year brings with it new opportunities and it's that time of the year that people traditionally put together their new year resolutions in a list of changes that they want to make to their lives. Some people have personal resolutions such as losing weight, or starting a new relationship or business while others have professional resolutions such as getting a promotion. Whatever the resolution, people make commitments to themselves to change their lives for the better.

The problem is that the vast majority of people will fail with their resolutions. Studies have shown that around 75% of people will fail their resolutions within the first month and 90% by the end of the year. The question is why do so many people have good intentions to change their lives but end up failing? What I want to do is to spend a few minutes with you to explain how you can follow some steps which will ensure that you keep your resolutions and live the life you want.

If you want to change your life then two main things need to be in place. Firstly the change you want needs to result in a reality that is better than the life that you are currently living and secondly you need to have an undeniable belief that the change is possible. If you do not have these factors in place then you are destined to join the 90% of the population who will fail their goals. Let me explain these two factors in detail so that you can make sure they are present.

Human beings have instincts that drive behaviours, these instincts are primal and have been with us since the dawn of time. No matter what we consciously think these thoughts will always become secondary to your primal instincts. In order for your resolution to work the change you want needs to be linked to your most powerful instinct which is the avoidance of pain. We are wired to avoid discomfort and are attracted to pleasure so your resolution needs to focus on pleasure. This will trigger your primal instincts which will in turn provide all the motivation and drive you need.

By way of example if you have a resolution to join a gym, then your focus will be on exercising which in turn results in short term discomfort. You are consciously focussing on exercising but your instincts will eventually override your behaviour in an effort to avoid pain. This is why 90% of people who join a gym in January stop going within three months. Yet a simple change of focus will result in a very different outcome. Imagine instead of having a resolution of joining a gym your resolution was instead becoming healthier in order to enjoy life more & live longer. Joining a gym is part of this resolution but is not the main focus. This changes the focus from the discomfort of the gym into the pleasure of a healthier life. This utilises the immense power of your instincts to drive you towards your goals and not take away from them.

The second factor is having the belief that you can achieve your resolution. No one can ever consistently achieve at a level that is above their level of belief. You will be amazed at how much your belief can limit your success.

On the 5th May 1954 the world record for the mile in men’s athletics stood at 4:01:4. This record was in place for nearly nine years. During this period the world's greatest athletes attempted to break the record and failed. It seemed such an impossible goal that newspapers speculated that man had reached its physical peak yet on the 6th May 1954 on an athletics track at Oxford University everything changed. Roger Bannister was a medical student at Oxford University and on the 6th May 1954 he raced a mile in 3:59:4, the first man in history to run a mile in under four minutes. The impossible goal suddenly became possible and athletes around the world started to believe. The record only lasted 46 days and within the next 3 years 16 athletes broke the 4 minute barrier. Belief is essential for success.

There are many methods to build confidence including some advanced leadership psychology techniques but the simplest is preparation. The more prepared you are the more confident you will become. If we use the previous example of living a healthier life you would be confident that you can achieve this if you join a gym yet imagine just how much more confident you would be if you researched what foods you should and shouldn't eat, if you researched which exercises you need to do and you know what metrics need to be in place where it's your weight of BMI (body mass index). Your belief will increase in proportion with your level of preparation.

The new year can bring a host of opportunities to change your life for the better. The key to having a resolution that works is to imagine a reality that is better than you live in today and have a belief that your new reality can be realised. A special thank you for reading this article have a happy new year.

Dream big and live the life you want.

About the Author:
Mark Wager is a Leadership Coach who specialises in providing people with proven techniques and strategies in order to succeed in business and in life. Mark provides individual coaching as well as a range of leadership workshops.