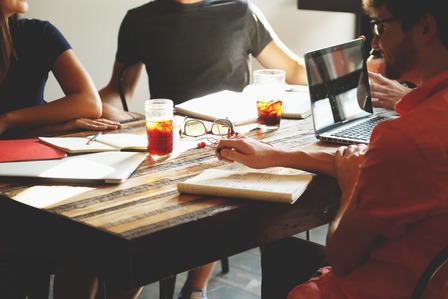 In my experience the best Leaders are also the best listeners. The ability to listen is one of the most underestimated qualities that Leaders require in order to be successful, we spend so much time focusing on communication, learning what to say, how to say and when to say that it’s easy to forget that communication is worthless unless we are willing to listen. When we take time to listen it sends clear messages to the talker. It tells them that we value them and we care for them and that we can make a big difference in the workplace.

Let me tell you about a study. It was a simple one from Hawthorne works at Cicero in Illinois. The original intention was to find out about the effect that the level of light has on the productivity of a team. This is what they did. They entered an organisation and turned the light up and what happened? Productivity went up. A  few weeks later they went in again and they turned up the light even further and again productivity increased. It was as this stage they decided to do something different. They went back in and turned the light down to the level that is was at the beginning of the study and to their surprise productivity went up again. So they turned the light down again to a lower level than it was at the beginning and again productivity went up. The researchers didn’t know what was happening and this didn’t make sense. How come productivity went up when the light level increased as well as when it went down? They soon discovered that after interviewing the employees, every time the light went up and down they felt that someone cared for them. They believed that because people went out of their way to listen to them and adjust their environment it was a sign that someone cared and were interested in them and when people feel valued their motivation increases and so does productivity.

If as a Leader we don’t take time to listen to our team then we are not truly leading. People want their Leader to value them, to look after them and this can be shown in many w. You can introduce new Human Resource policies, you can increase salaries among a multitude of actions. Leaders can take  the most simplest steps to achieve this and sometimes the most powerful action is to simply take time out and listen and by this I mean truly listen. In his book “How To Win Friends & Influence People” many of his golden rules involve listening. He said that to be a god listener, encourage others to talk about themselves, become genuinely interested in other people. Try honestly to see things from the other persons point of view, and be sympathetic to the other persons ideas and desires.

Have a wonderful week