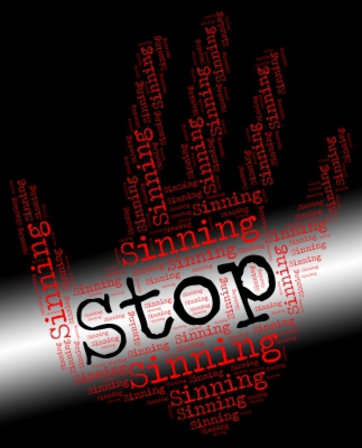 During my twenty five years as a Manager I've had the wonderful opportunity to be placed in every leadership scenario you can imagine. This has resulted in some wonderful personal successes and yes some failures as well. When I look back and analyse my failures the reason behind them very rarely originates from a failure of leadership theory or technique but rather a failing of me as a person. This is why when I help companies select leaders I always look at the personal qualities of the candidates, their values, their attitude, what they stand for and what they believe in. I specialise in teaching leaders practical tools and techniques which help them deal with performance issues and I'm an expert in teaching people about the psychology of human behaviour yet the personal qualities of an individual are much more difficult to train as they have been developed over a lifetime.

Pride
For regular readers of my articles you will already be aware of the importance of self belief in leadership. In order to achieve, you first have to believe but when that belief starts to drown out the views of other people then your pride starts to work against you. A quality leader has pride in their ability but they also have a healthy amount of humility. It's humility that allows the leader to keep their ego in check and make sound decisions that benefit the team rather than individuals.

Anger
Losing your temper can destroy relationships and reputations in minutes that took years to build. Everyone gets angry,it's a natural human reaction which helps us highlight areas of our lives that we are not happy with and motivates us to change. The problems occur when the leaders level of emotional intelligence allows the anger to be more than just a warning sign and instead allows the anger to take control. Once in control you are operating in an unnatural state, a state that you have far less life experience in than your usual state so the quality of decisions and the nature of communication both become very ineffective.

Indecision
There are a lot of benefits of being a collaborative leader that seeks everyone's opinion but a leader is judged by the quality of their decisions and there will be occasions that a leader needs to make an instant decision without the input of others and there will be times you will have to make a decision that is not supported by the majority. With each moment a leader hesitates the team starts to question the leaders creditability. Its difficult to follow when the leader isn't sure of the direction.

Cowardice
This is an emotional topic. Just the mention of the word cowardice evokes imagery that no leader wants to be associated with but this sin is far more common than you would want to believe. I've never met a leader who admits to being a coward but I've met many who are. They cover this up with excuses and blame and phrases like "it's not my fault," "it's nothing to do with me," "I don't have time to deal with it," become all too common. Masking the lack of managerial courage to takes place to such a degree that it convinces the leader that the problem is with everyone else and not themselves. Leaders require courage in order to take a stance and deal with issues that others will ignore.

Dishonesty
I've hired many people in my career, I've hired people I like and I've hired people I don't like but I've never hired anyone who I didn't trust. A team requires trust in order to be effective and the trust in the leader is the pillar of that team. If it doesn't exist then the team will collapse. Trust is built in one way and that is by continuing to do what you say you are going to do. Too often leaders make small promises that get lost in the sea of prioritisation and while this doesn't seem a big deal it creates a thought in the team that the leader can't be trusted. If you say you are going to do someone then do it even if it's something trivial like sending an email and remember in any relationship nothing is trivial.

Leadership starts within. If you want to be a good leader then you need to focus on becoming a good person, a person with strong values and beliefs. If this can be done then the more technical aspects of leadership can be learnt as long as you have a foundation that avoids the deadly sins of leadership.

About the Author:
Mark Wager is an Author and world authority on Leadership Psychology. Mark offers individual coaching to leaders who wish to seek every advantage possible in order to become successful. If you want to discover the strategies and techniques that will make you a more effective and inspirational leader contact Mark today via the enquiry form below.