How Your Business Can Break Through Barriers 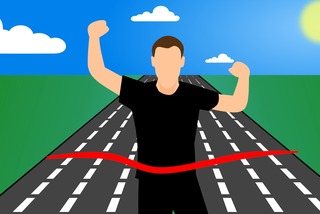 How Your Business Can Break Through Barriers

Everyone who has business regardless of whether it’s a start-up or has  been around for generations, share the same vision. They want the business to grow and get bigger and better but there are always barriers in the way. The barriers that stand between where a business is today and where it wants to be are many and varied. Maybe  they lack financial resources, maybe their workforce are not skilled or motivated enough or maybe the market just isn’t big enough. Yet there’s another barrier. One which many business owners often overlook. It’s  a barrier that makes every other barrier more difficult. The barrier I’m talking about in this week’s article is the level of mental toughness of the business owner.

“Your ability gets you on the ladder of success but it's your mental toughness that determines how far you climb.”  Mark Wager.

Without mental toughness there will always be a barrier that will prevent you from achieving what you are capable of. Many a time, that barrier is put in place by the expectations set by other people, other people telling you what you are and more importantly what you are not capable of achieving, telling you that the success you seek belongs to other people, people not like you. These barriers remain in place until someone decides to challenge them  and discover whether they actually exist.

Let me share a story with you of how someone with mental toughness challenges a seemingly impenetrable barrier and what happened next.

On the 6th May 1954, one of the most historic days in athletic history, was when the world record for running a mile in athletics stood at 4 minutes 1 seconds. This record had stood for nine years which in the athletic world seemed like a lifetime and was considered a record that would never be broken. A national newspaper in the United Kingdom had even published a story suggesting medical evidence that proved that man had reached his peak performance and it was impossible to run a mile in under four minutes. It even suggested that a man would combust if he ran under four minutes and while that statement was dismissed by many people at the time, the idea that man had reached his physical peak had not. The four minute barrier was considered the ceiling of performance that would never ever be broken yet on the athletes track at Oxford University, that barrier was challenged and the world changed . A medical student Roger Bannister didn’t accept the limitations that others placed upon him and on 6th May 1954 he broke the world record and the four minute barrier by achieving a time of 3 minutes 59.4 seconds. The glass ceiling that everyone thought existed was shattered.

What was considered impossible was now proven to be possible and the impact was dramatic. Within 46 days the record was broken again and within three years 16 athletes had broken the four minute barrier that only a few years prior was considered unobtainable. Today over 20,000 athletes have run a mile in under four minutes including high school students. The barrier that prevented people achieving success had only existed in their minds and once it was removed a whole new level of performance was possible.

Our mind tells us how the world is and our place within it.  It tells us what is possible and what is not. Our mind places limitations on us in order to protect us and keep us from harm. It's the reason why the human race has survived over the centuries. We know we can push ourselves but we are aware of our limitations so we don't push so far that it endangers us. Our mind is a beautiful and complex thing but here's the thing. Our mind is not always right.

If you own a business there are many barriers standing between you and success but the story of Sir Roger Bannister showed us that there are some barriers that we believe exist and can’t be overcome but in reality they are not as unobtainable as we originally believed and it’s only when other people overcome those barriers that we gain the self-belief to do likewise, yet we don’t have to wait for other people it’s you that can be the trailblazer.

Never accept your barriers as reality, accept them as assumptions and be prepared to challenge those assumptions. Don’t  fall into the trap of believing “we’ve always done it this way” or “there’s no need to change” the most successful businesses in the world have the ability to challenge what has gone before and have the courage to test the boundaries of what is possible. No-one believed that your phone should also be a computer until Apple introduced the iPhone, everyone was investing in video rental stores until Netflix introduced a streaming service both companies challenged the barriers that prevented other companies from doing the same and when they did they paved the way for other companies to follow and now very phone in the market is a smart phone and industry giants like Amazon and Disney have launched streaming services to challenge the industry leader Netflix.

I will leave you with a question, there are barriers standing between you and success but which ones are real and which ones are not and do you have the mental toughness to discover the difference between the two

The Author of this article Mark Wager has limited availably to coach ambitious Leaders who wish to achieve a higher level of performance. If you are interested then you can contact Mark using the enquiry form below