How To Receive Feeback 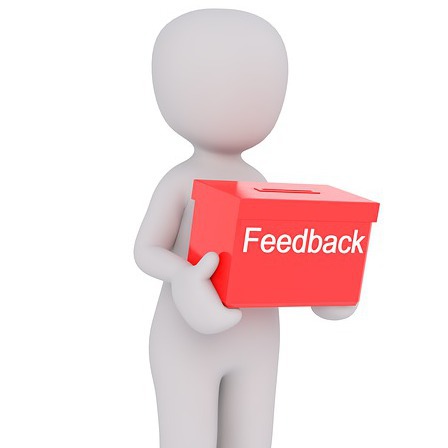 How To Receive Feedback

The journey to become an effective leader is a long and difficult one. There are many barriers that prevent leaders fulfilling their potential which explains why there are such a few great leaders in business. Of all the barriers the most significant one to overcome is to close the gap between how leaders are perceived by their team as opposed to how they see themselves.

With every situation there is the reality and then there is different people's perception of it. For everyone the reality is the same but because we are all complex and unique individuals we have different perceptions of the same reality. This perception differs from person to person and influences our actions causing us to react differently to the same situation. Our unique perception is largely based on our prior knowledge, beliefs and values. Imagine a scenario outside of work , a teenage child comes home later than the agreed time. How do the parents react? Some may think it's natural to instantly hug the child because they were worried about them and thought there may have been in an accident, yet others may react angrily because they hadn't been called and their instructions to come back by a certain time were disobeyed. People react differently to the very same situation. What is true in life is also true in leadership and the most successful leaders are the ones that can understand how people's perception of them differ from their own perception of themselves. Understanding oneself allows a leader to read the situation and adapt their behaviours accordingly. The only way to do this is by getting feedback.

There are two significant challenges in getting the necessary feedback to improve as a leader. The first is getting the feedback in the first instance and secondly, interpreting the feedback correctly. People are reluctant to give their leader feedback because they are unsure about how the leader will react and this problem and this gets more challenging higher up the corporate ladder. When I coach Executives this is one of the first areas we work on. The second challenge about interpreting feedback in the most effective way after it has been received is equally if not more important. Here are a few tips for leaders.

Be aware of your own bias

When we receive feedback it's natural for people to focus on the feedback that is closest to their own deep held perception. This bias can cause issues as the leader may discuss feedback by becoming defensive and "explain away" the comments. This leader then misses out on valuable feedback which can tell them the whole story instead of just their personal view. Leaders only improve when they have the full story.

Leaders need to know the reality of the situation even if it's not the reality that they want. Have the courage to be open to others people's views even if their views differ from their own. This is not an opportunity to argue but a chance to find ways to become better.

For every situation there will be a wide range of different perceptions and the greater the number of people involved the wider the range of feedback. No matter what happens some people will love and some will hate with the majority of people falling somewhere on the scale between. The key to success is knowing which is the right feedback to listen to and the answer depends on the credibility of the source.

The most effective feedback comes from the most credible sources. The best way to determine if a source is credible or not is to look for an explanation behind the comments and whether that explanation contains specific behaviours. Anyone can say anything and to them it's valid and needs to be respected but unless the comments can be supported by specific examples then it's difficult to use that feedback to make improvements. If a leader has someone who is willing to give feedback then that person is a valuable resource and they need to be encouraged to provide as much feedback as possible.

One of the best pieces of advice that I've heard is that whenever someone gives you a compliment use that opportunity to say thank you and ask for what in their opinion is the one thing that you could do better. It's important to note that while compliments make you feel good, constructive criticism is more important as it can help you become a better leader.

There is no criticism only feedback

When someone respects you enough to give you feedback it's important that you don't argue for several reasons, firstly you are likely to discourage people from giving you further feedback, secondly like the blind men and the elephant the viewpoint of the person for them is valid even if you agree and thirdly you may well think differently about the comments when you've had time to absorb and think over the comments. The best response for all feedback is a simple "thank you"

Taking time to think over feedback is valuable as it turns criticism into feedback. When contemplating ask yourself is the feedback a "blind man and the elephant situation" and is only said because they don't see the whole picture? Other useful information to find is whether other people raised similar comments to you? Is this something you already knew, was there a limitation and are there other people who you can ask to verify the feedback and do they agree with the comments?

Wherever the feedback comes from whether it's from a boss, a follower, a colleague or from a Leadership Coach like myself it's a wonderful opportunity for a leader to develop. Yes criticism can hurt and it can be emotional but if you open yourself up to these comments then at the same time you open yourself up to become the leader you have the potential to be. 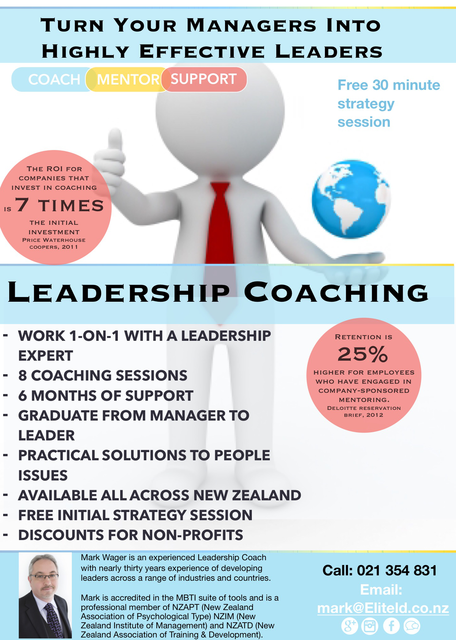